Workki is a new chain of co-working spaces, with the first one opened in the Neo Geo complex near Kaluzhskaya underground station.

The core concept of the project is the creation of a comfortable environment for small companies and start-ups operating in big cities. Workki's special feature is that it has not only mini offices which are to be rented, but also a fully developed infrastructure: all residents of the co-working can use meeting rooms, lounge areas and game rooms, receive personal mail via community managers and hold working meetings in the open meeting areas.

The core idea behind the planning decisions was to place the office spaces as close to the windows as possible while using the central areas for public spaces such as conference rooms, recreation areas, kitchens, etc.

Therefore, the perimeter part of the buildings is designed in a simple and concise style and houses offices separated by glass partitions, whereas the central part of the space features the more interesting and appealing areas.

This principle led to the idea of separating functional zones by the use of different materials: the central space features finishing of veneer with brightly colored elements.

We also wanted to make the best use of the double-height space in one of the buildings, so it was used as a multi-functional amphitheatre providing the connection between the levels, and the central part is used by the residents for recreation, negotiations or general meetings. On Fridays, the same area is used for films and lectures.

Neo Geo Business center is located in a building of the former machine-tool plant "Krasny Proletary". The legacy of the industrial past included large windows, good acoustics and a double-height central part of the building. Therefore, we wanted to use the existing indoor industrial constructions in the design of the office space as much as possible.

They remain unconcealed in the interiors and are painted in the contrasting colours of the brand.

The interior is visually lightened by the geometric patterns on the walls and bright colors: a part of the furniture and fixtures are blue and yellow, the brand colors of the co-working.

All the carpentry such as desks on metal frames, round tables, racks and stands are custom-made by the Russian manufacturers based on the drawings of the architects.

Workki is first and foremost a project for young people who are starting their business, work a lot and are ready for impressive and fascinating ideas. This is why we wanted to create an open and comfortable atmosphere which made visitors feel like staying here for a long time. Each part of the office is designed to have recreational areas and areas for group work. All parts also have mini-meeting rooms for Skype calls, where you can talk without being heard by the other people in the office; the design of all the areas makes them functional and convenient for residents.

Special attention in the design was given to planning decisions, as our main objective was to create a united space between the offices, which would consist of open public areas. This solution created an opportunity to avoid using a corridor-based pattern in spite of an extremely limited floor area.

This space became the core of the entire premises and its main point of attraction. 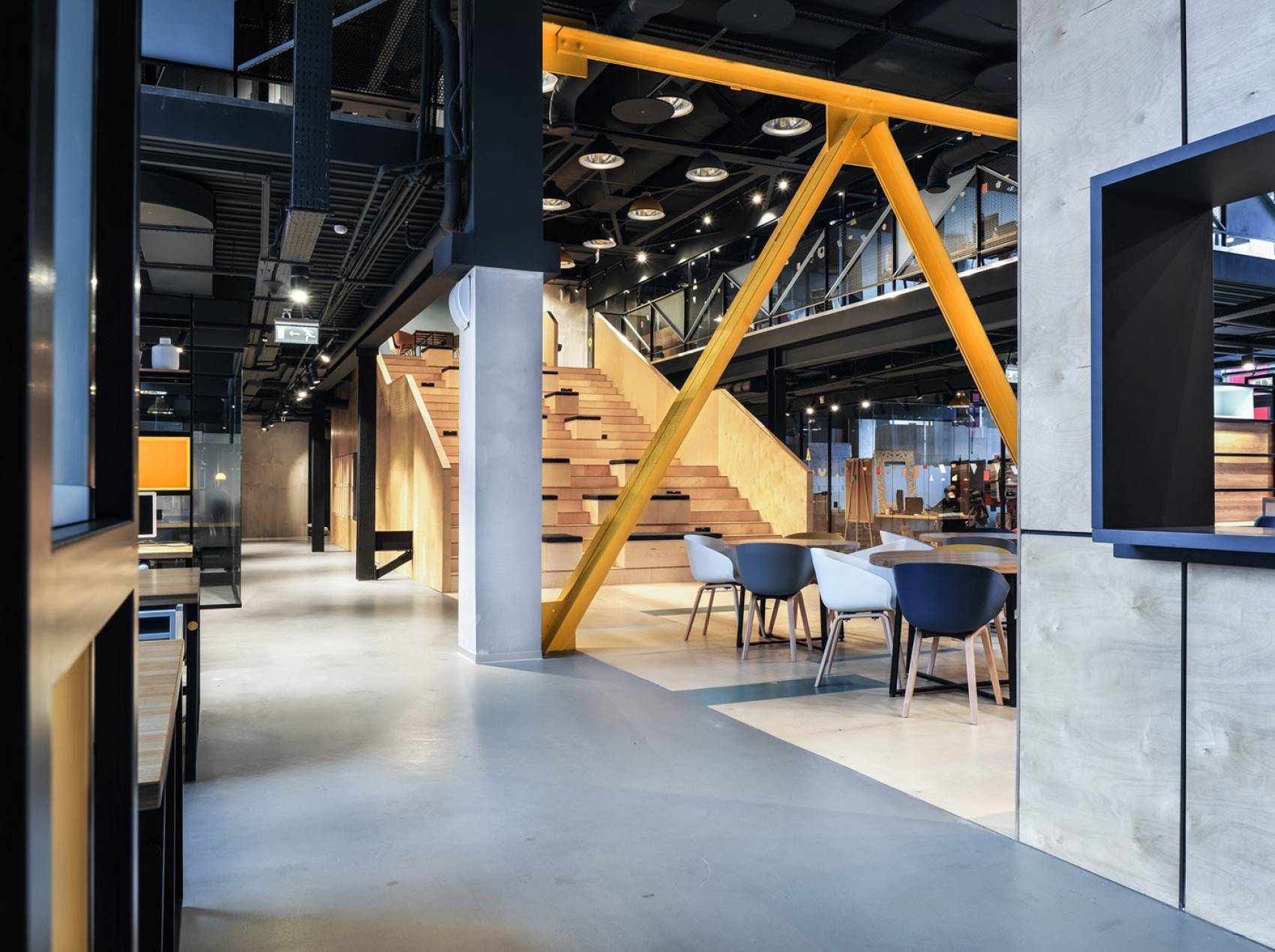 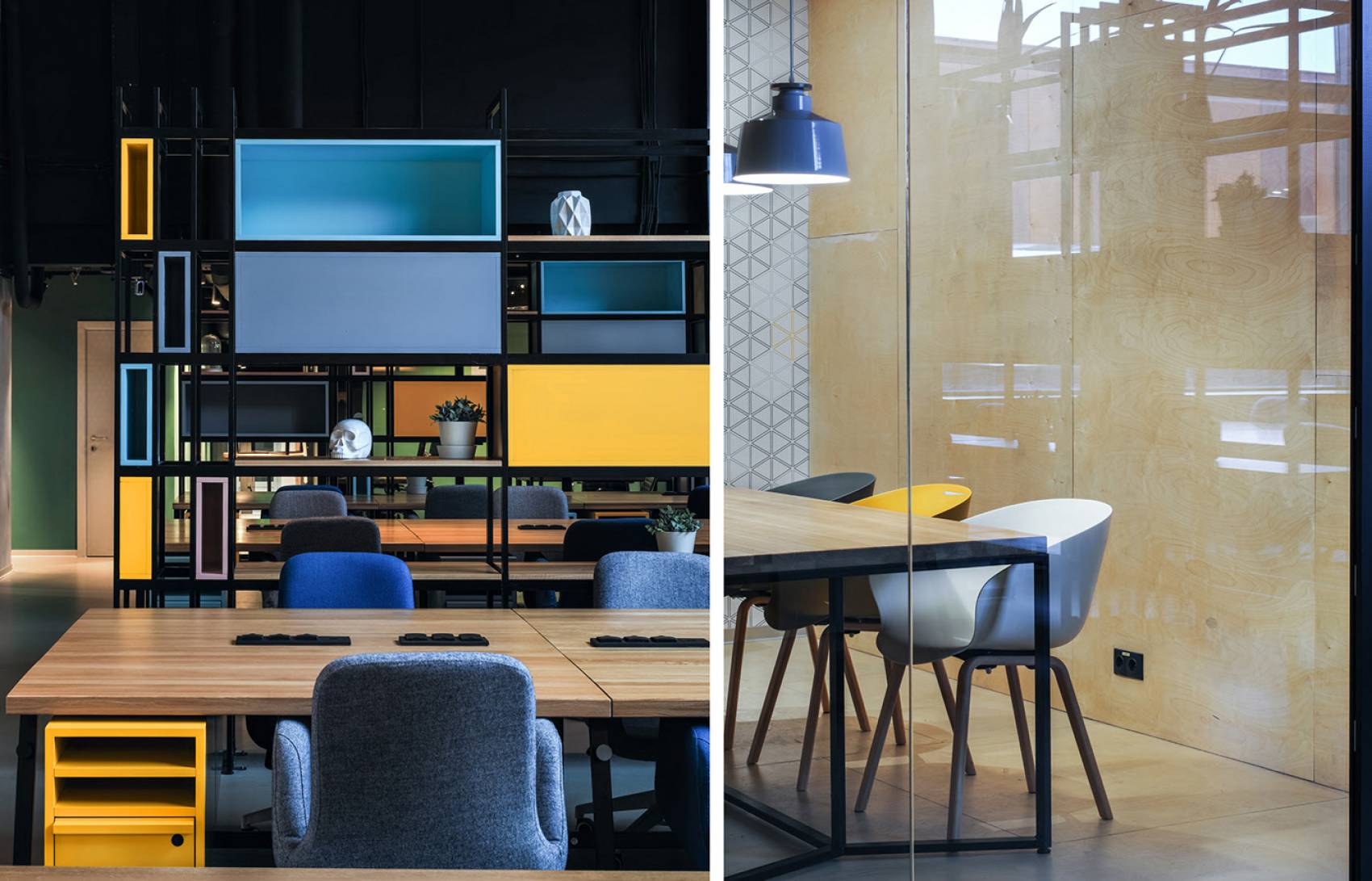 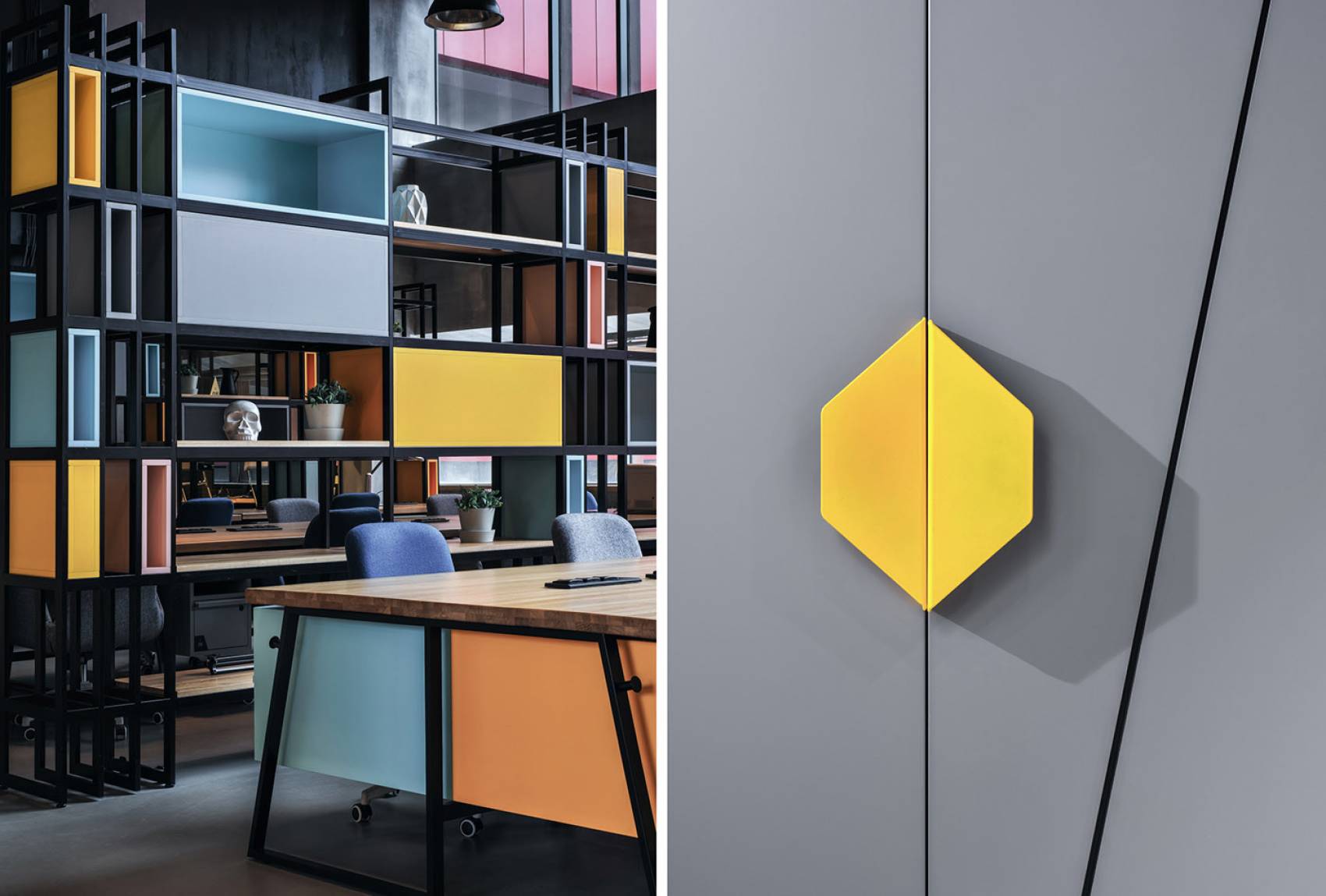 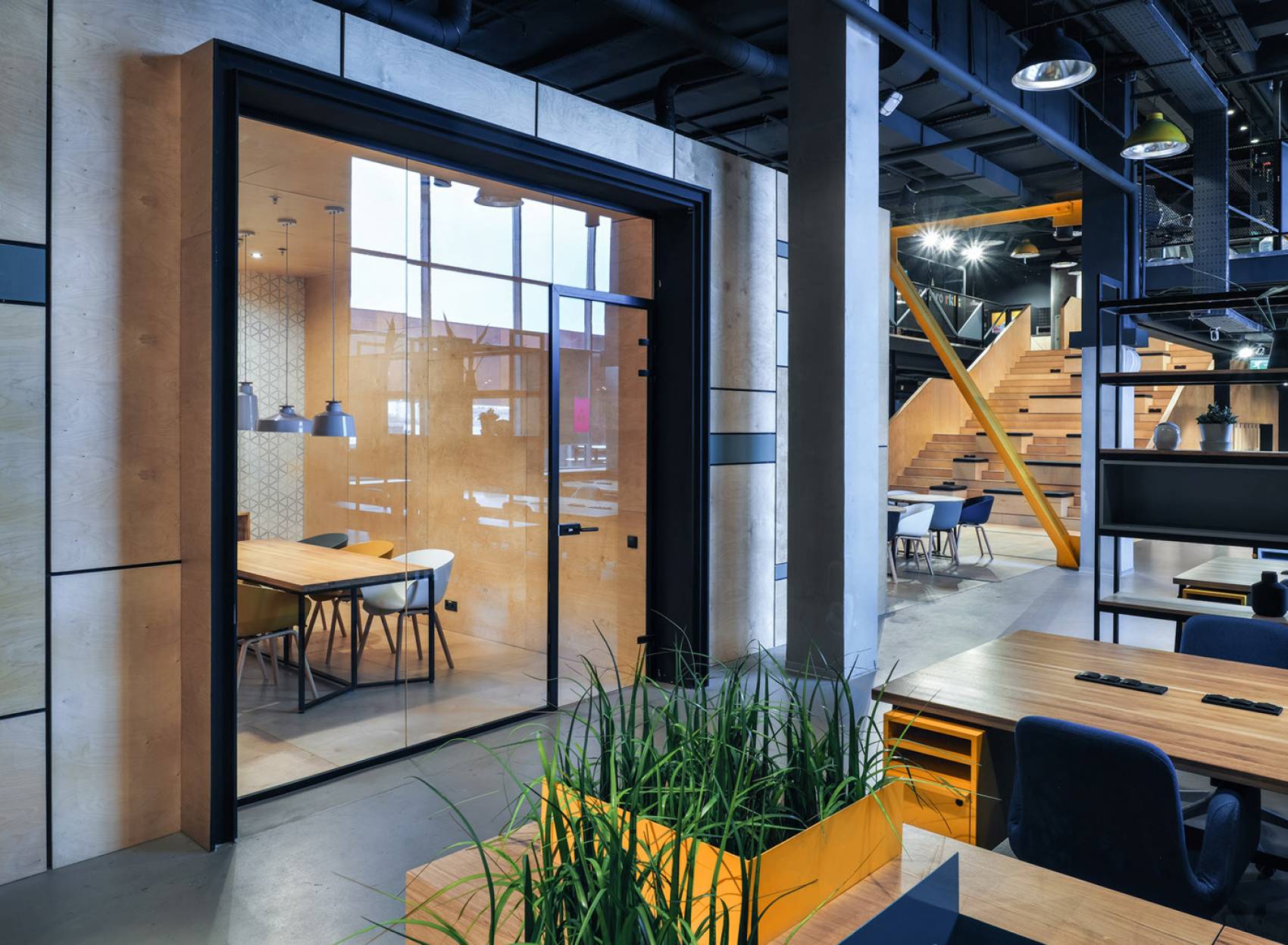 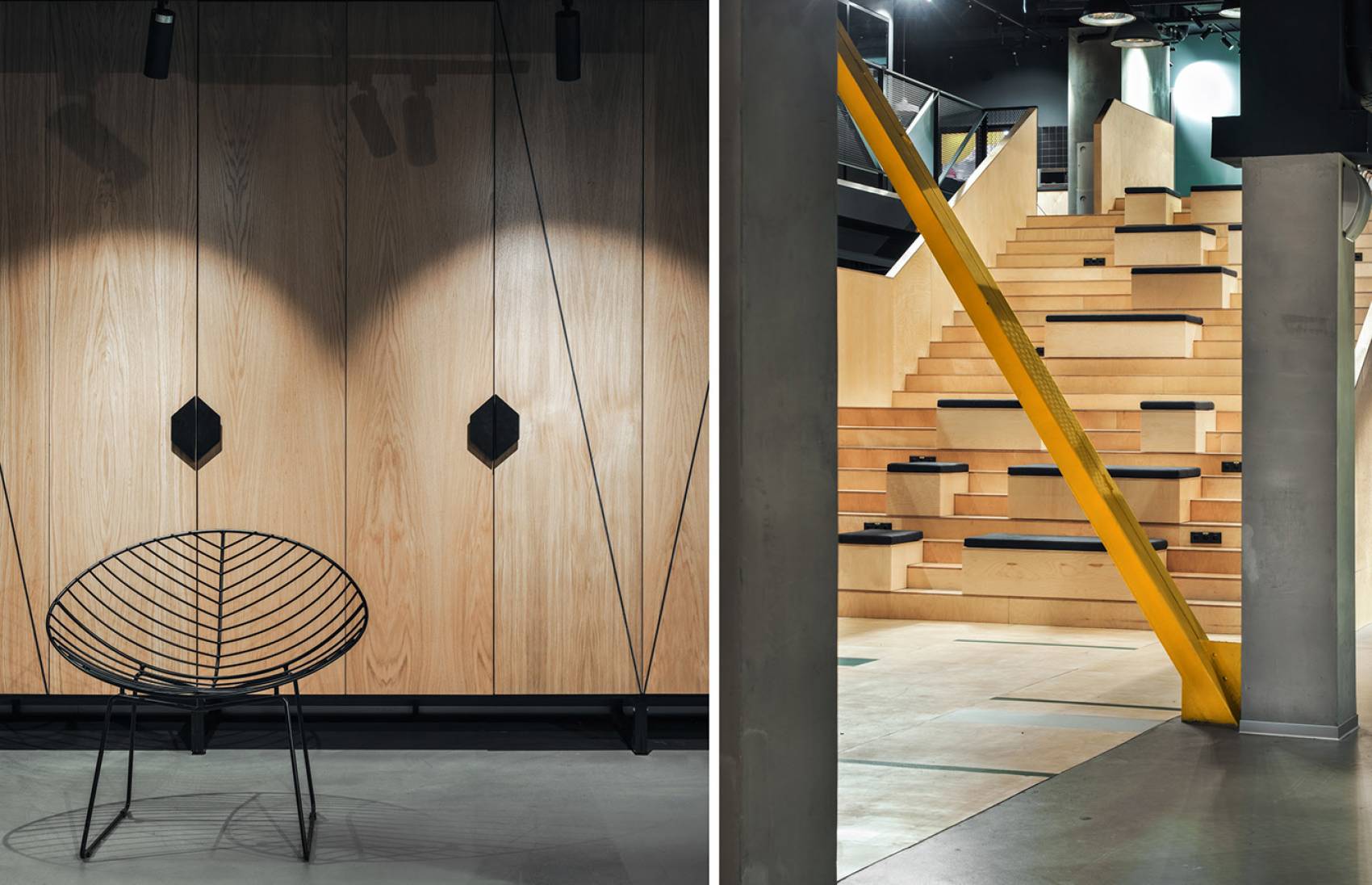 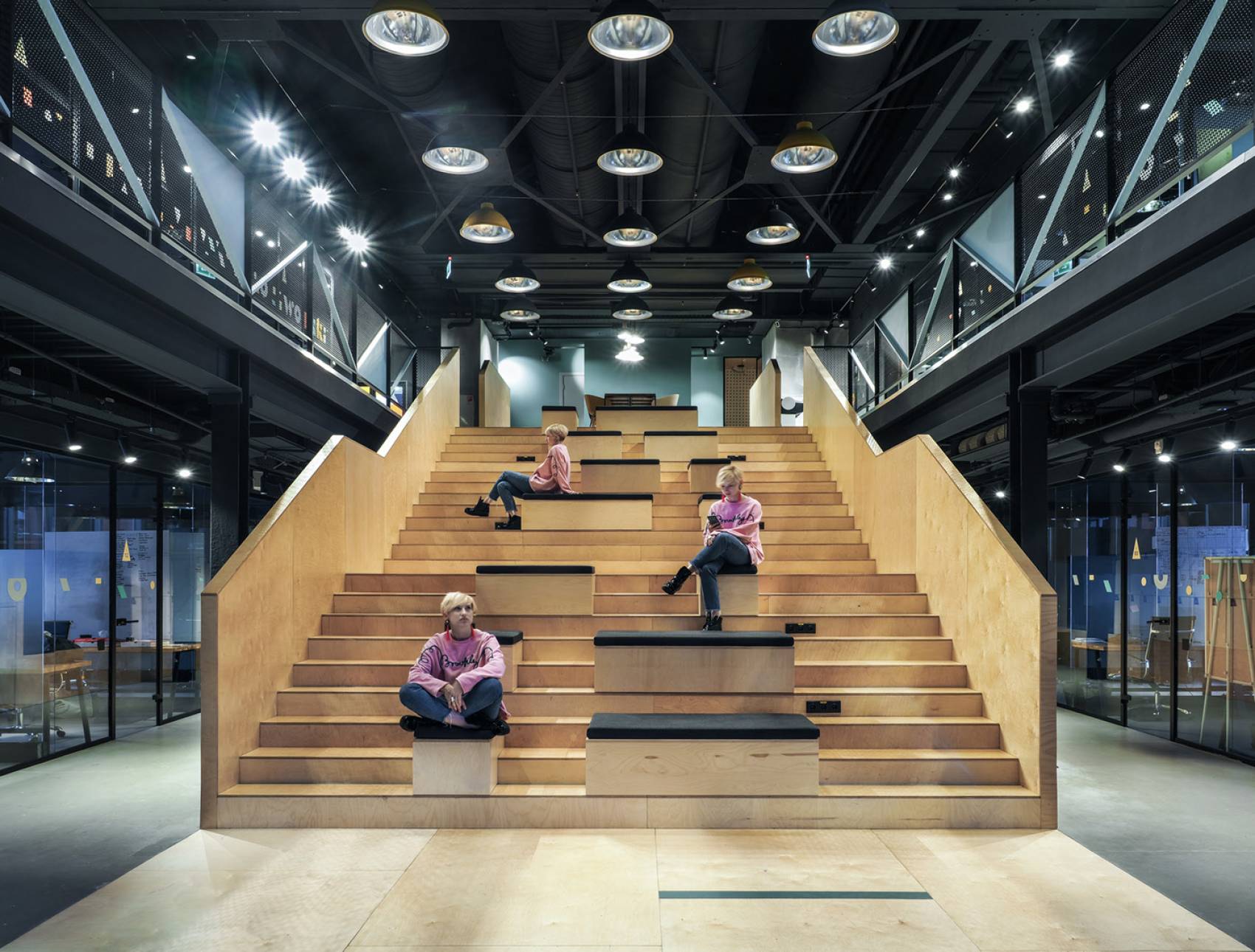 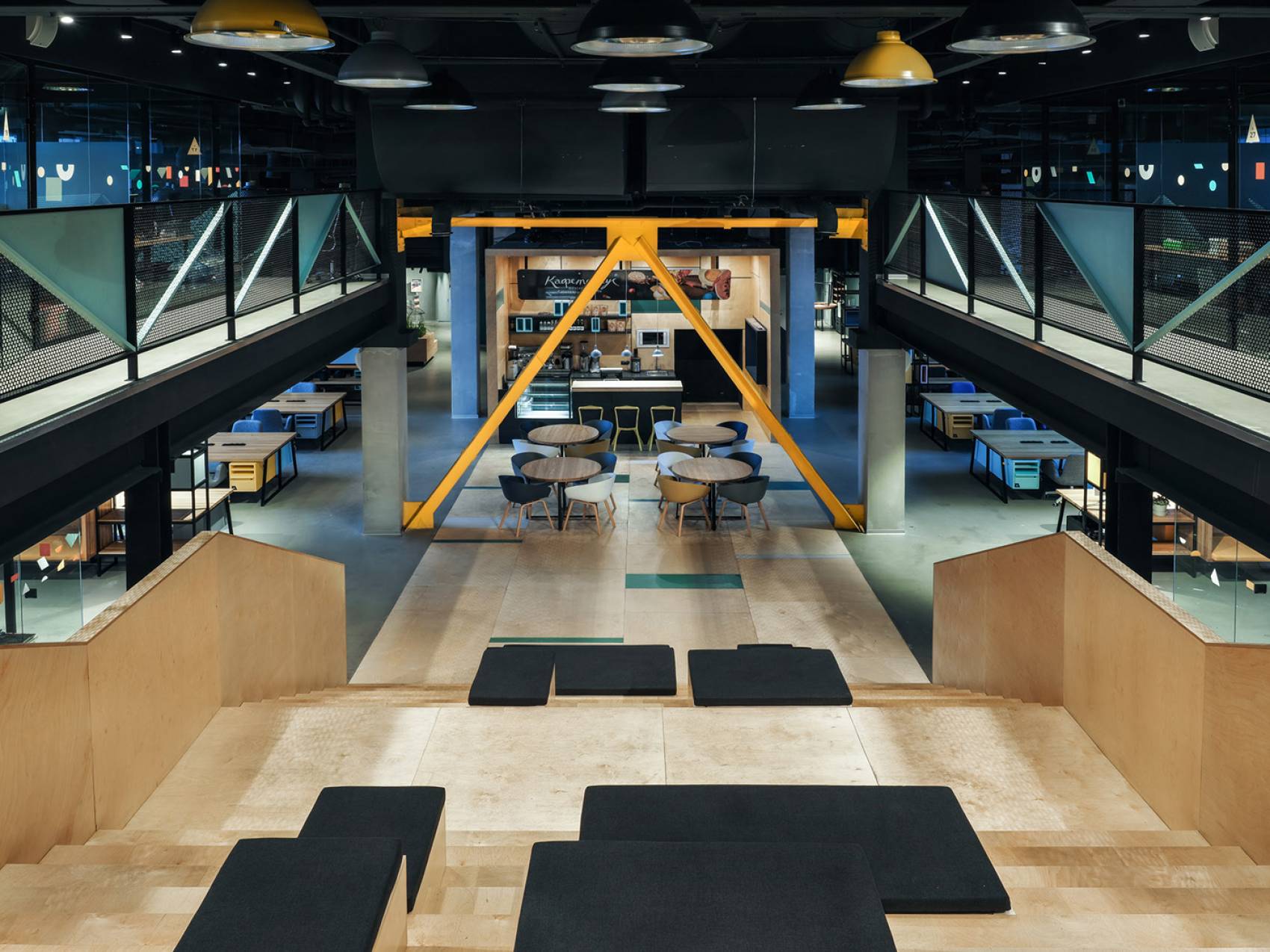 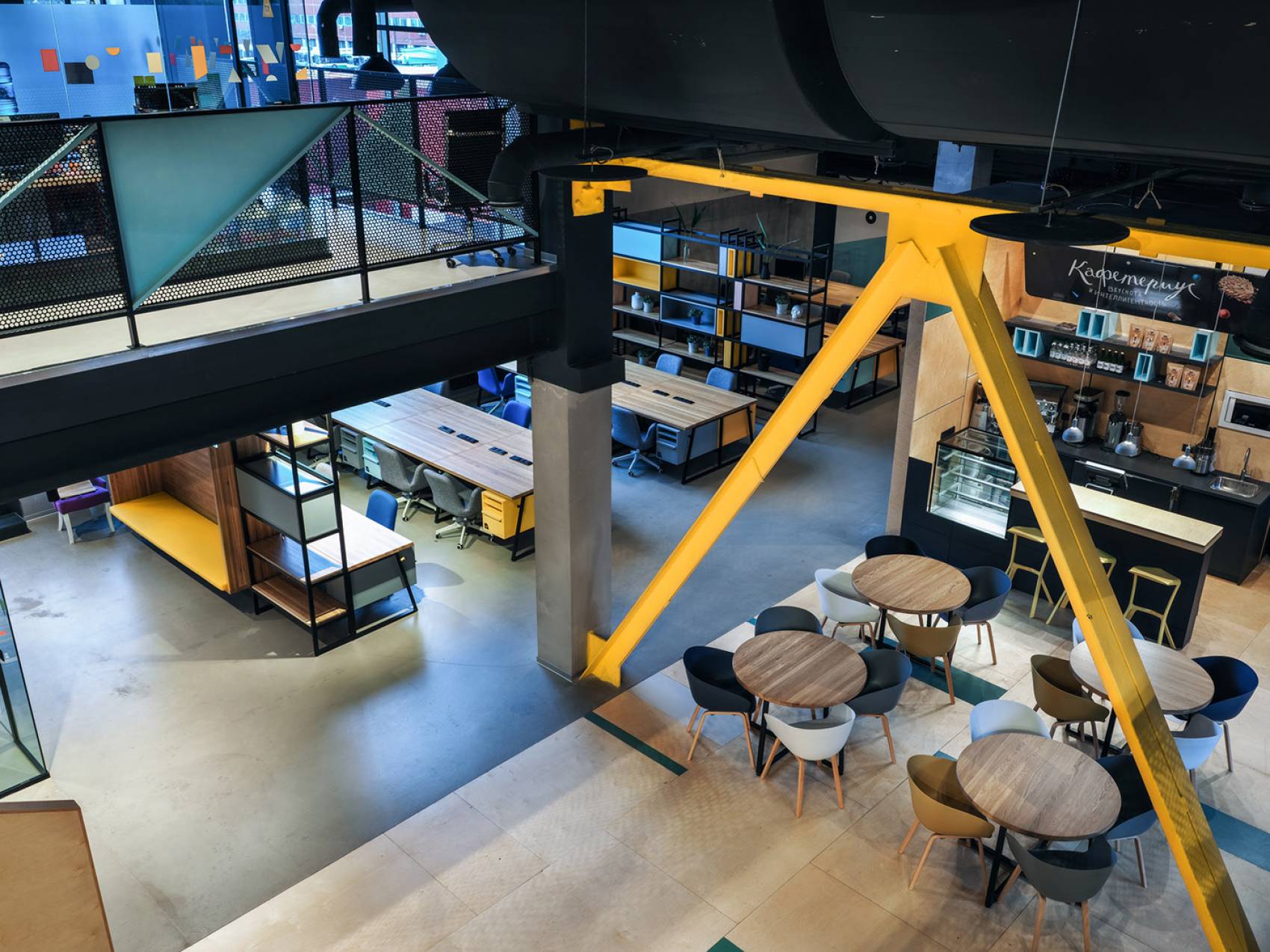 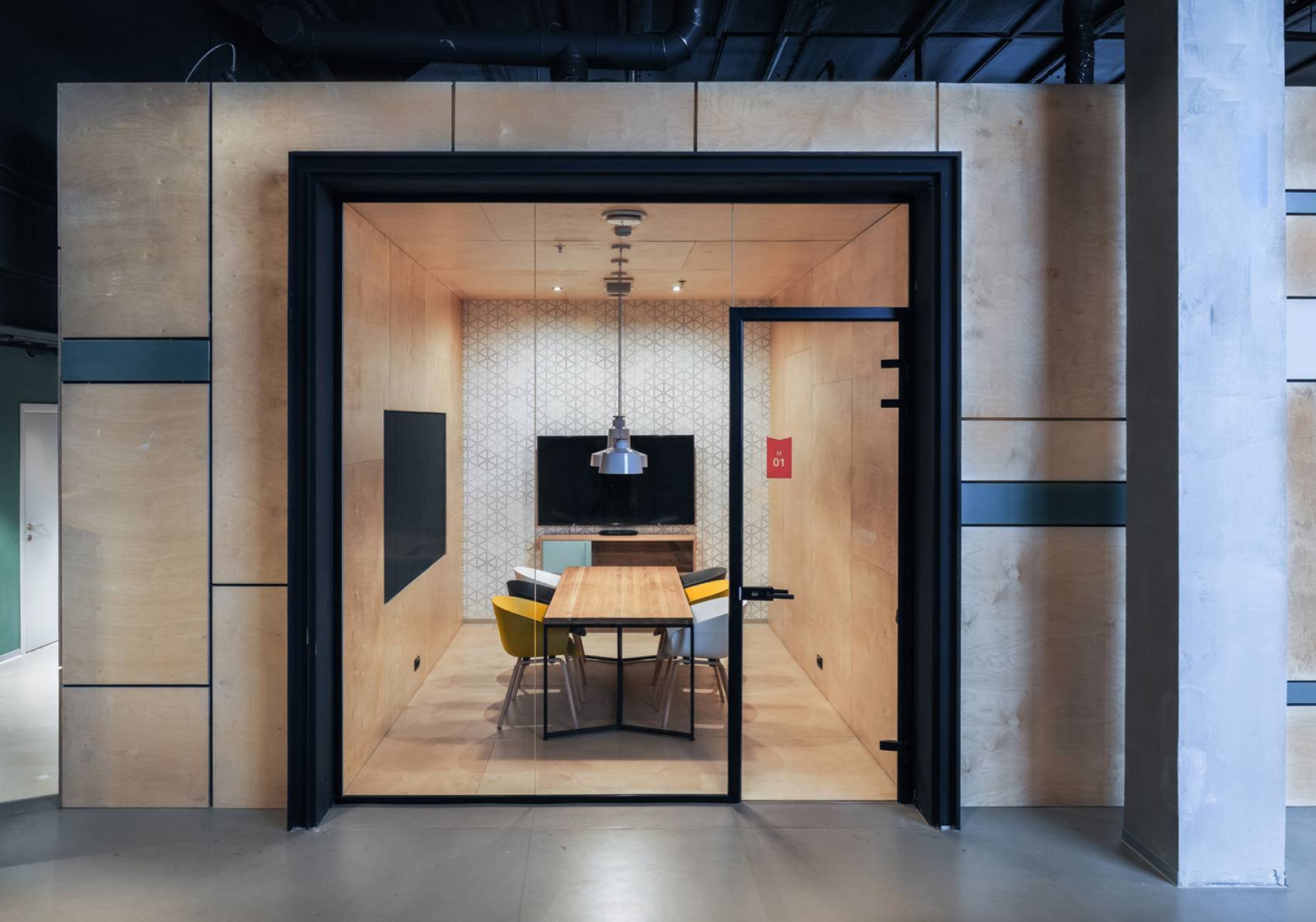 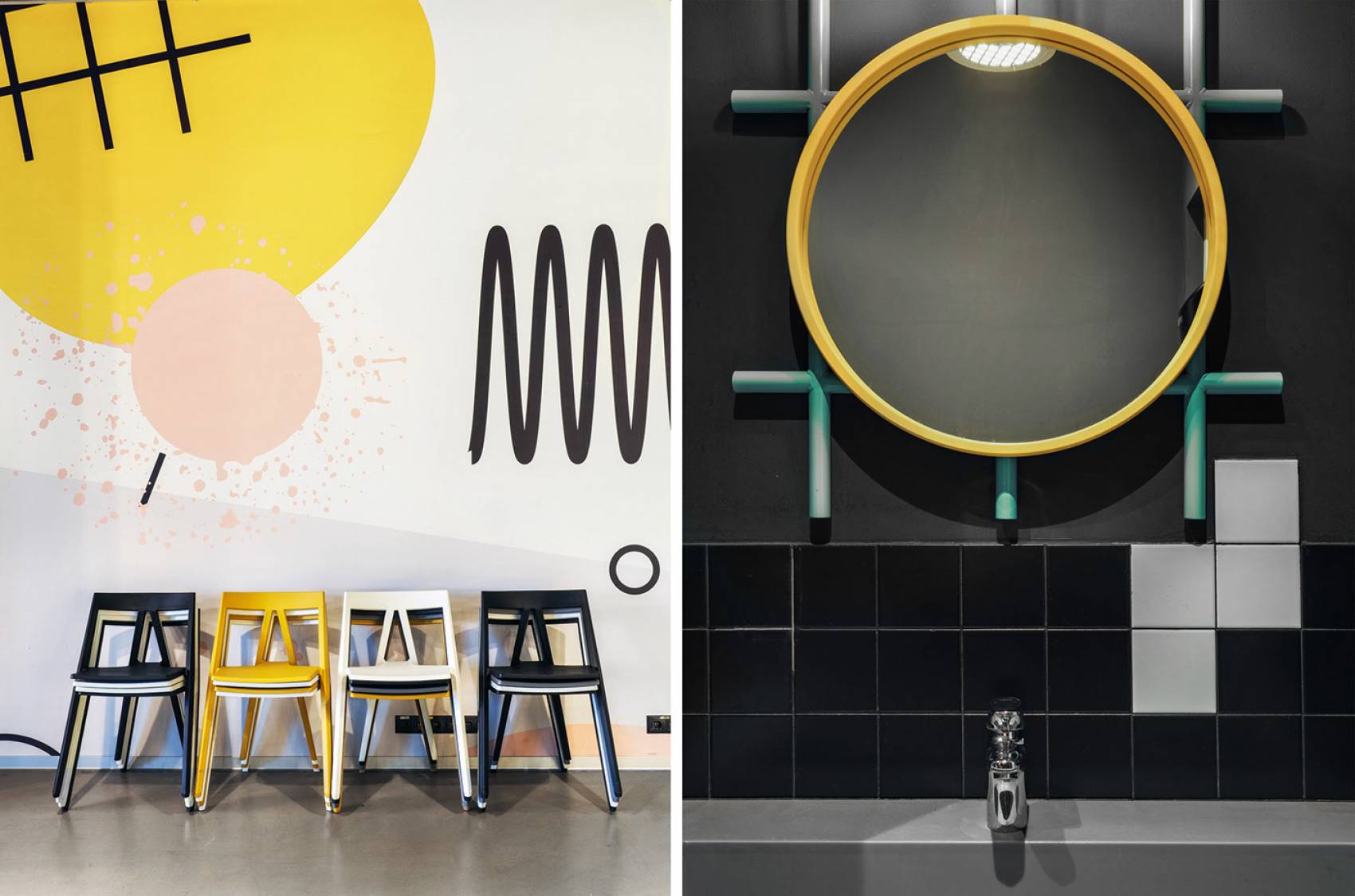 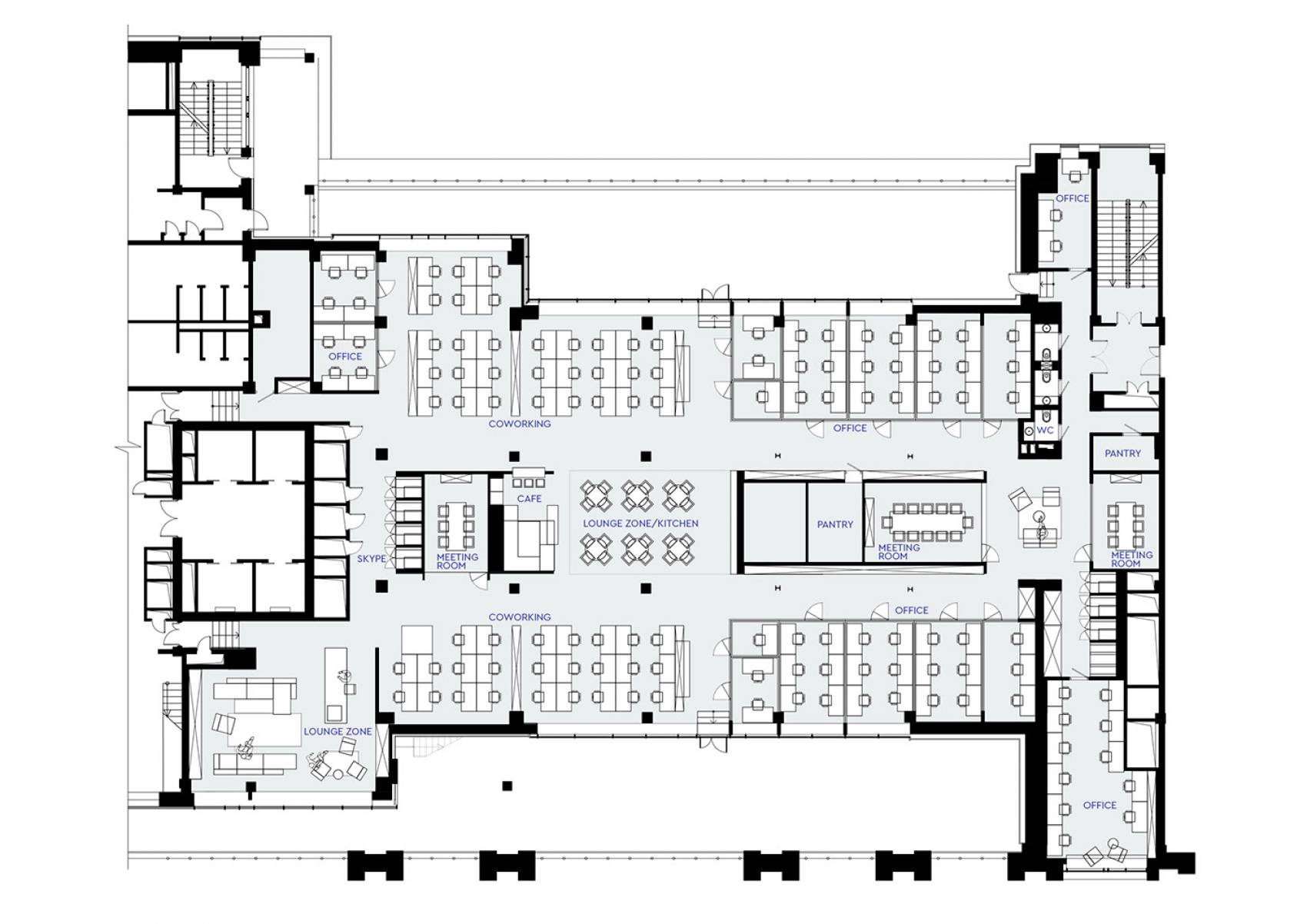 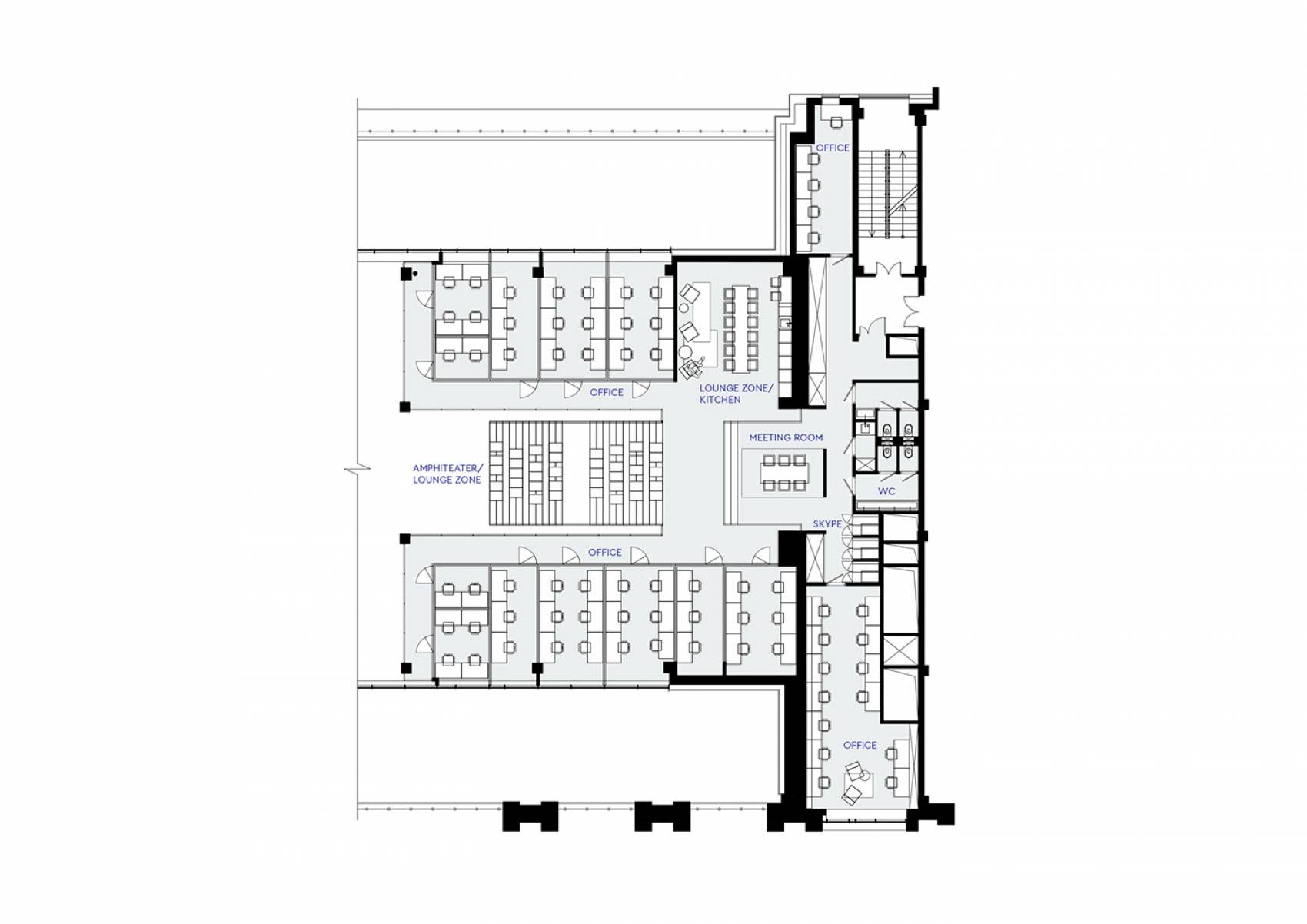 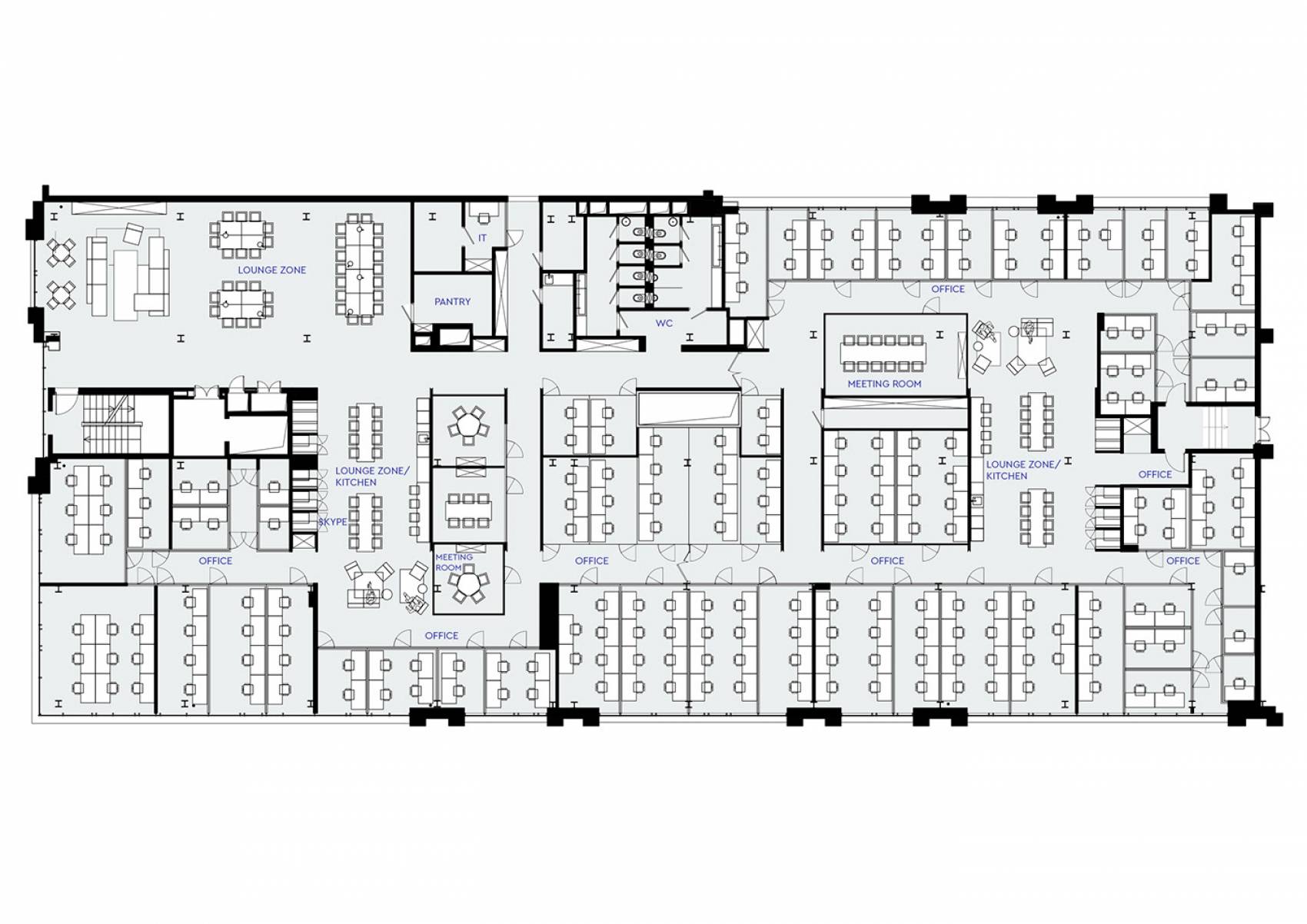 go to category
TREVISAN office
offices st.petersburg
100 m2
back to all 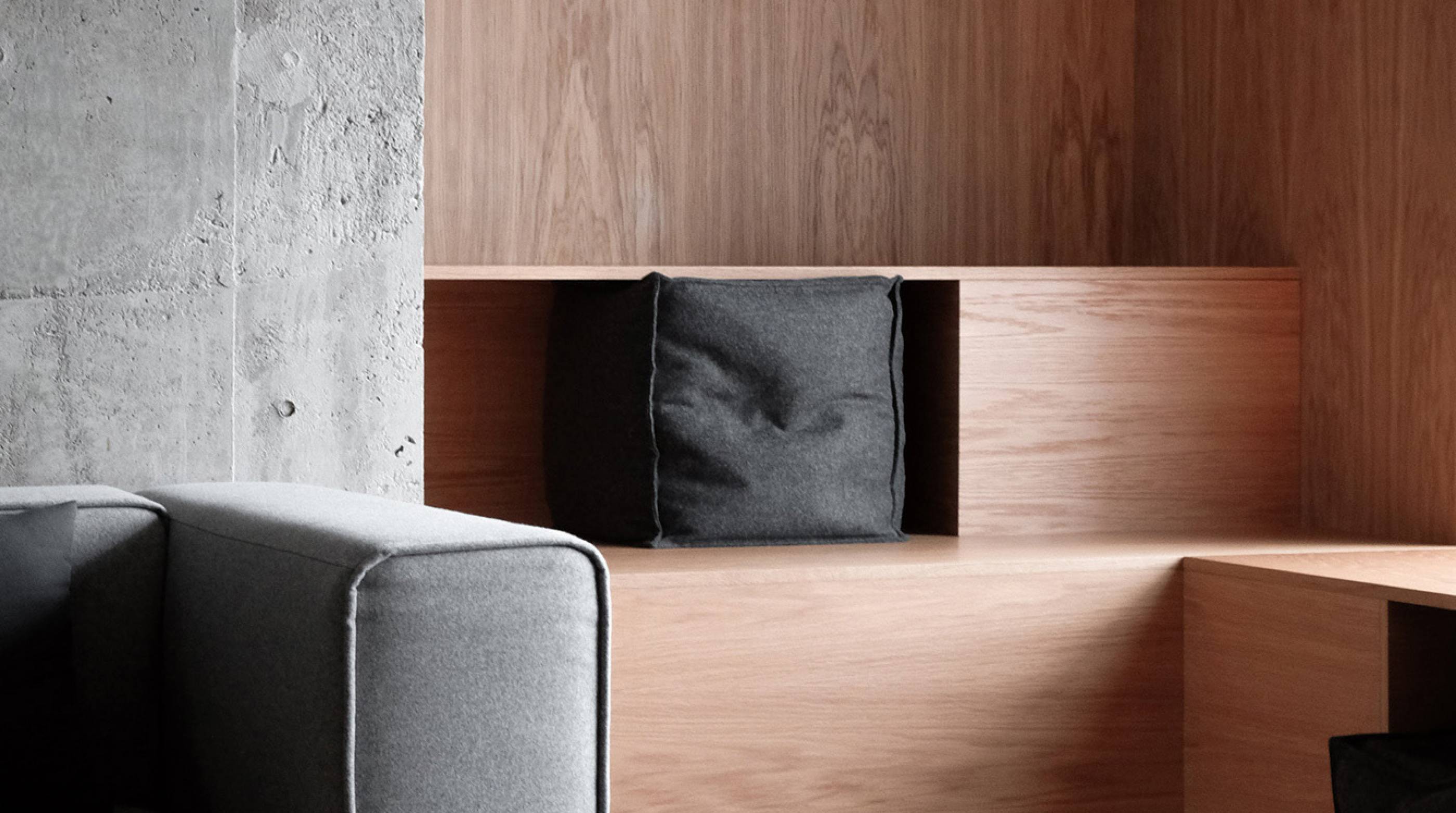