In 2021, we designed a PIR EXPO exhibition booth for Aledo, a company producing lighting equipment. Aledo focuses not only on the appearance of its luminaires but also on the quality and nature of the light. Furthermore, the effect that is produced by the luminaires forms a central point of the company’s work, which results in a more simplified and smaller design.

To accomplish this project, we have identified two main tasks. On the one hand, we aspired to create a booth that would contrast with the surrounding space of the exhibition and would draw attention to the Aledo brand. On the other hand, we aimed at forming space within the booth in such a way, that the main attraction point would not be the luminaires but the light and the way it changes and acts on diverse surfaces.

We derived our inspiration from the concept of shadow puppetry and the so-called “theatre of light”. During musical and light shows within the “theatre of light”, the role of actors and characters is performed by spotlights (or theatre lighting). And where a performance comprises a storyline, the light rays embody the ideas of a theatre director and convey their essence, as well as operate as auxiliary elements within any theatre production involving actors. Thereby, within this project, we focused on those allusions and images that can be associated with theatricality.

For the exterior, we have chosen an element, that is common for every theatre – a grand drape (stage curtain). We wrapped the entire booth with a huge white curtain that opens up on both sides to allow for the entrance. Behind this curtain, various lighting effects are revealed to the visitor.

At the same time, since we were dealing with the light and shadows, we desired to make the space inside the booth as immaculate and concise as possible. Such space, thus, does not distract the visitors’ attention from the main element - the lighting effects.

Therefore, the whole booth is completely white and laconic, similar to the layout of some kind of a versatile room. The emphasis here is shifted entirely to lighting effects. 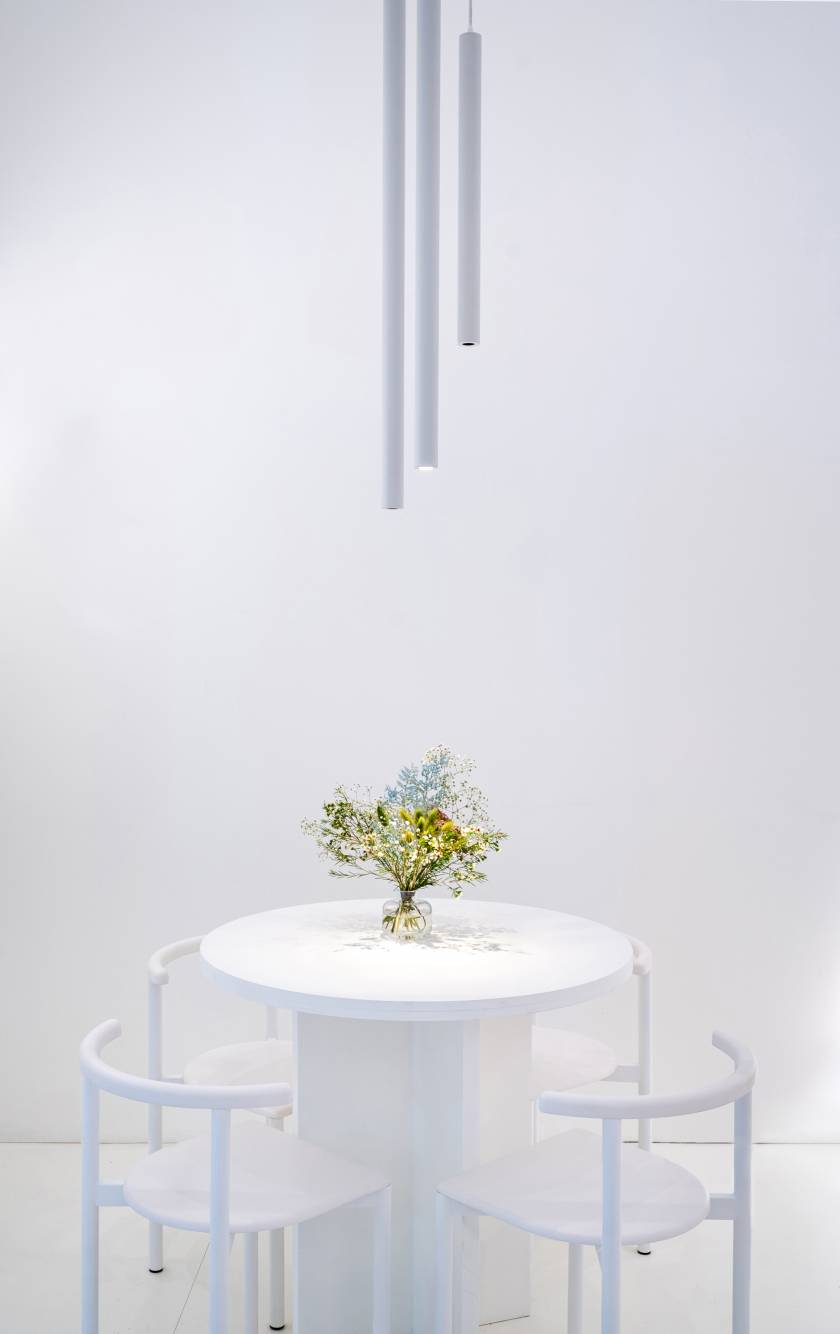 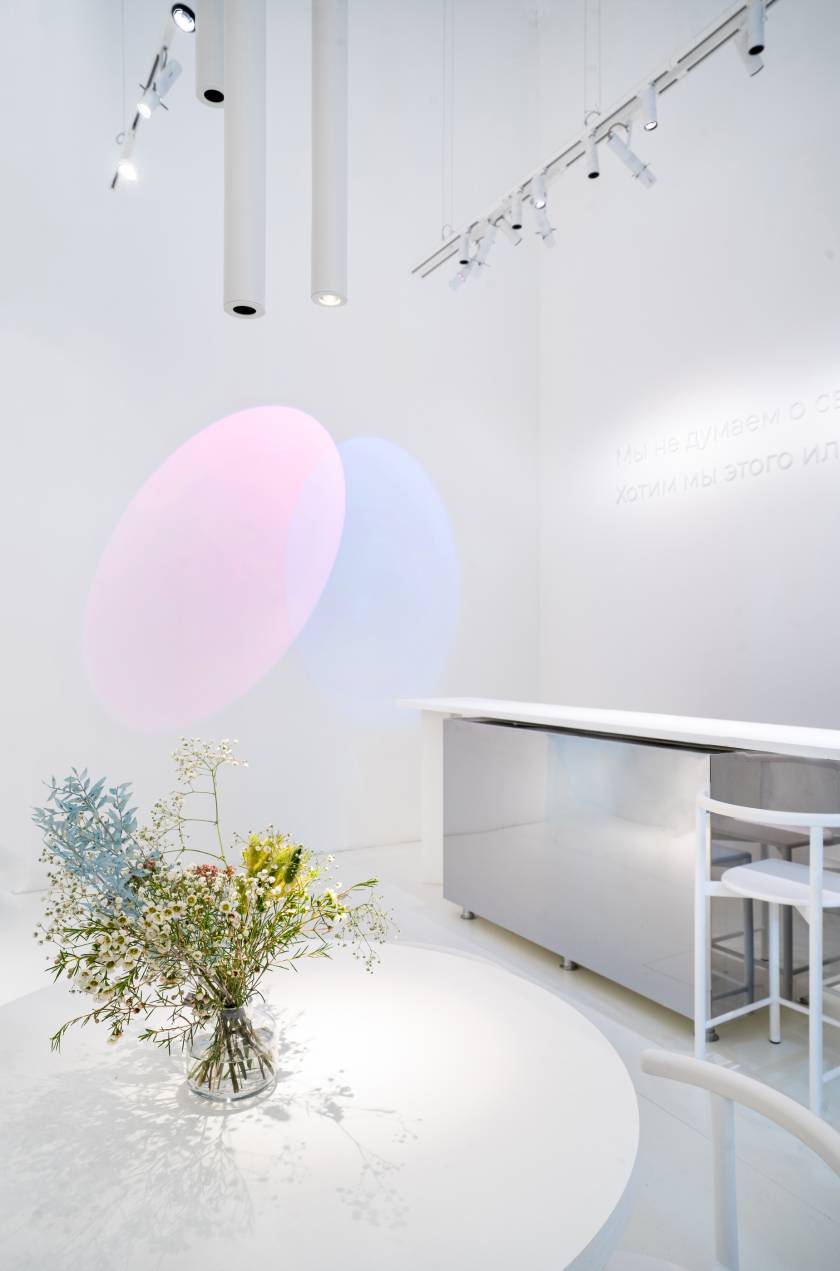 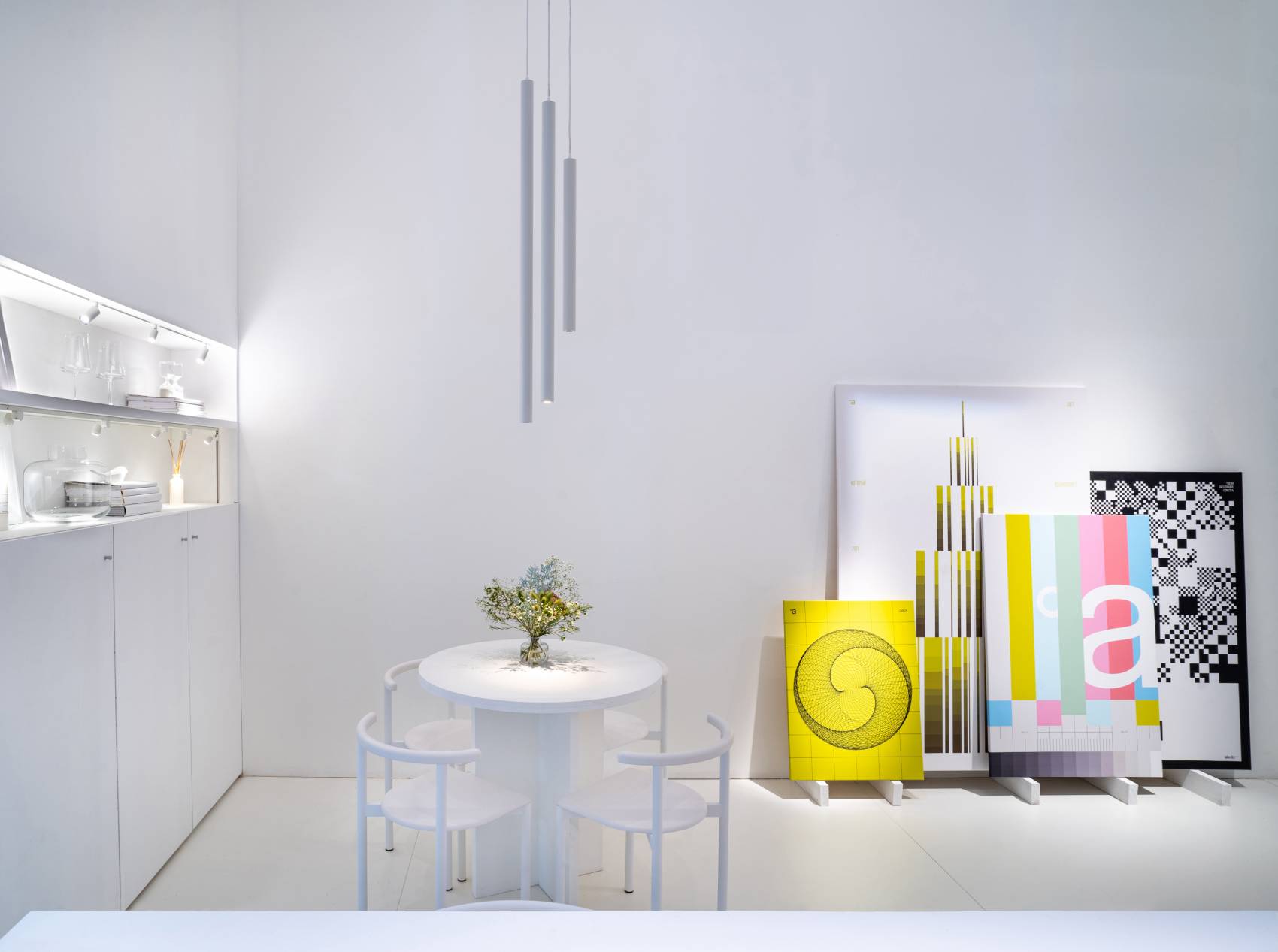 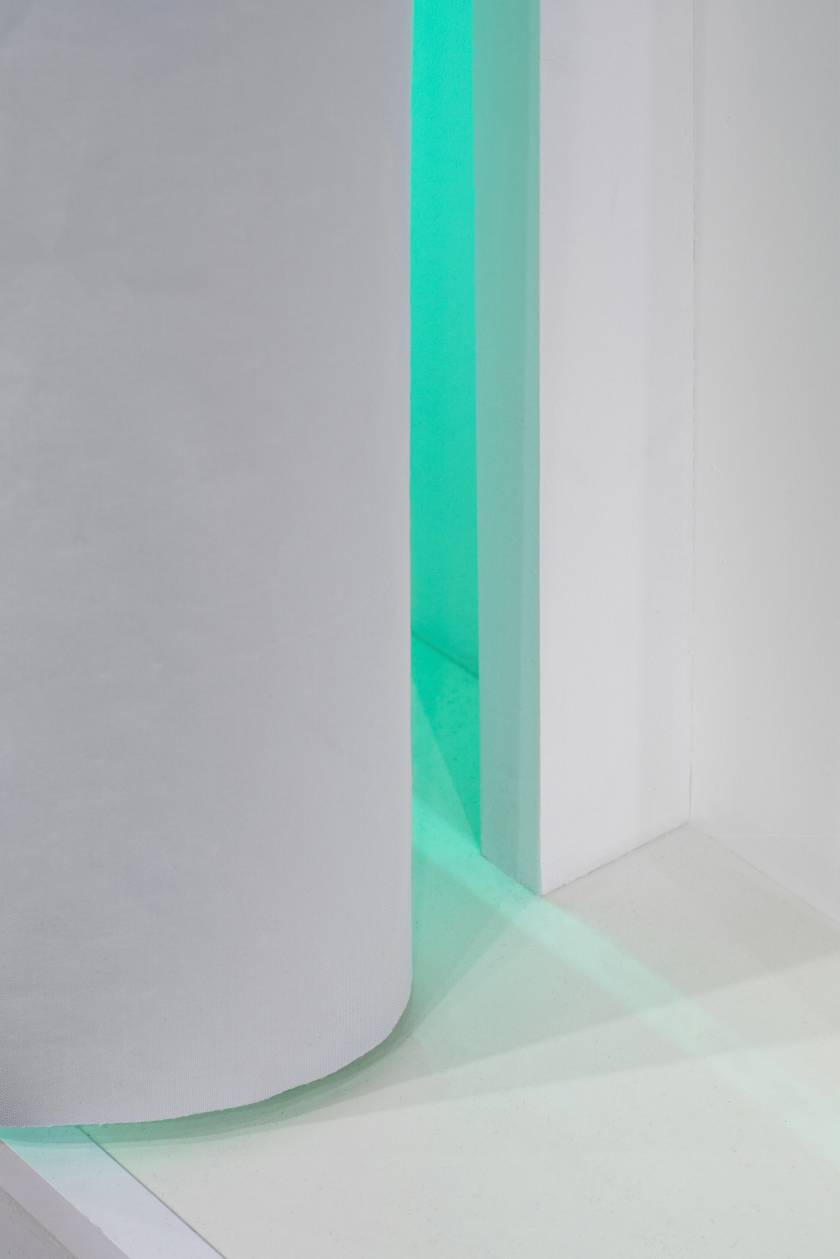 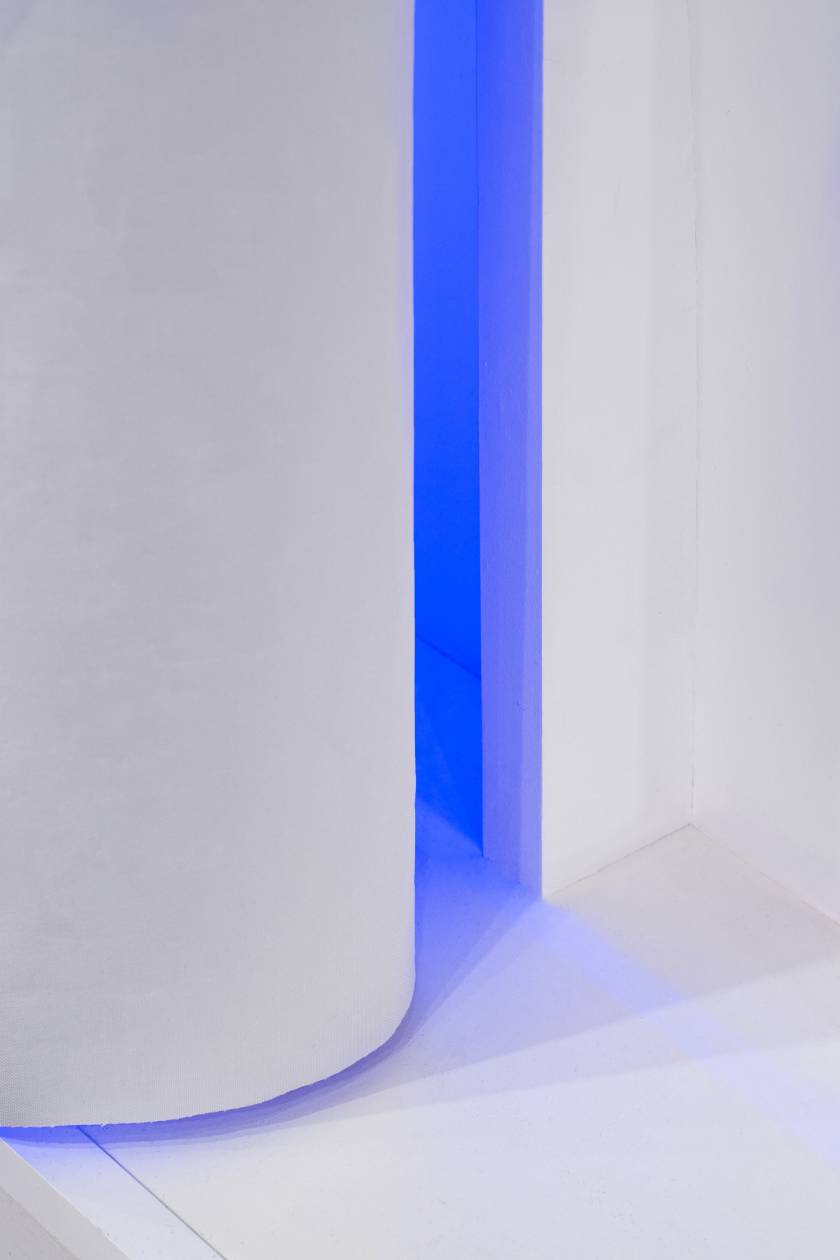 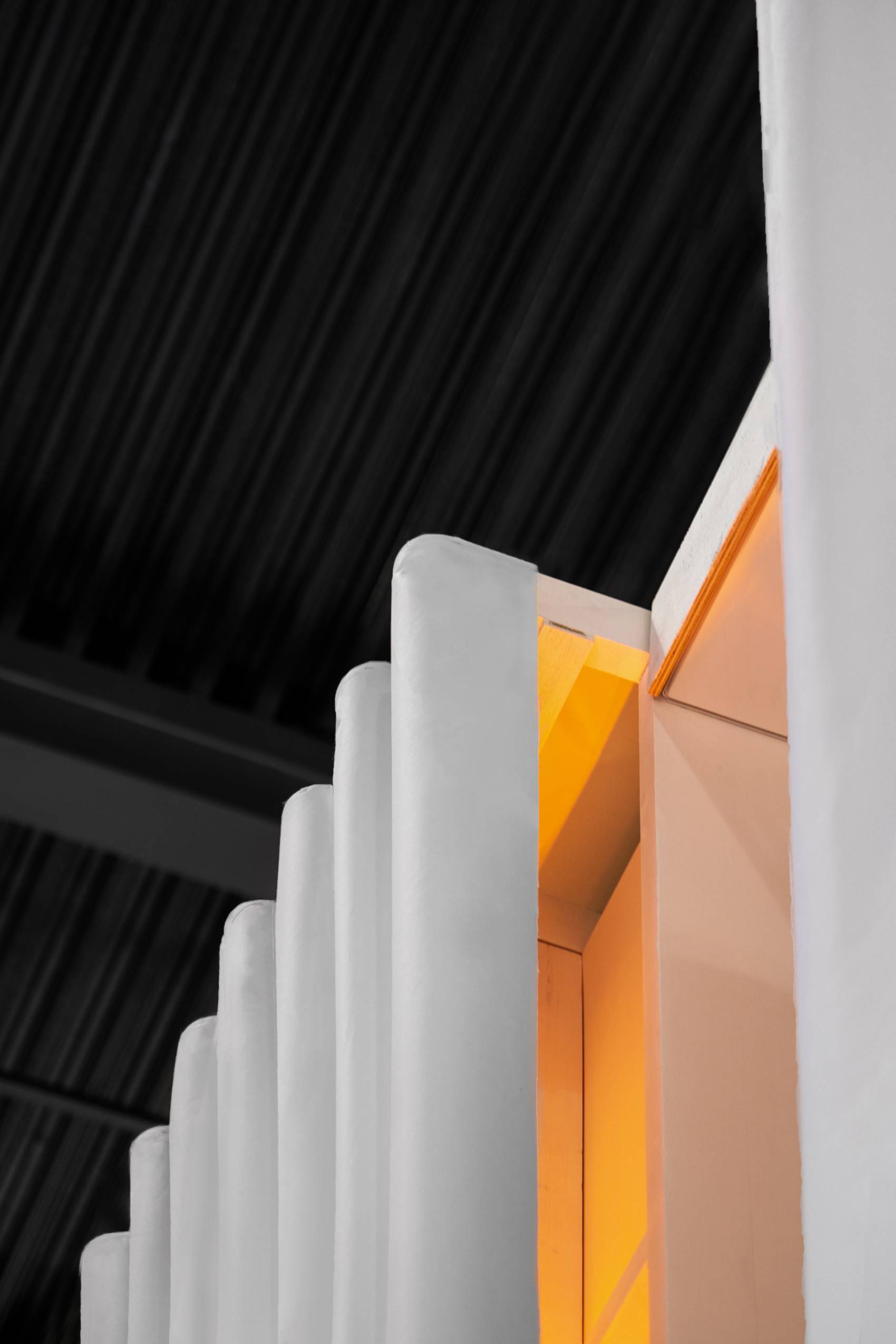 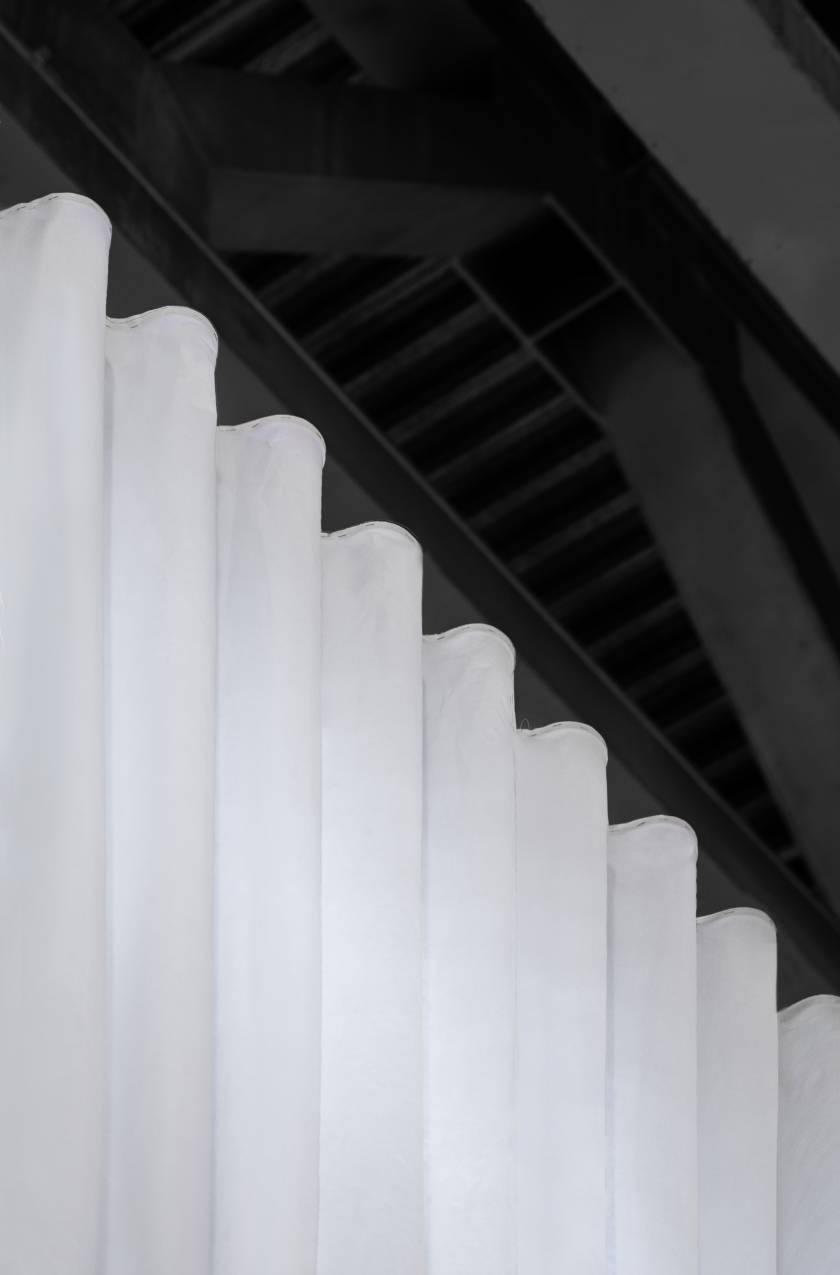 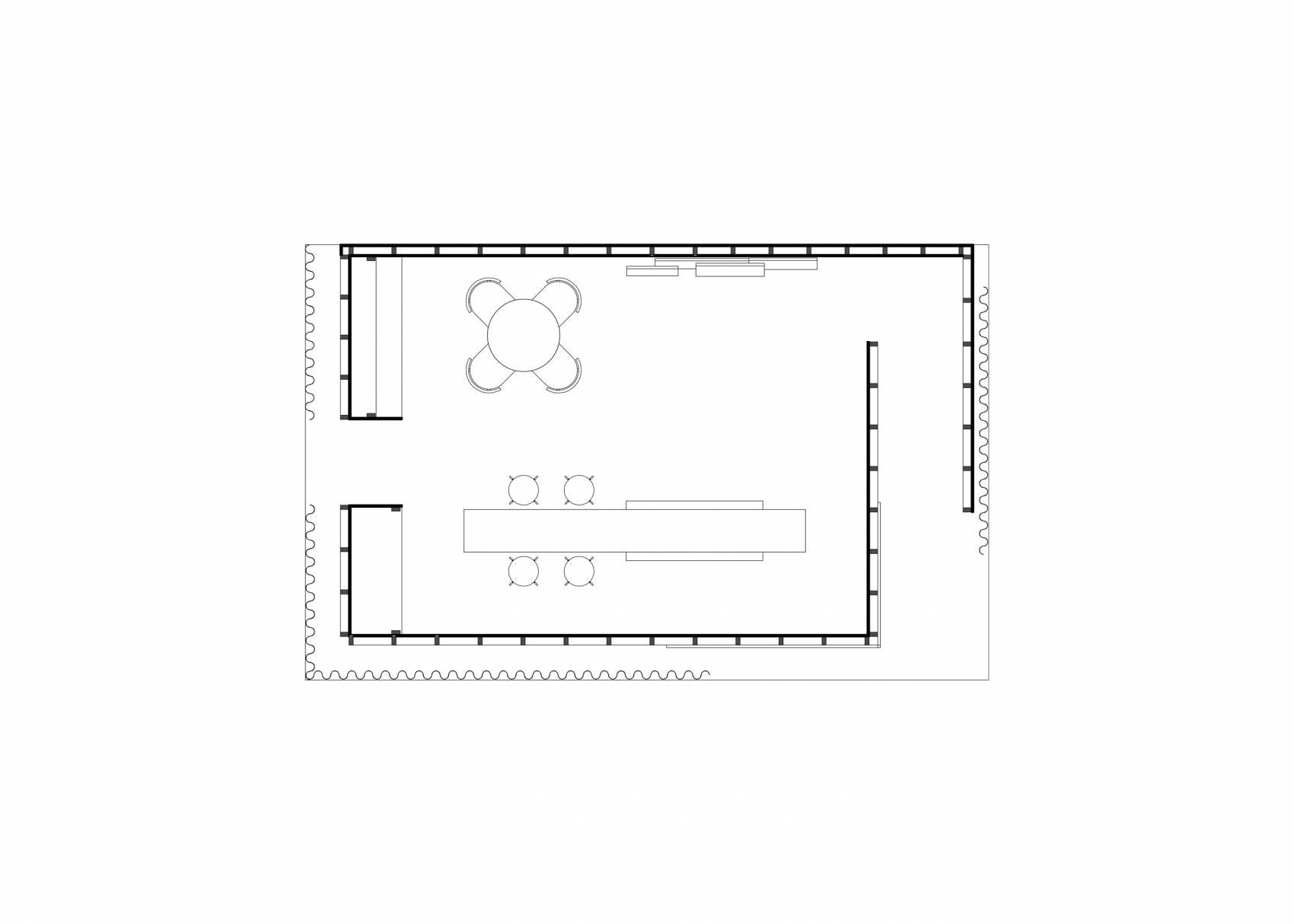 go to category
Radius58 optics
retail st.petersburg
70 m2
back to all 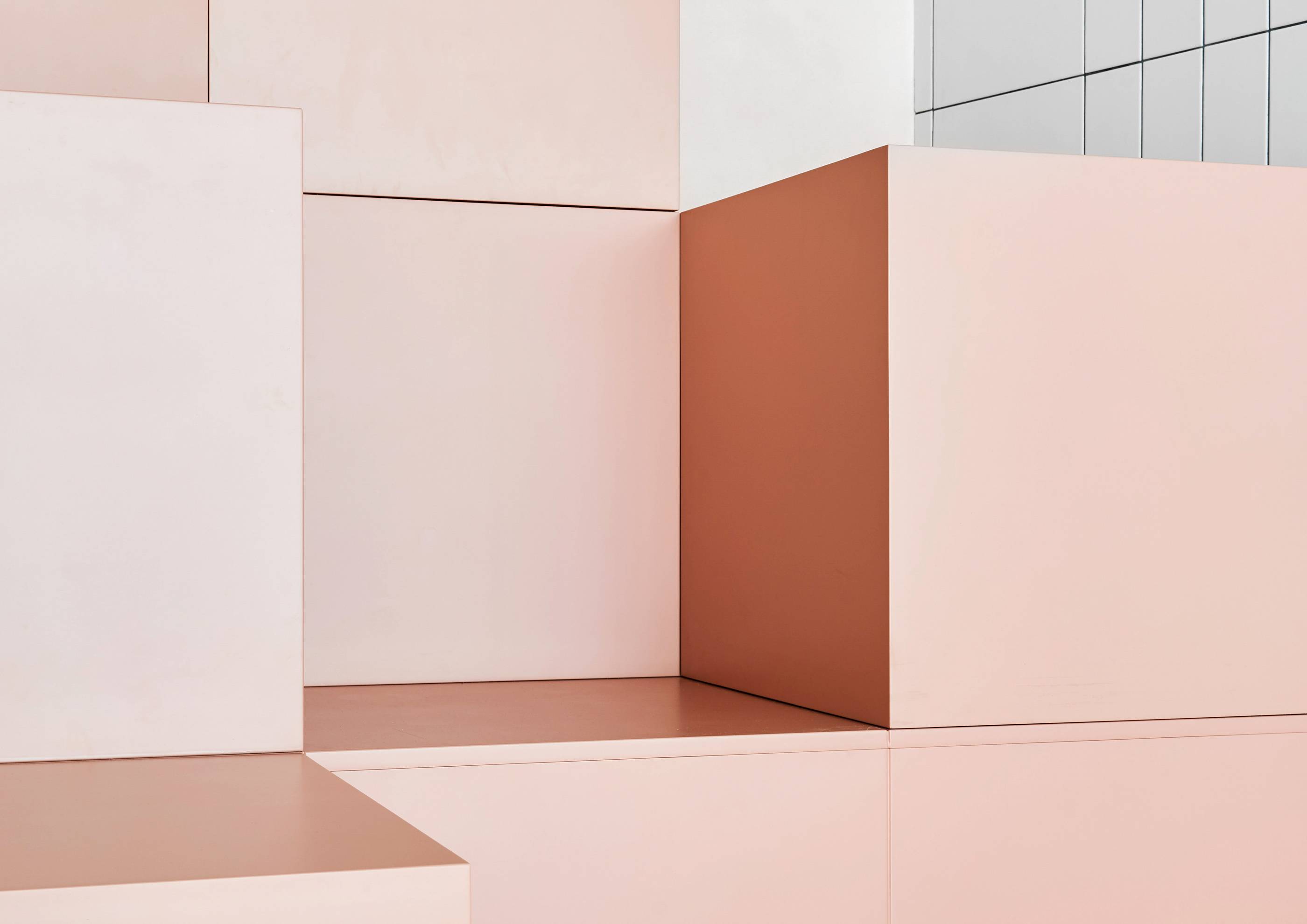