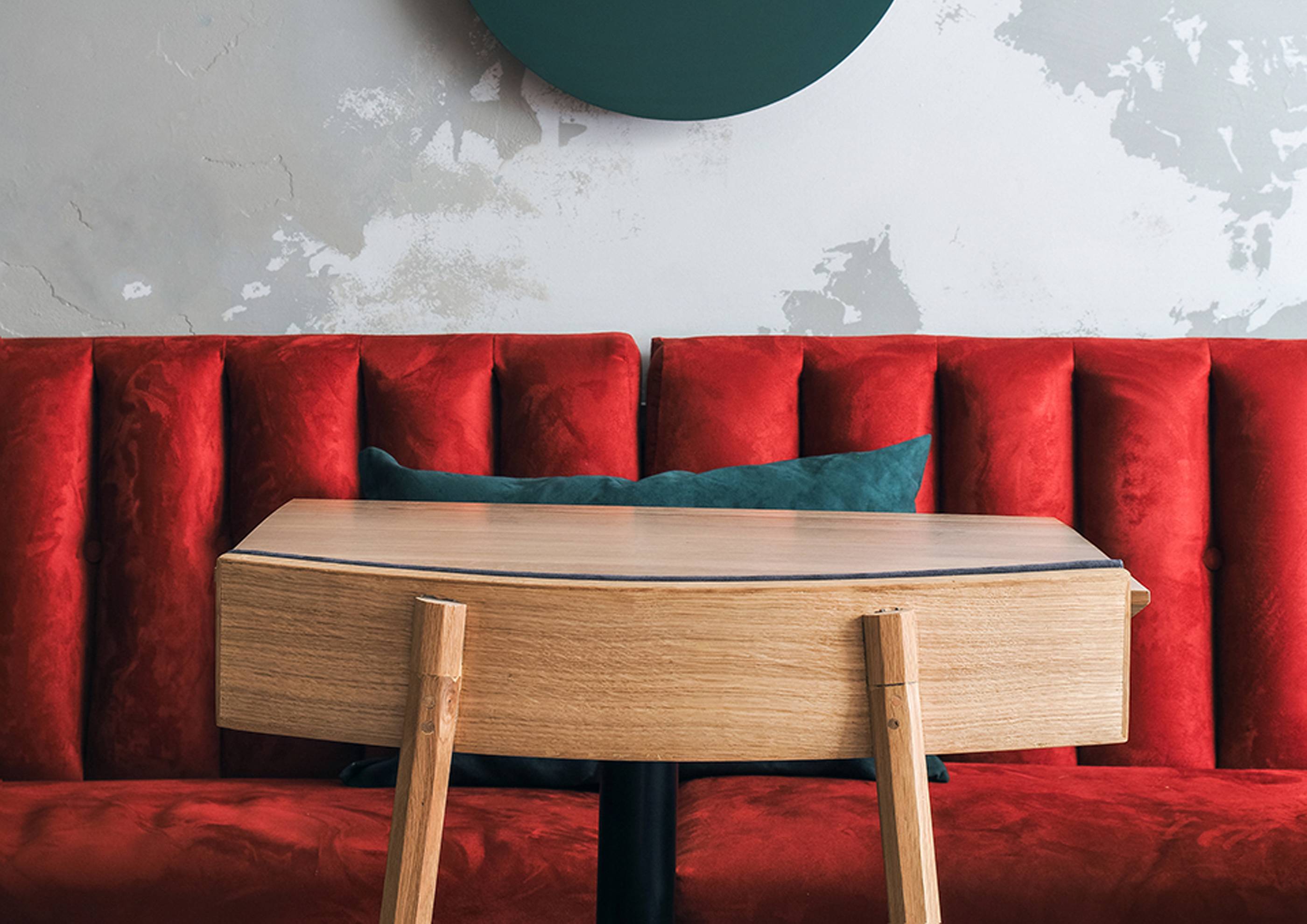 Made in China restaurant

Made in China is a modern Asian cafe in the center of St. Petersburg.

It is located in a historical building, many elements of which are protected by the state. This is why it was strictly forbidden to modify stucco molding, railings and stairs during the work on the project.

The main technique here was emphasizing the authenticity and historical heritage of the premises, turning it into a kind of shell for the elements placed inside.

High ceilings and the second tier also established some framework in respect of the freedom of planning decisions.

The bar, which is located in the center of the space and meets all the guests entering Made in China, immediately creates a comfortable atmosphere and is the compositional center of the whole space. Due to its island location, all the main seats moved from the central part to the periphery of the room, i.e., to the zones which are the most comfortable for sitting. And the center of the hall became the focal point of interest and the main visual attraction.

Stressing the fact that the cafe is Asian, we tried to avoid direct associations, but at the same time we made it the way that a visitor identifies the style with the cuisine of the place at the first sight. Therefore, almost all the details of the interior refer to some Asian motifs, from red velvet to the neon signs in the windows. Light lamps above the bar resemble Chinese lanterns and create a visual connection between the first and second tiers. All racks and shelves are made of overlapping wooden bars resembling typical Asian architectural constructions. The concrete tiles used as the finishing material in the bar resemble fish scales. 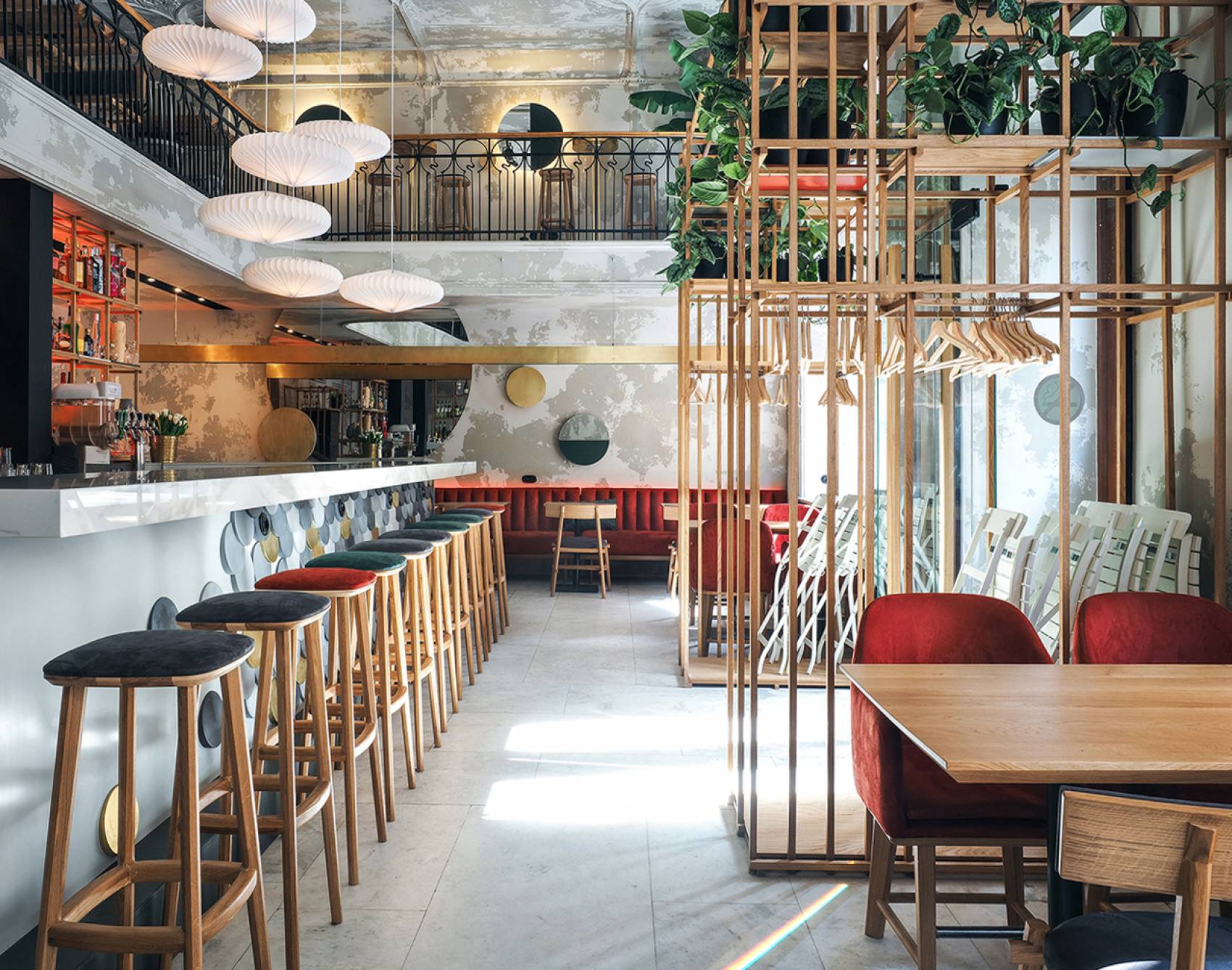 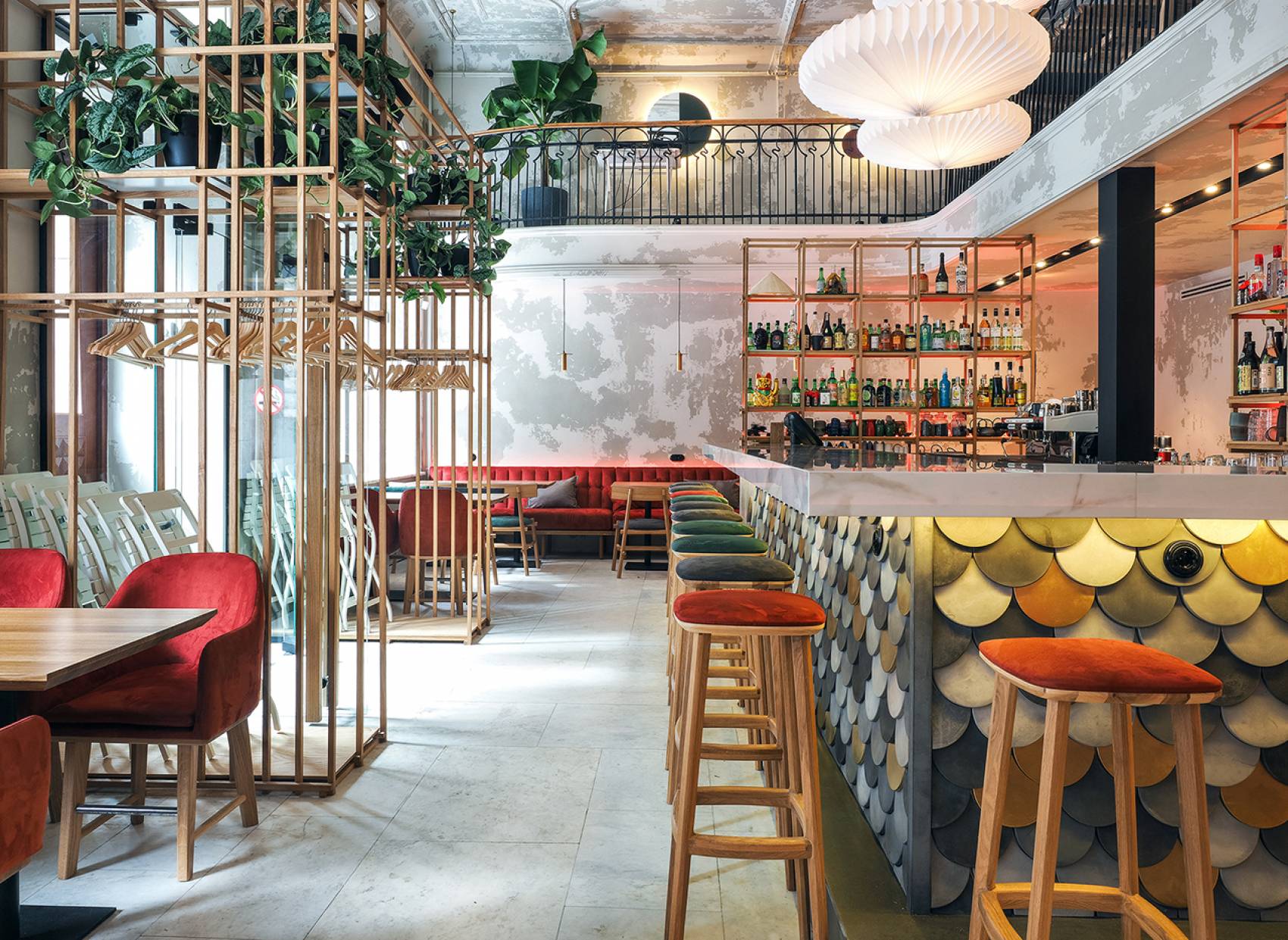 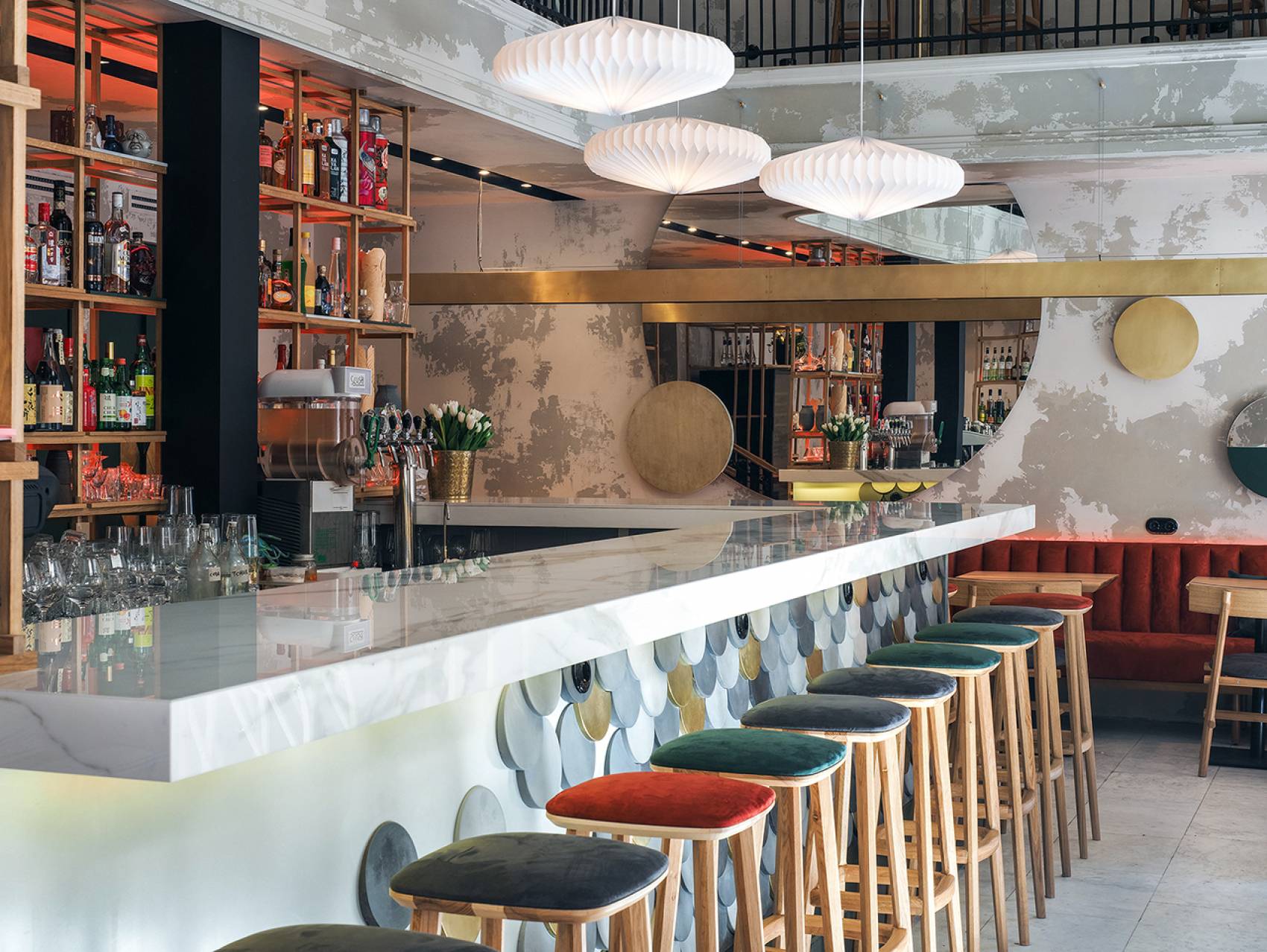 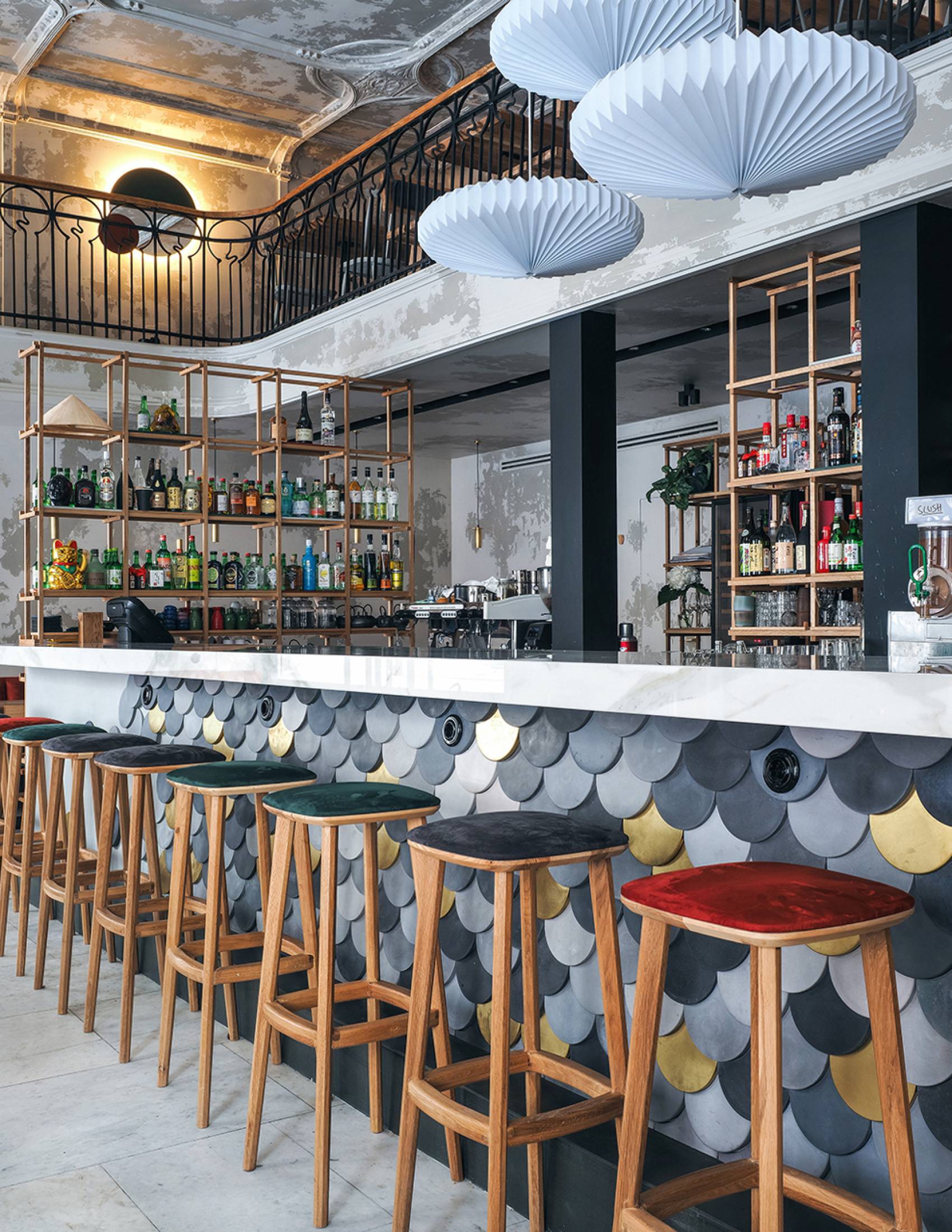 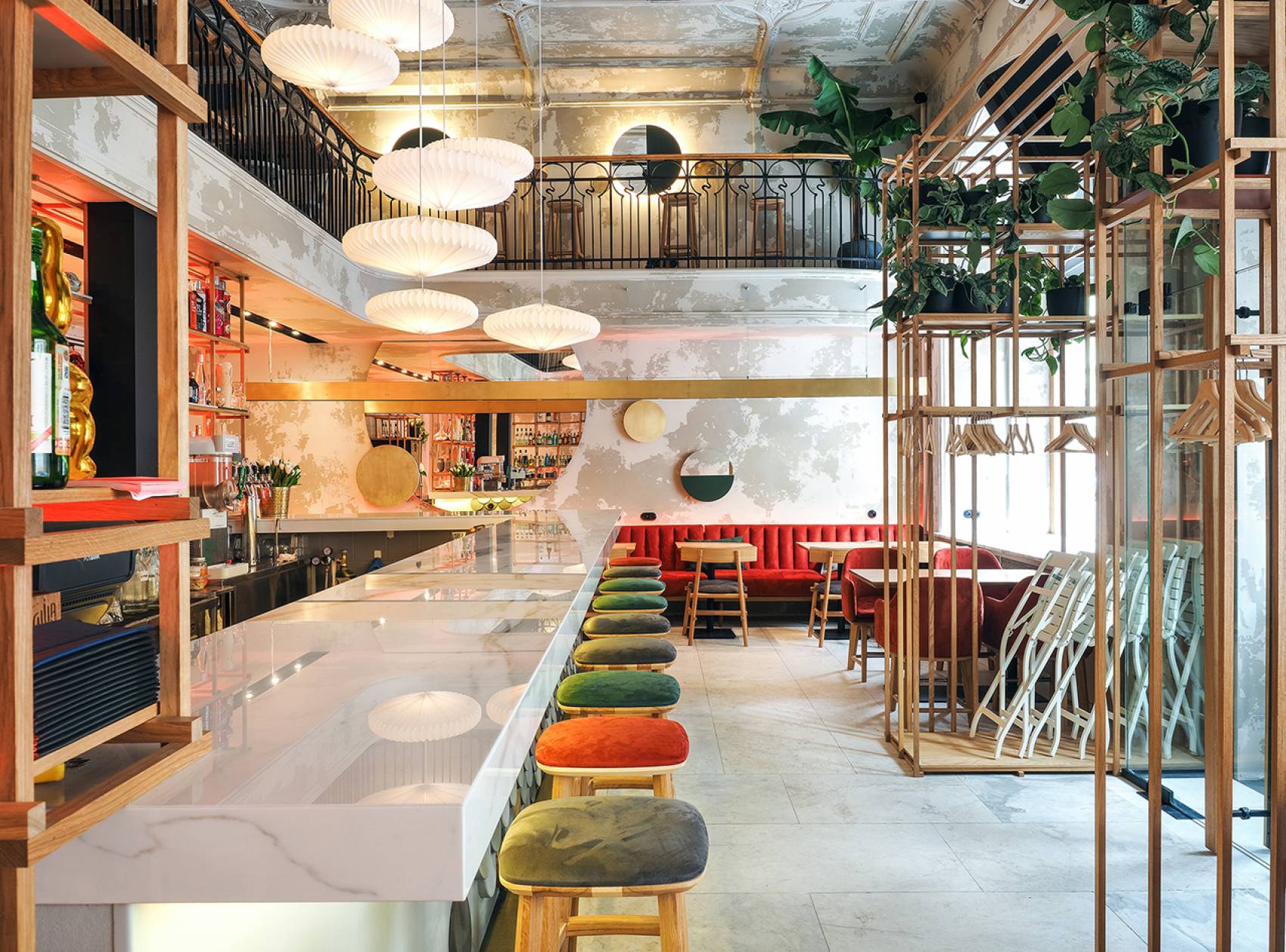 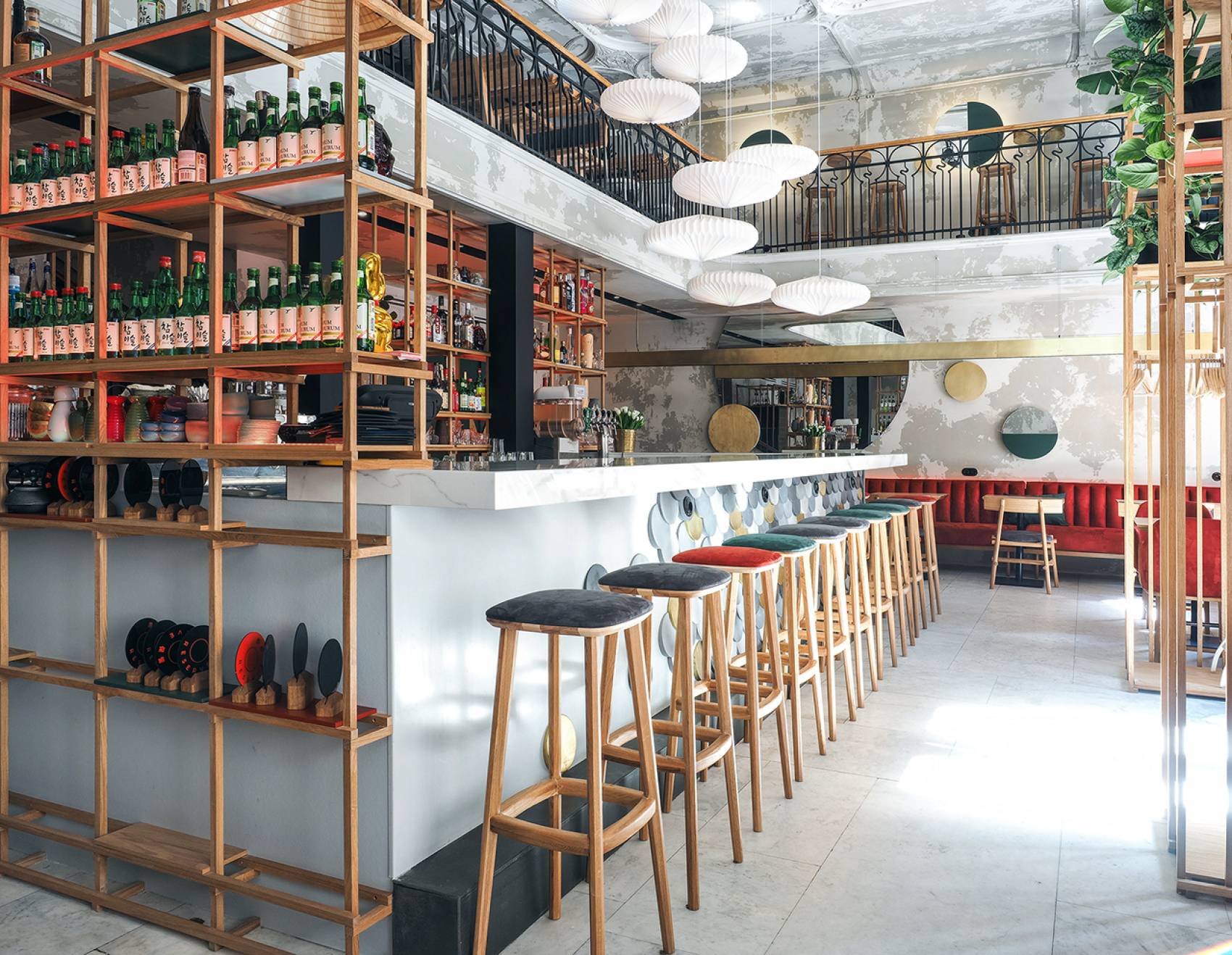 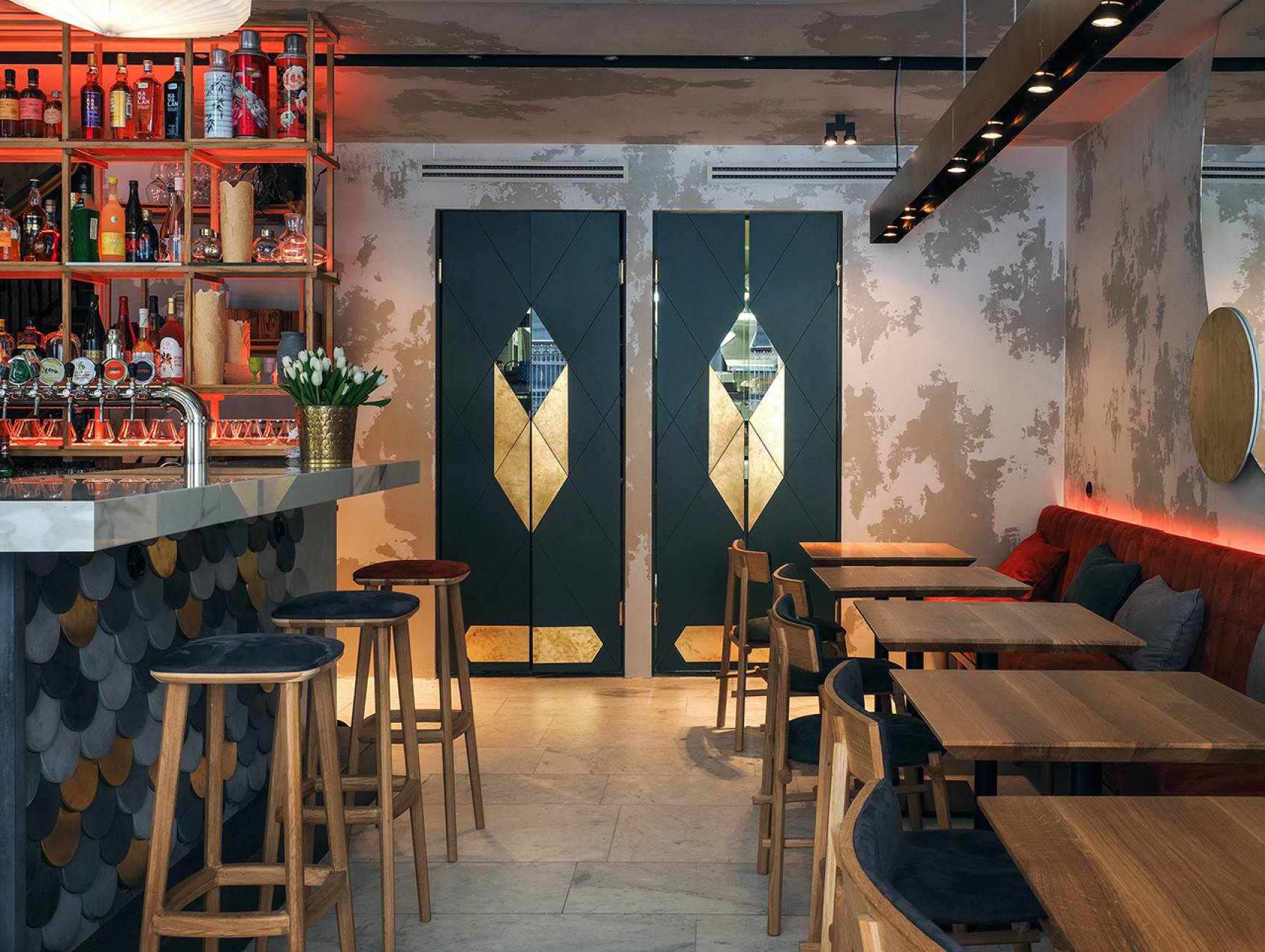 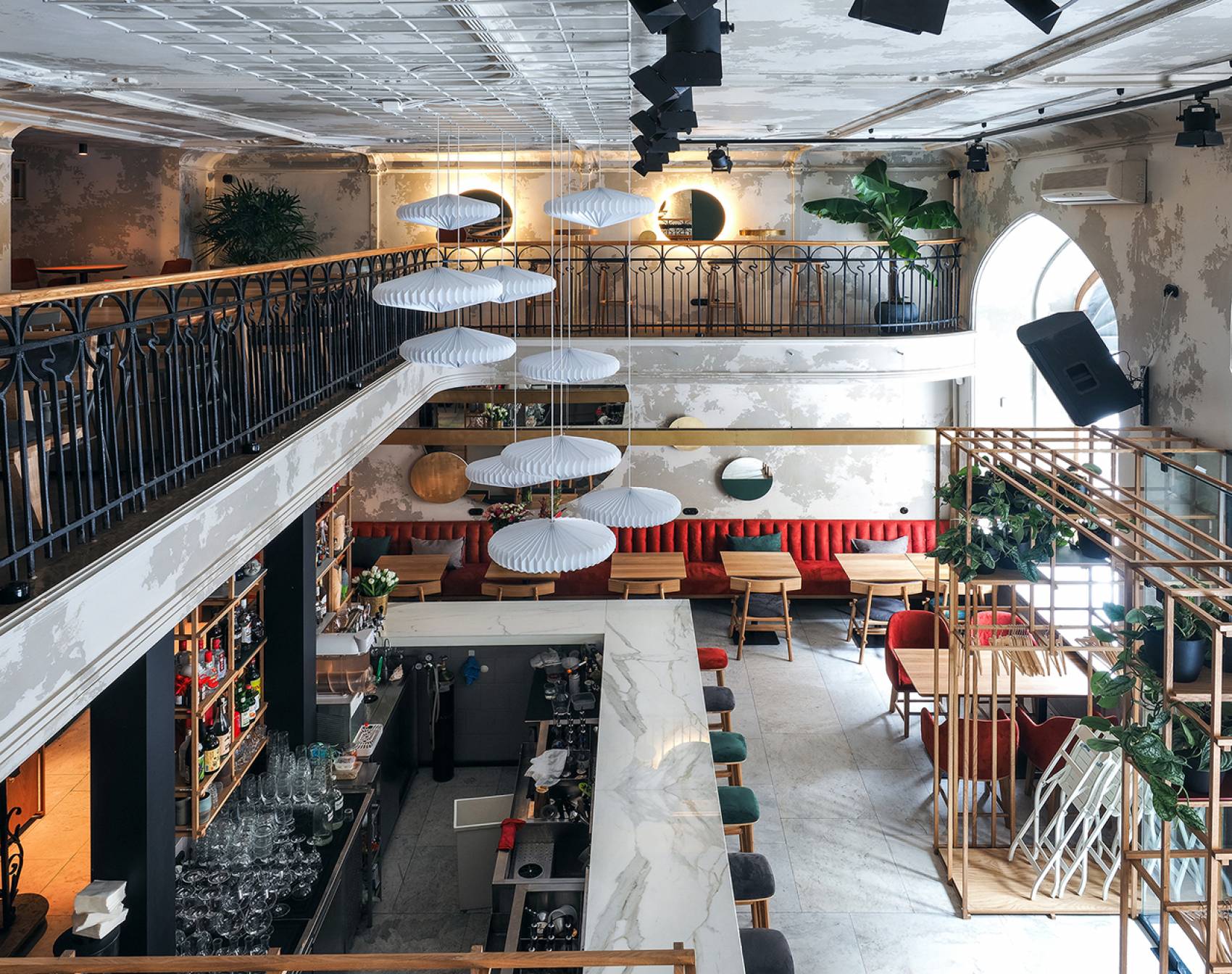 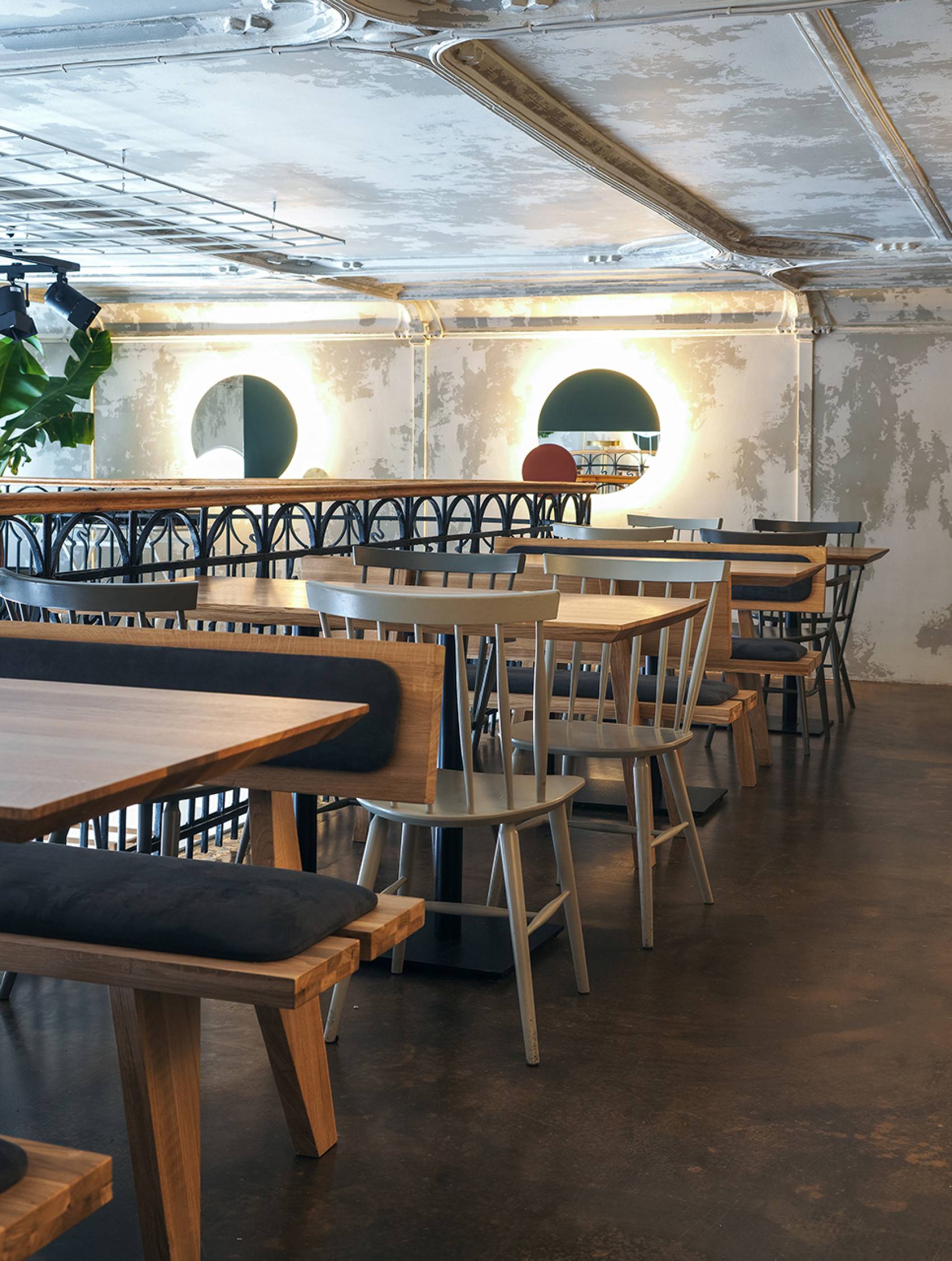 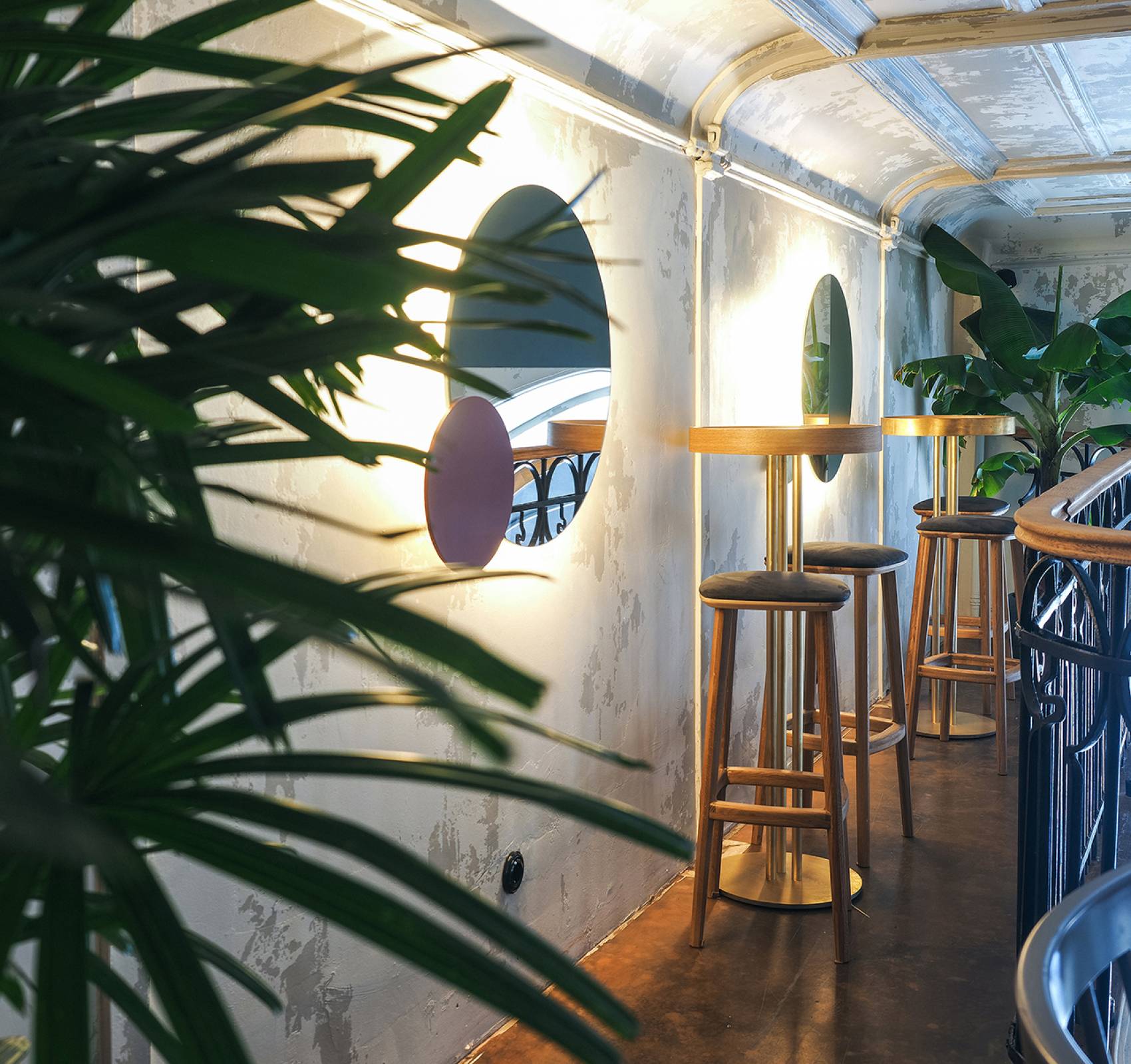 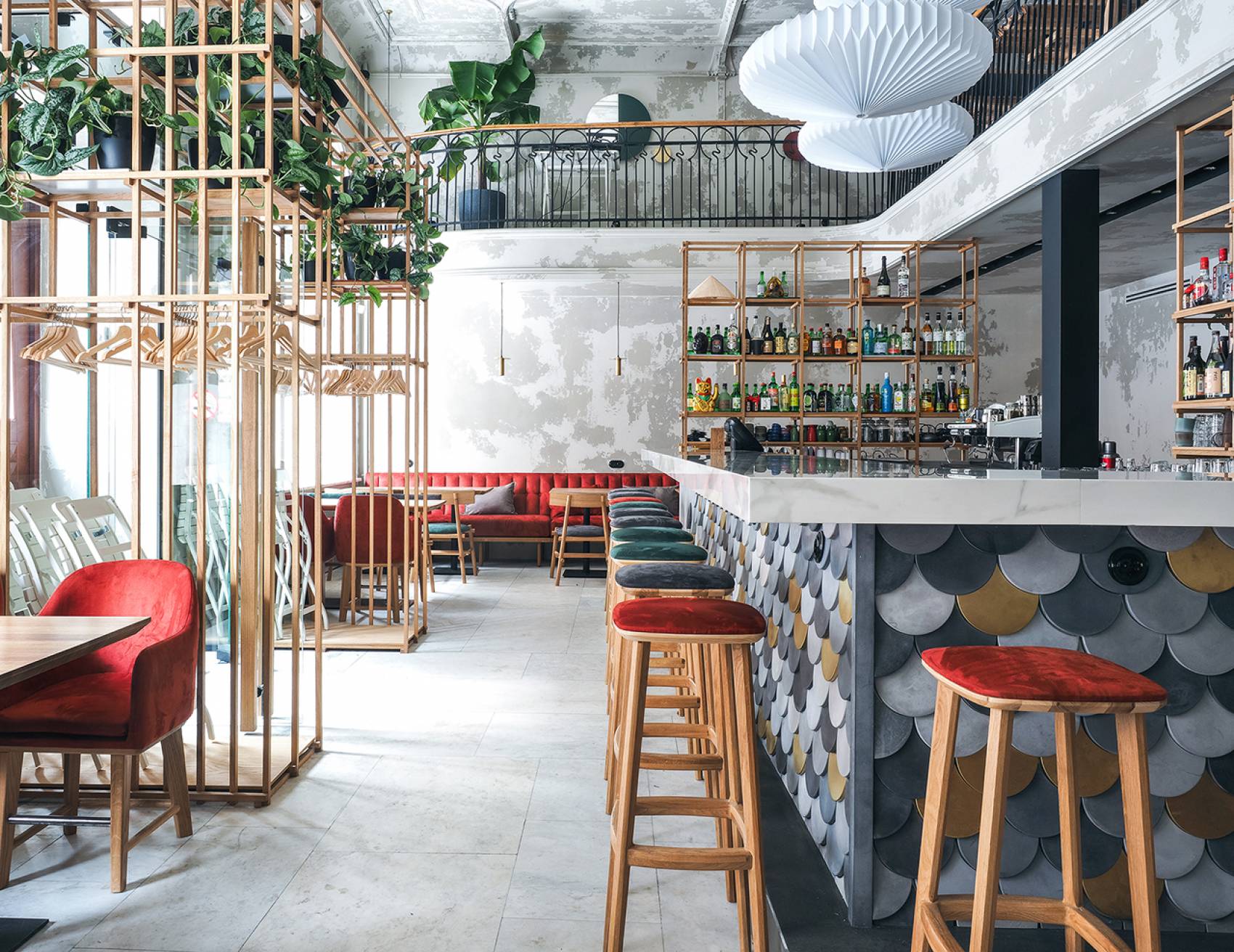 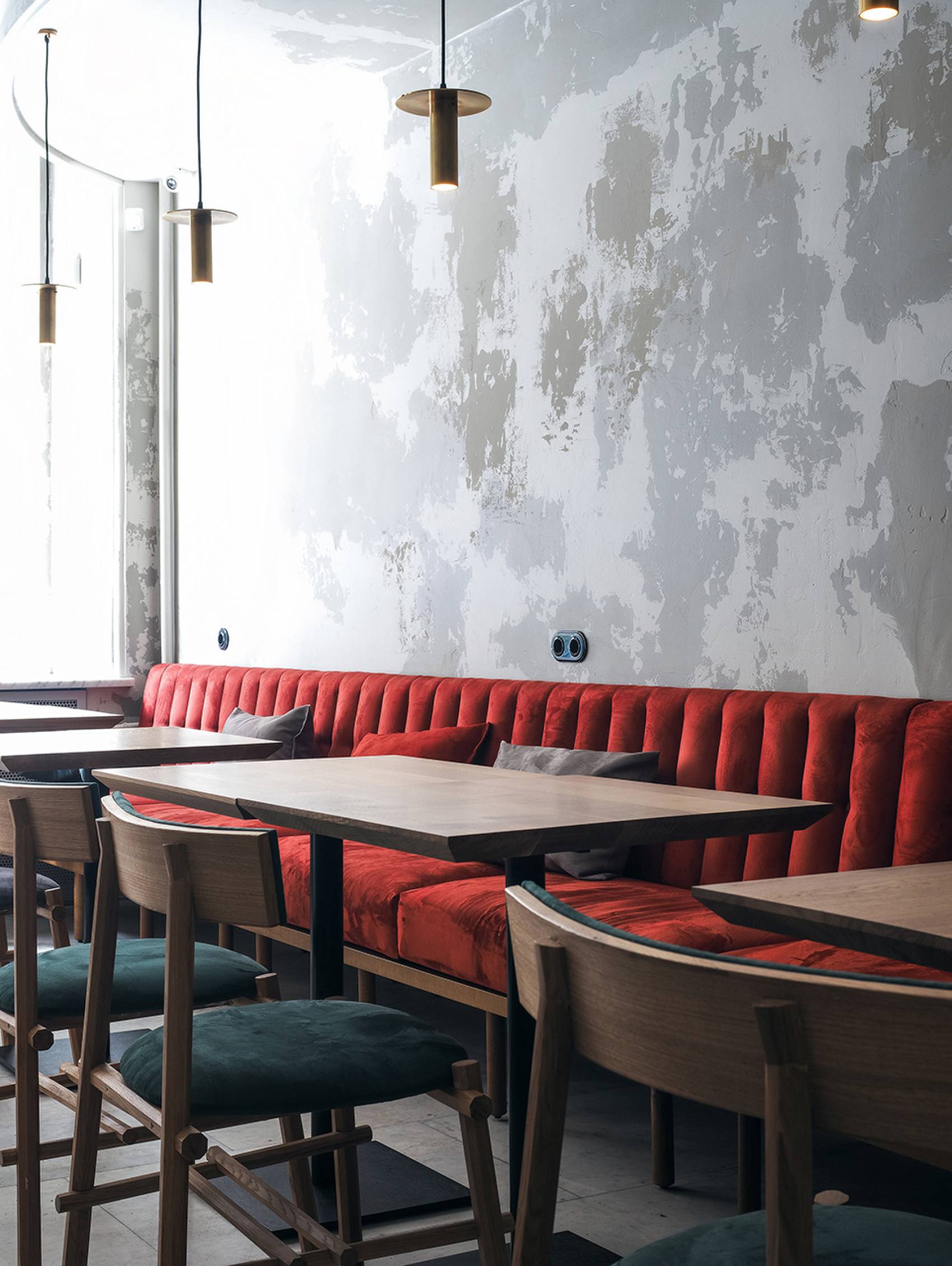 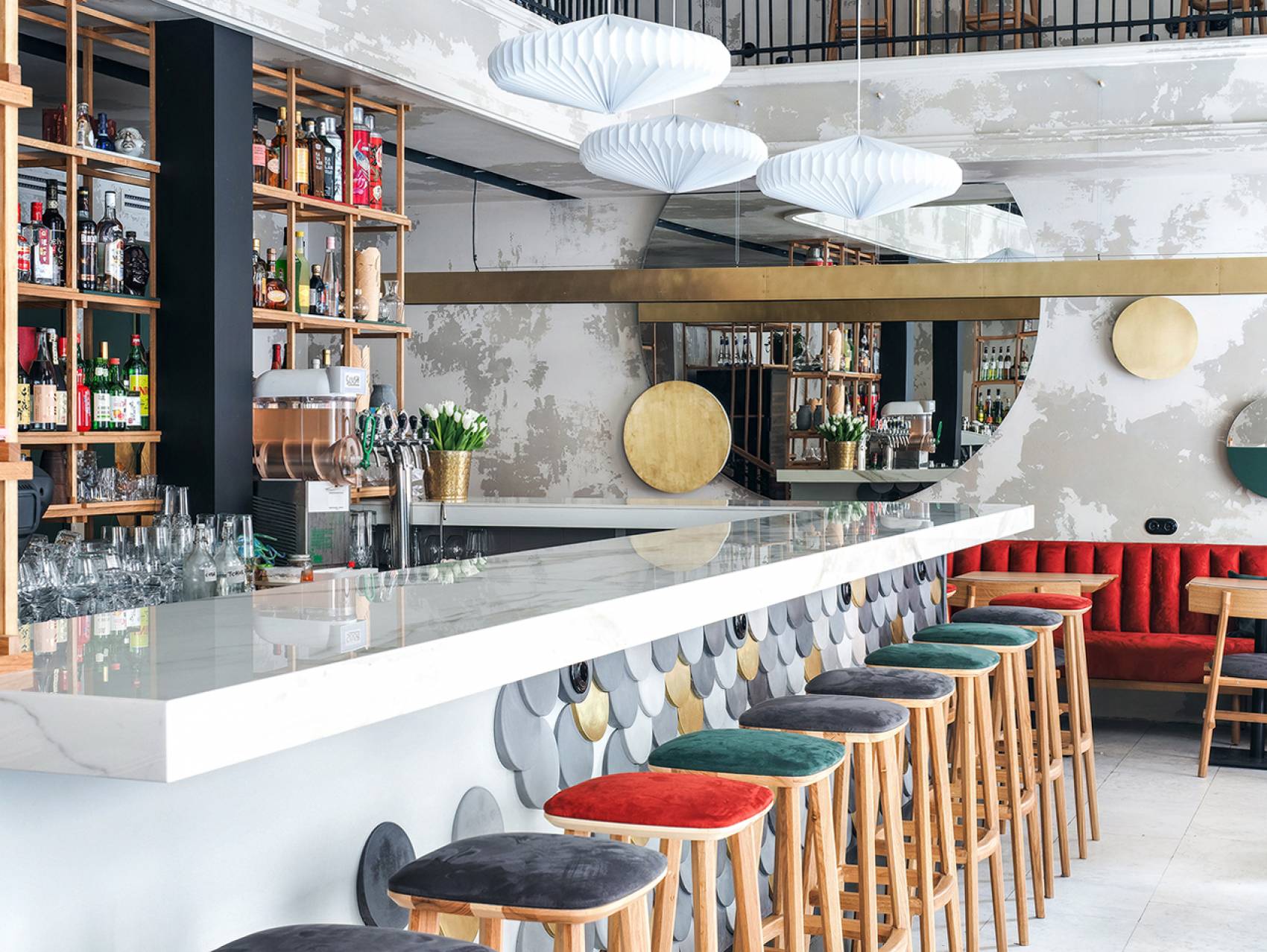 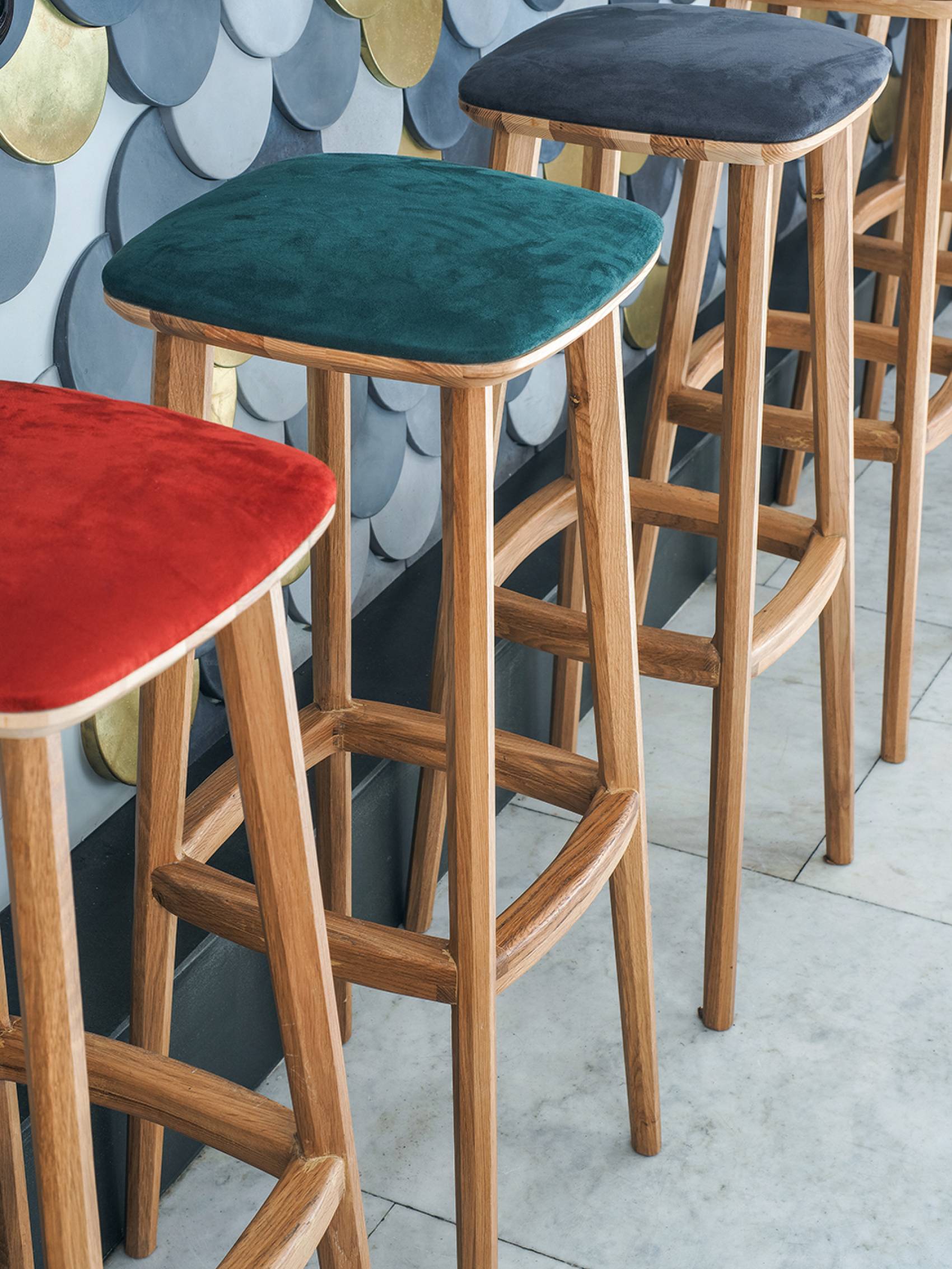 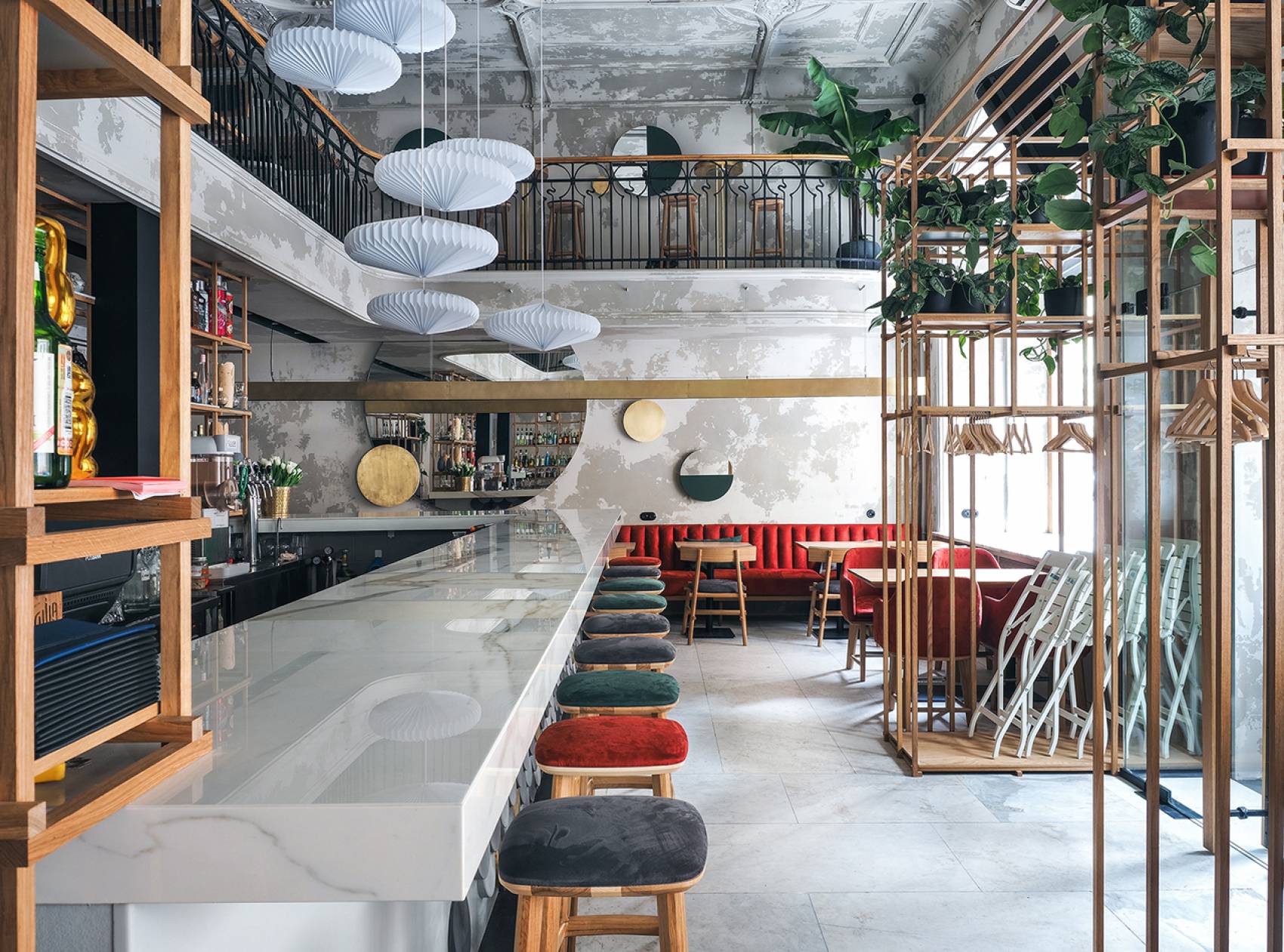 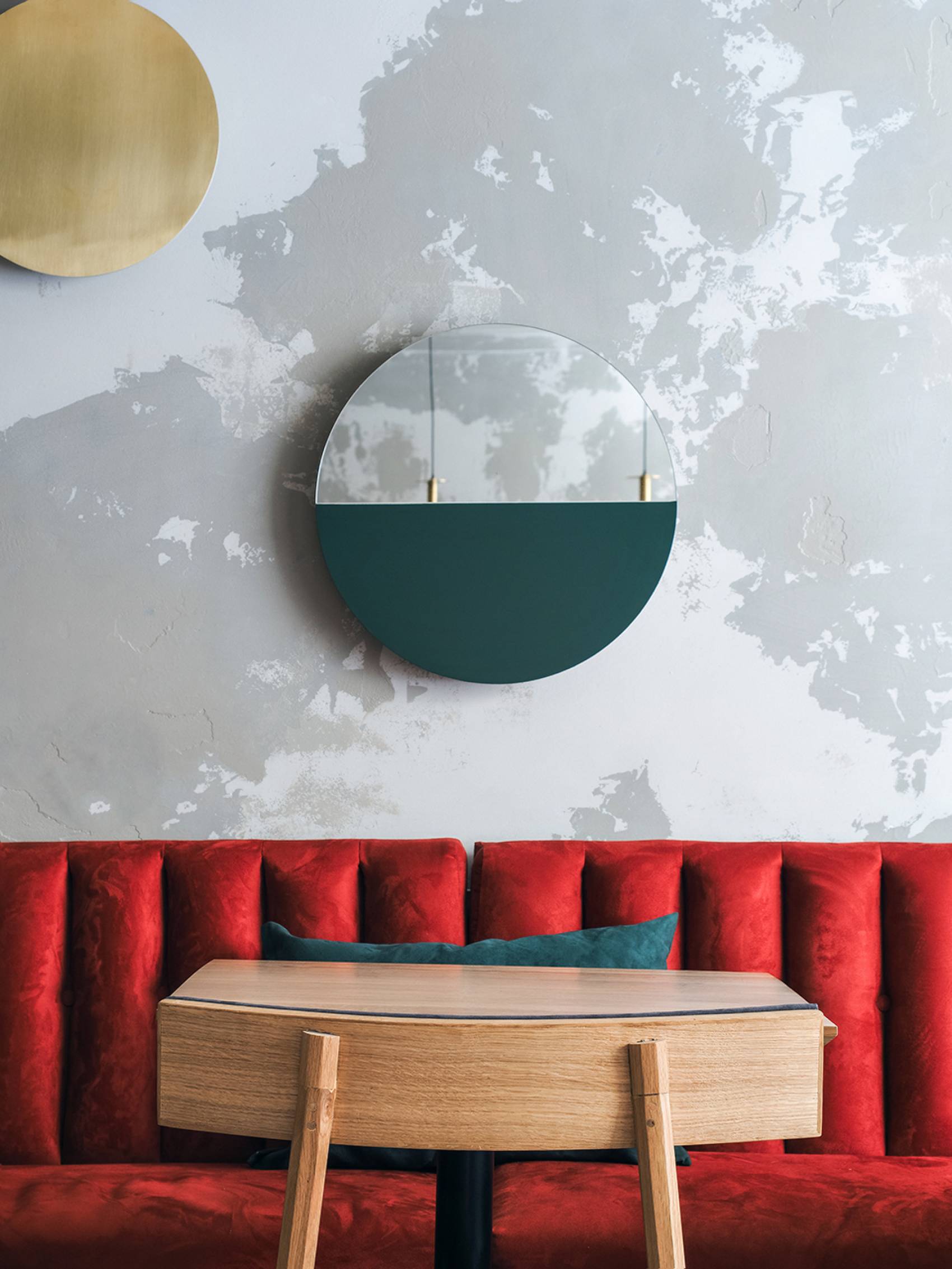 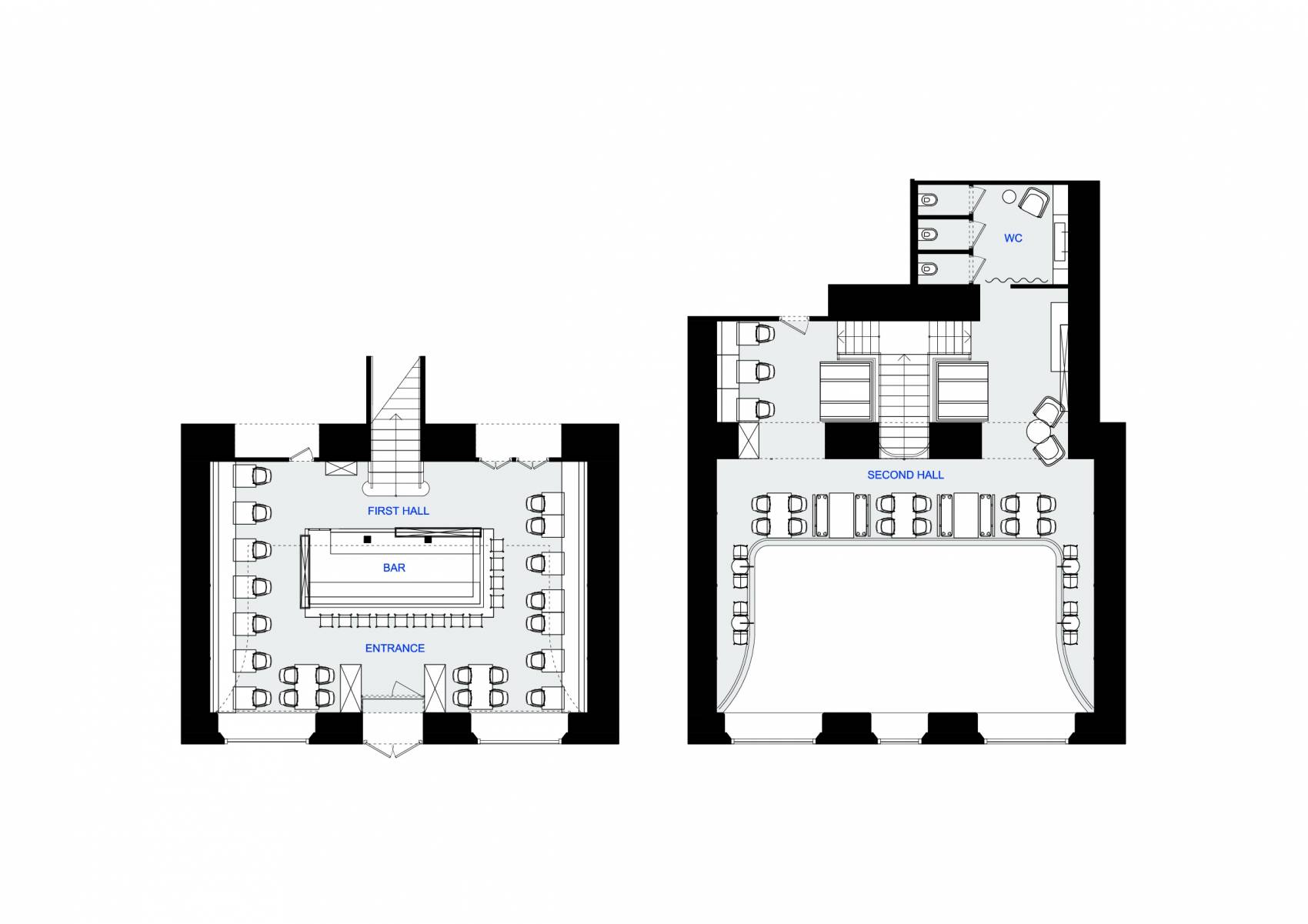 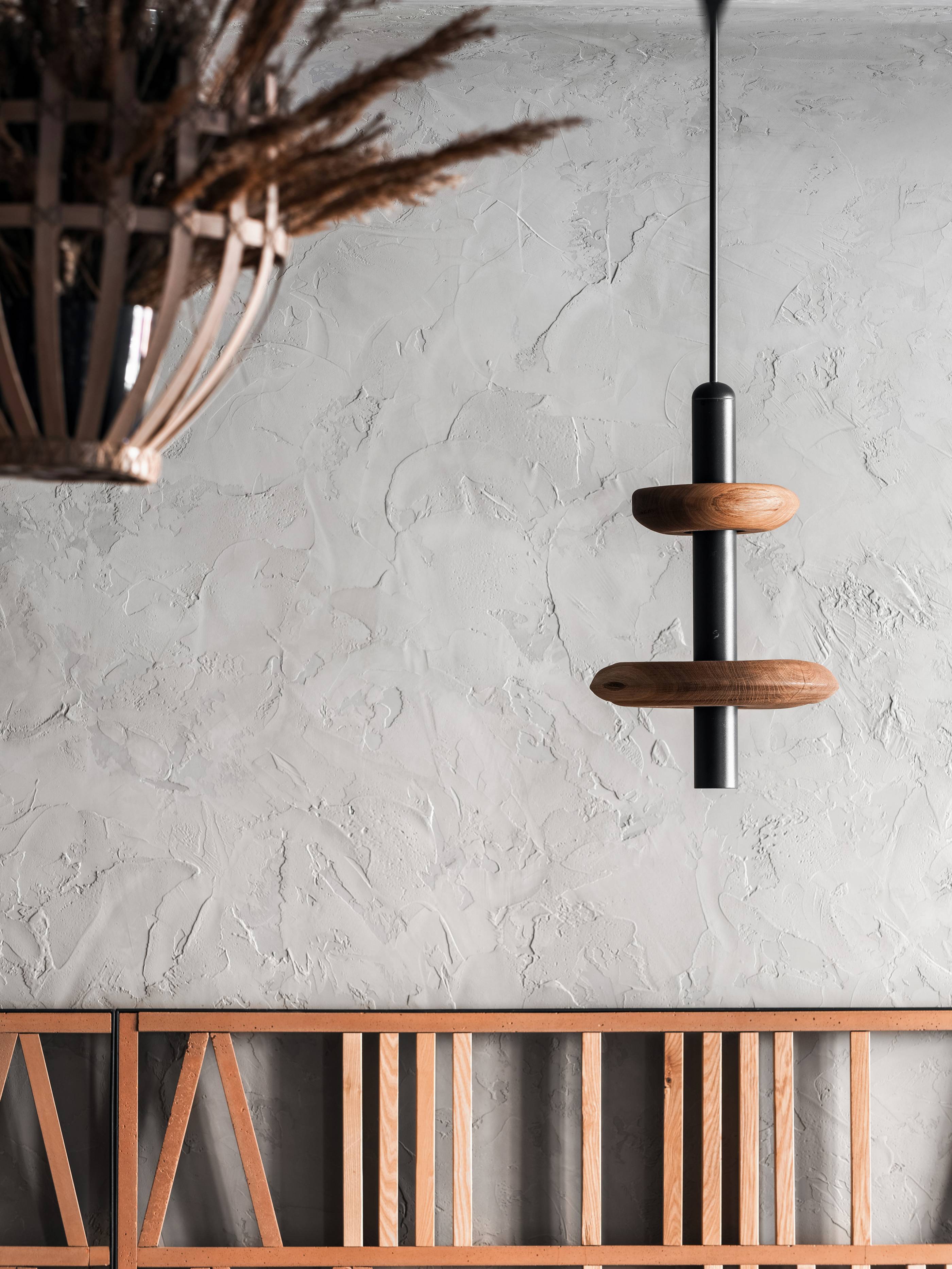