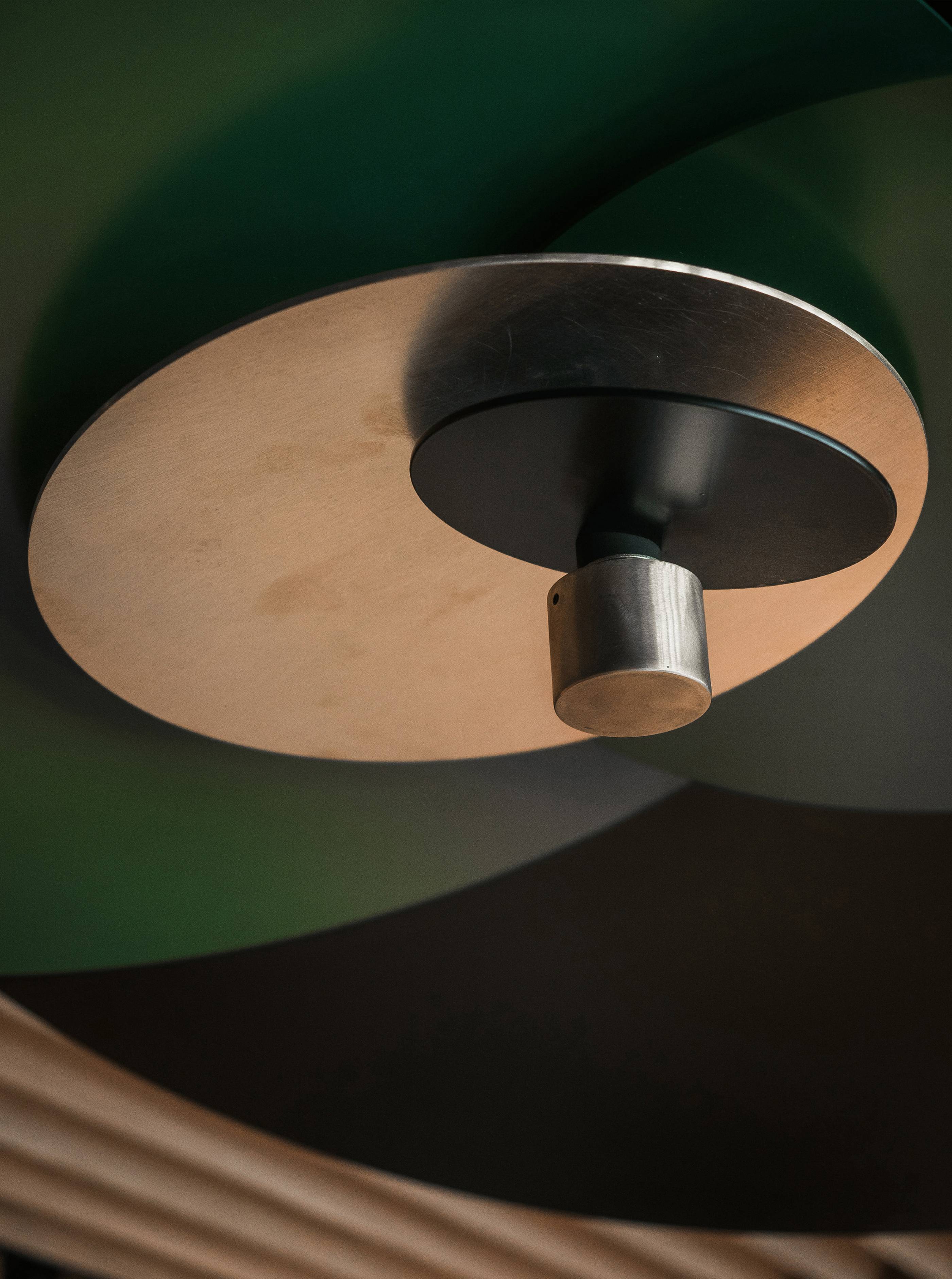 Kompaniya Restaurant on Moskovski prospect is the fourth project that we have developed for the restaurateurs Aleksei Krylov and Aleksandr Prokofev who are wellknown in Saint Petersburg. The guys wanted this place to be intended more for families and make it homelier for one to escape from the city bustle. At the same time, it must have been modern.

Key element of the interior is space itself. On the one hand we wanted to make the most of double height space, on the other hand - to avoid losing a sense of featheriness and airiness and show connection between the two levels of the restaurant.

Besides, we wanted the restaurant hall to be well visible from the street for passersby in order to attract visitors.

For this purpose the space next to windows was filled with a high construction made of wood and metal. Planters and cache-pots with plants placed there made it look like a glass or orchard house.

The construction provided for connection between the two levels of the restaurant and let it be possible to extend street space up to the restaurant hall.
This part of the restaurant is associated with some kind of a winter garden: there is a lot of light and greenery here, all the furniture in this zone is of outdoor type, and lightning is also similar to street spotlights.

The two-level part of the restaurant has been created in a more classical and calmer way: we used elements represented in the first Kompaniya Restaurant as a basis in order to keep these two projects in the same breath.

Thanks to such architectural proposal, we have managed to organize the space in an interesting way, which makes it work efficiently both from the outside (a glass house is perfectly visible from the street through big windows and it attracts your attention in the split second), and from the inside (the interior has several zones with different filling, so any guest may find a place to their liking).

At the same time, thanks to the layout concept we have managed to make logistics simple and sensible in such rather complicated space. 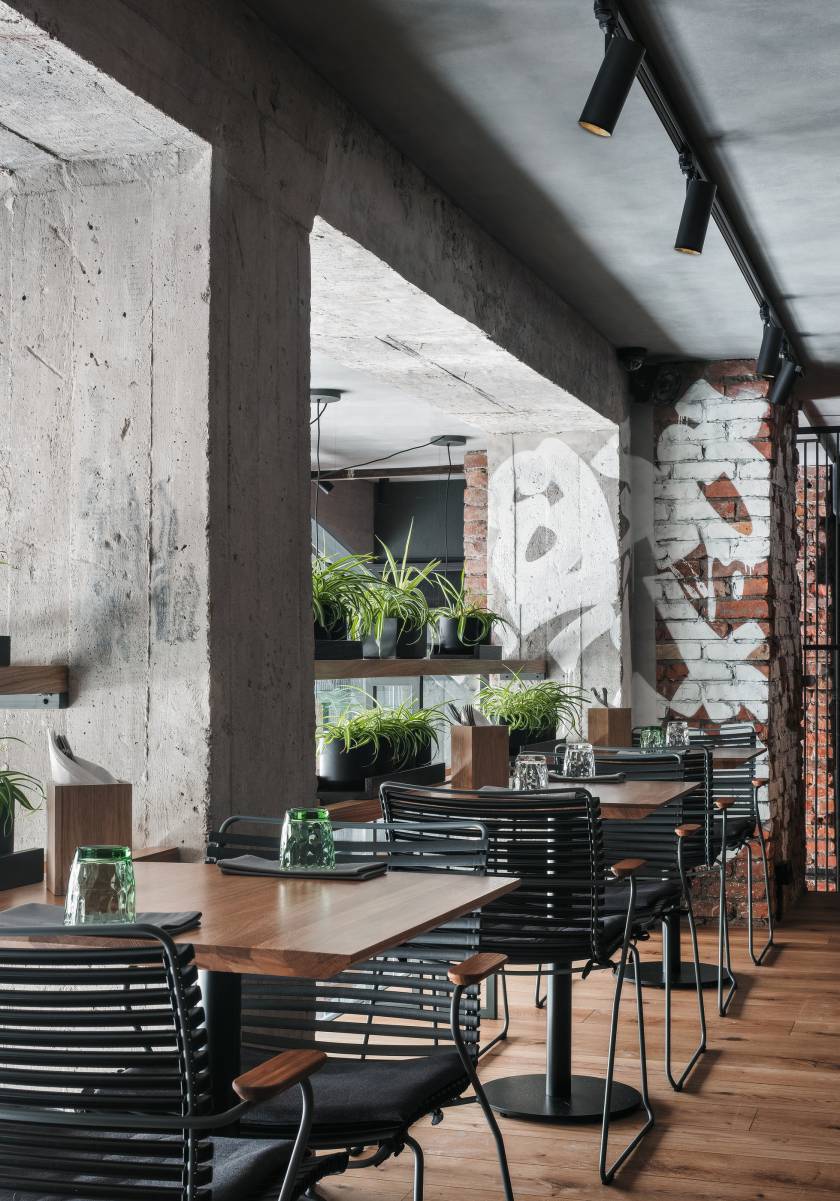 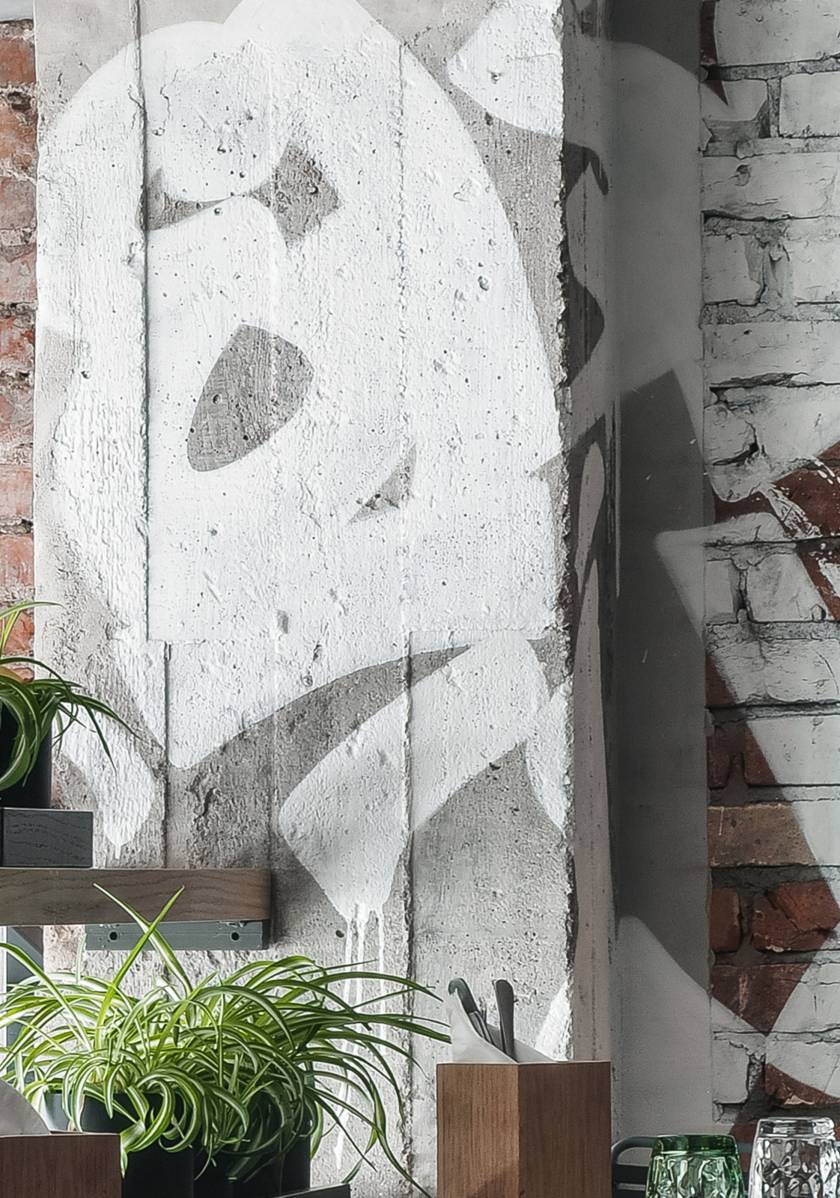 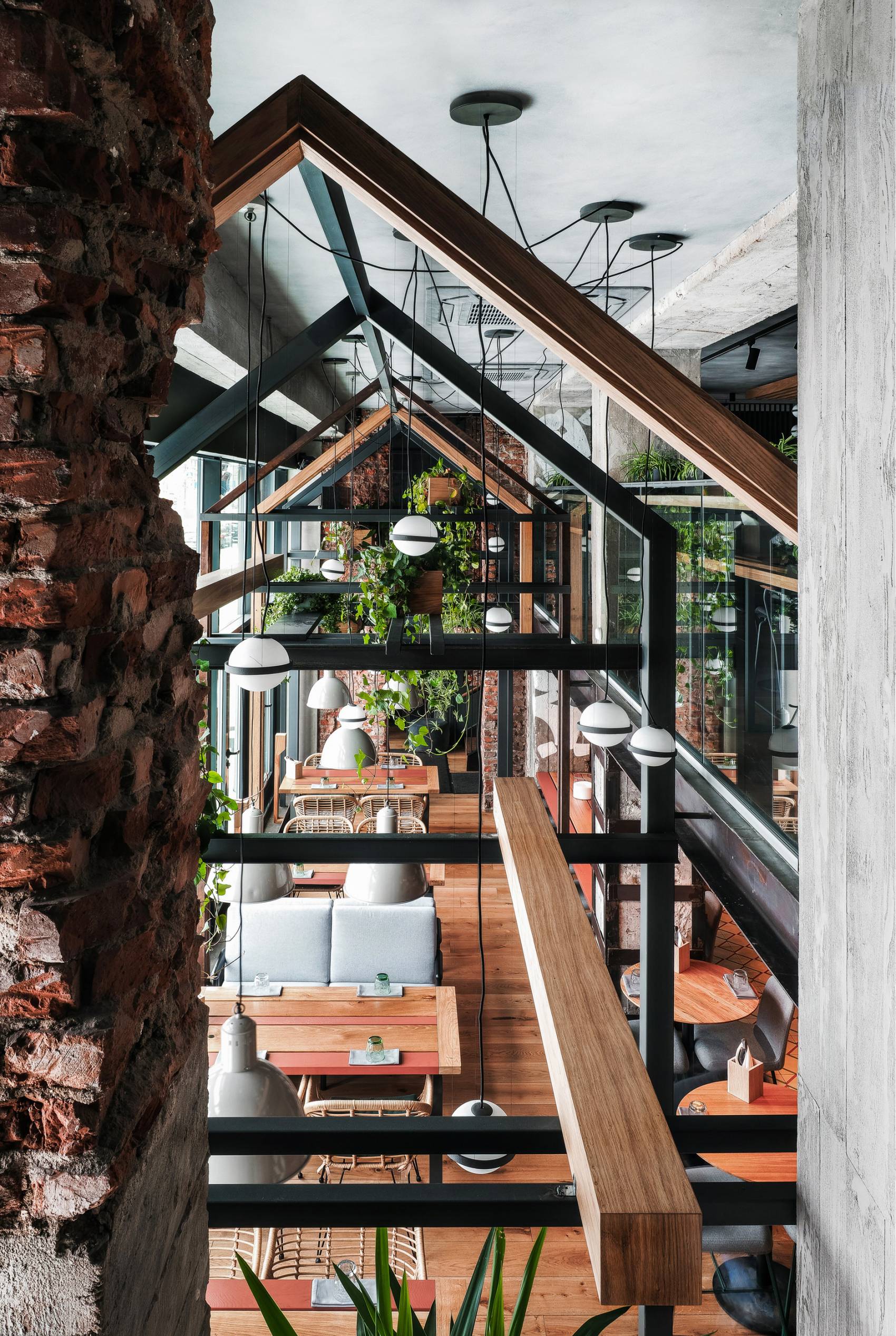 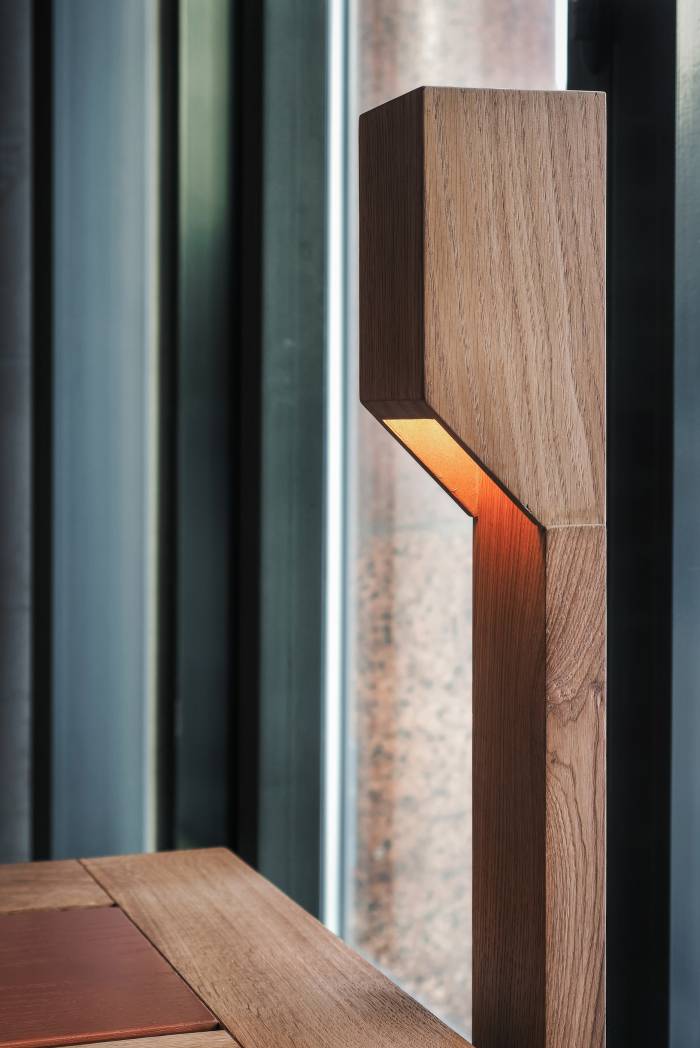 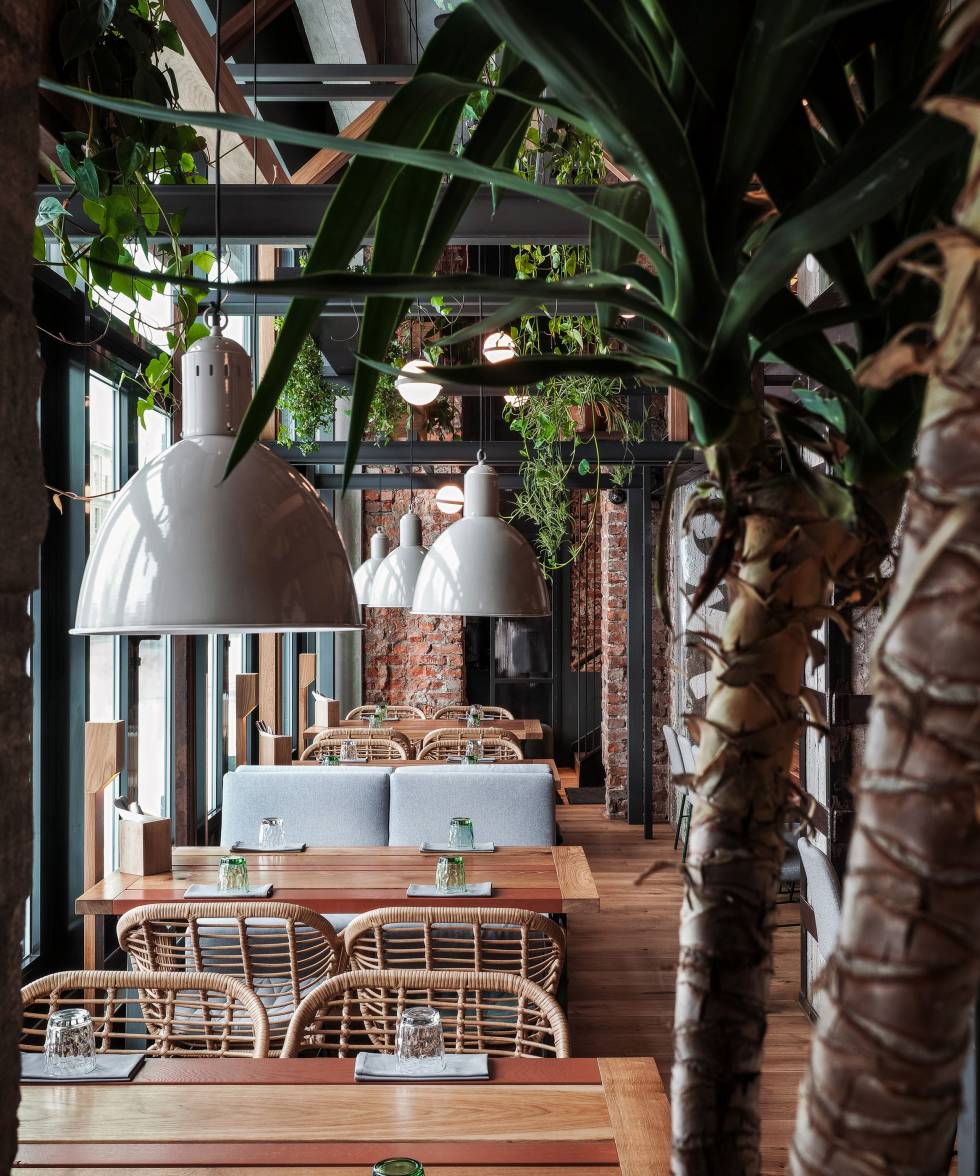 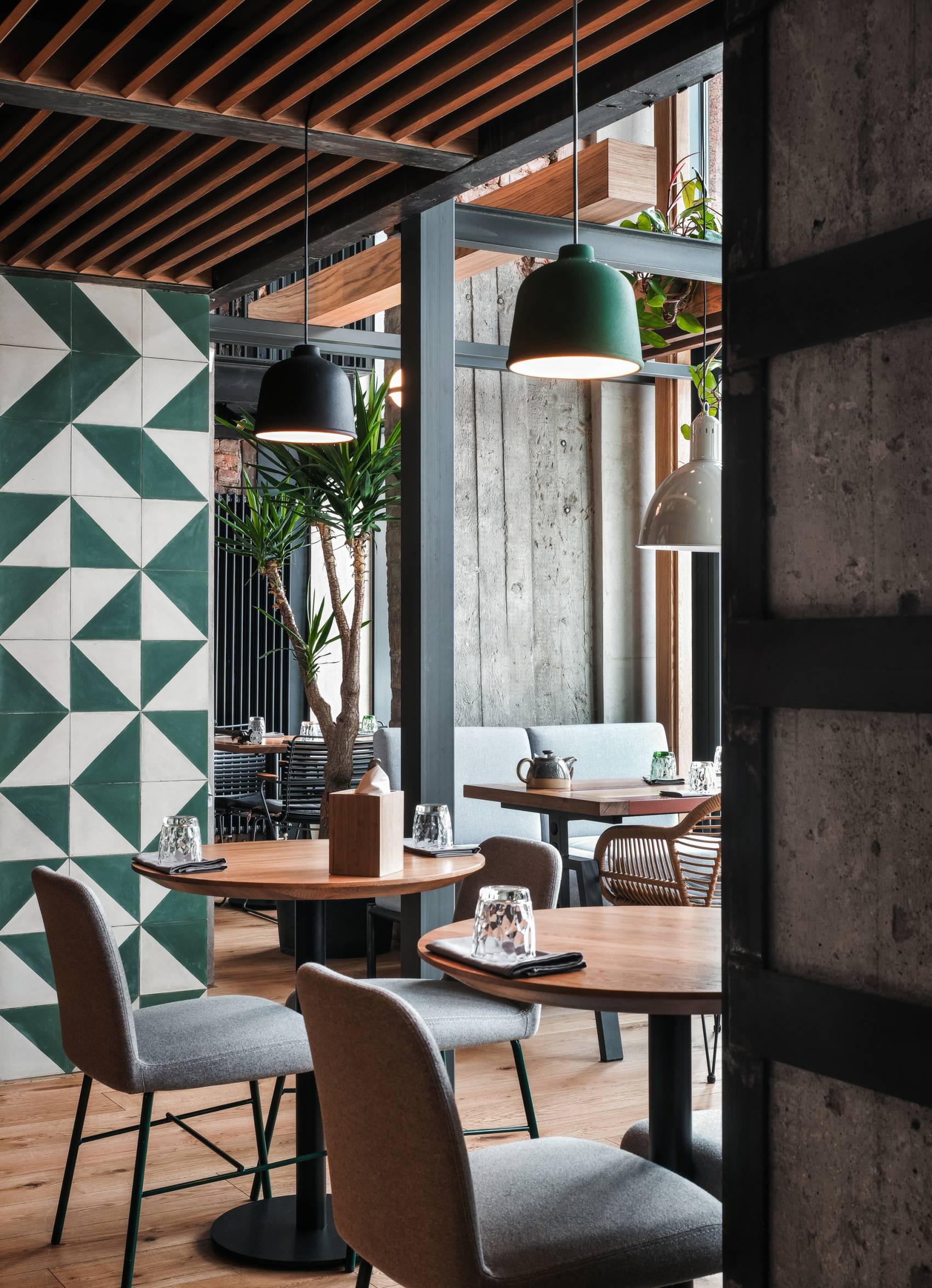 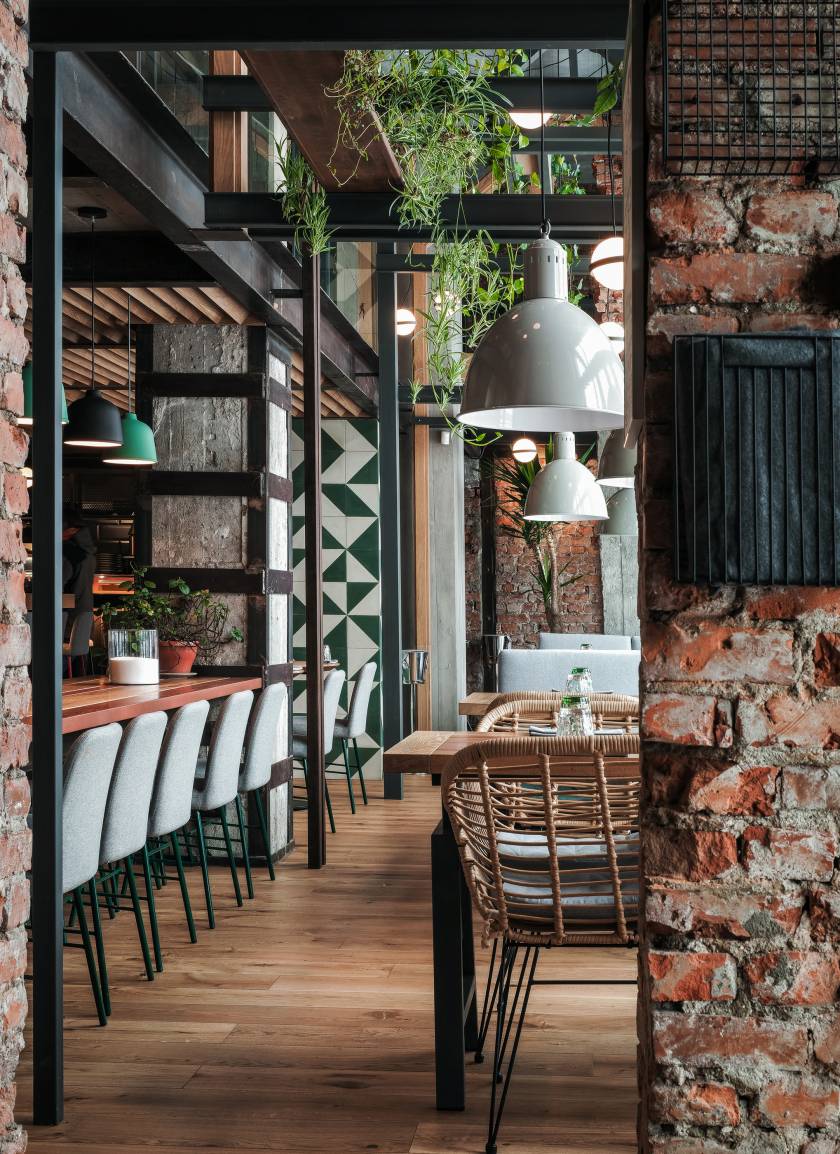 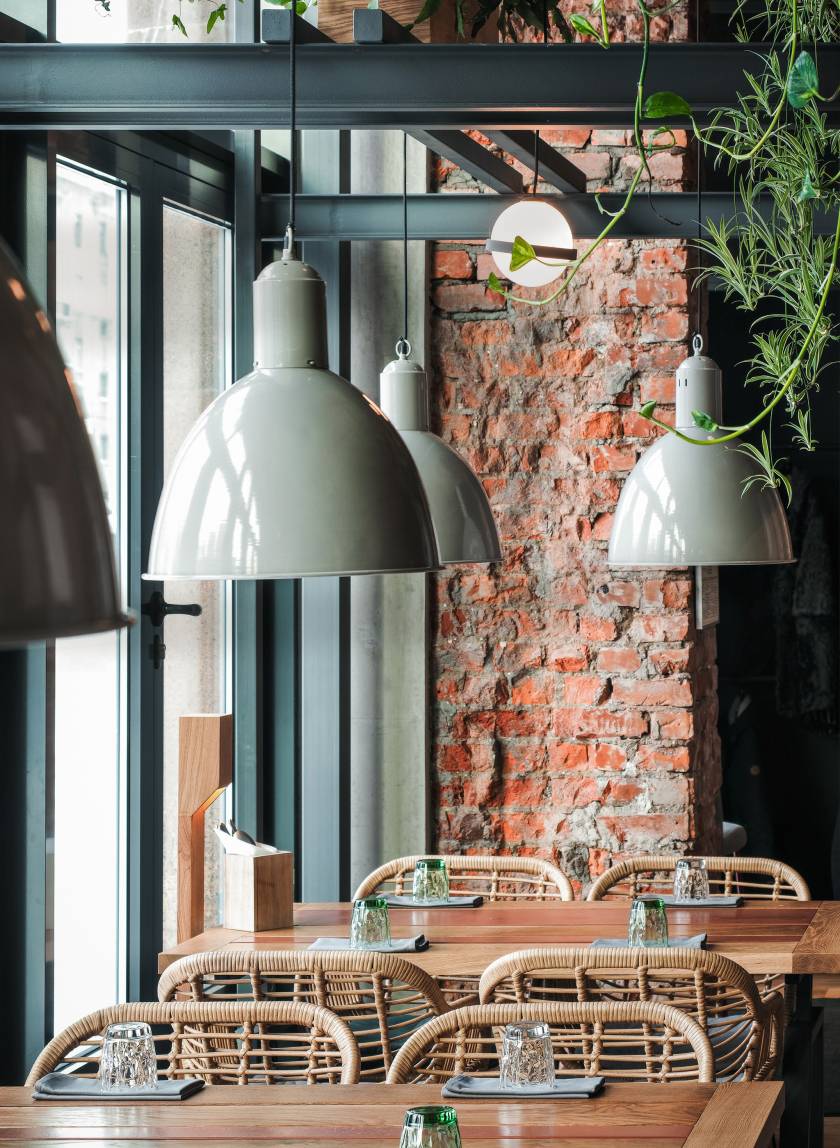 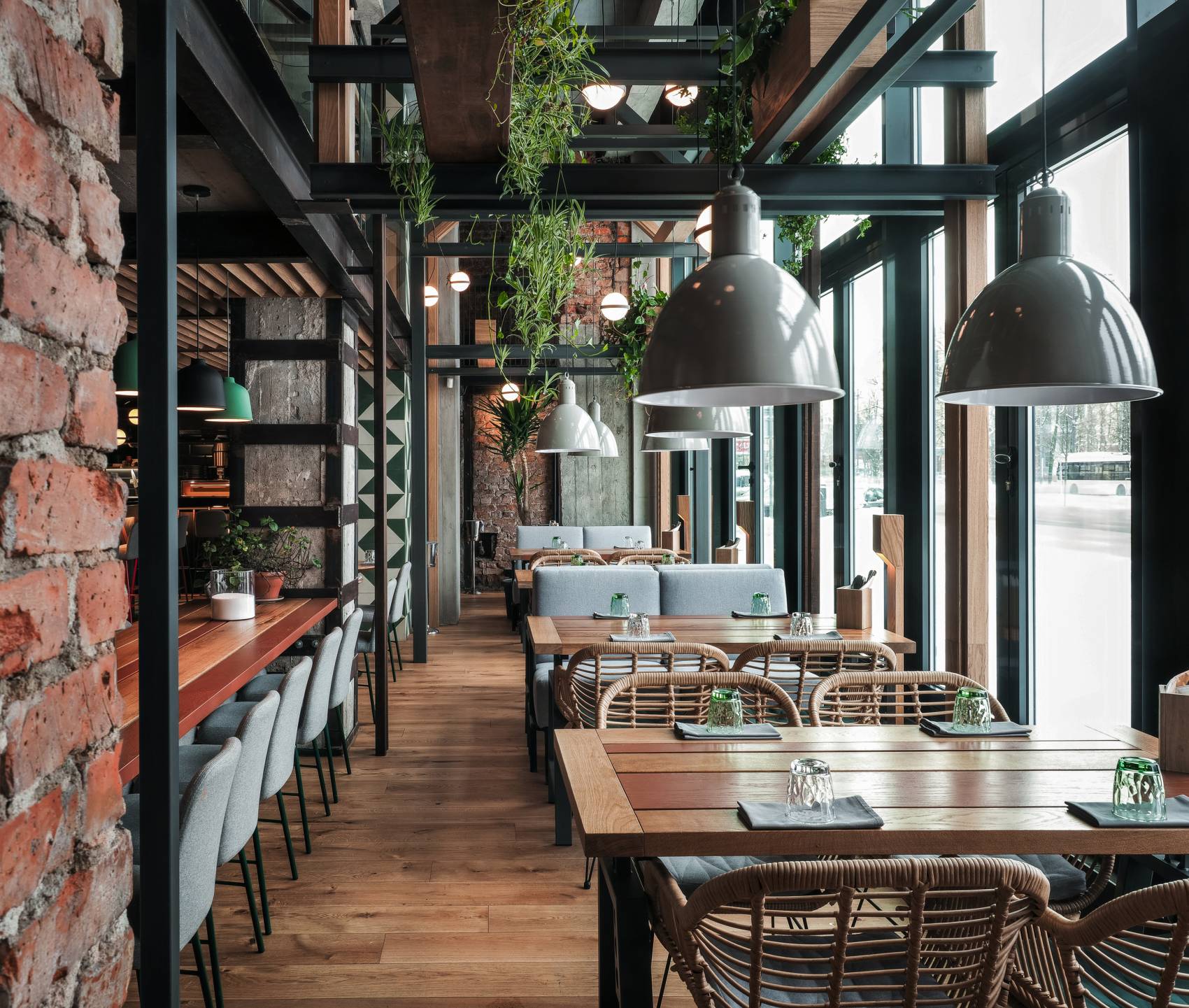 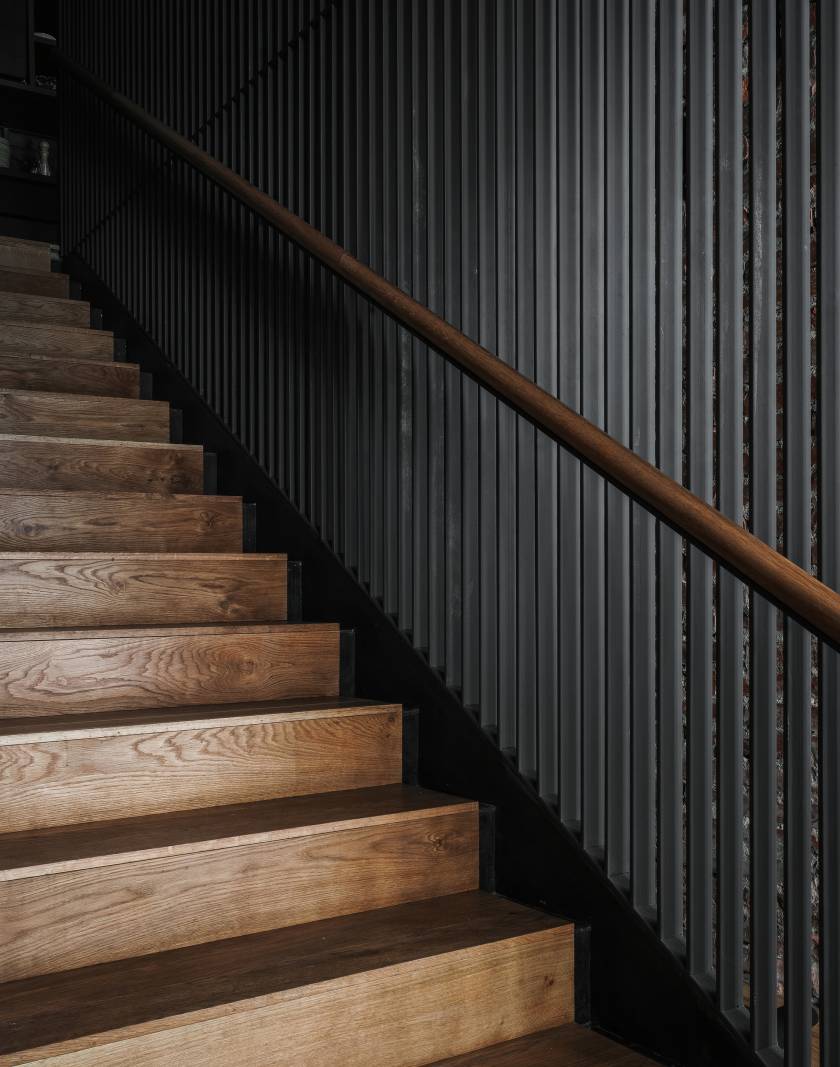 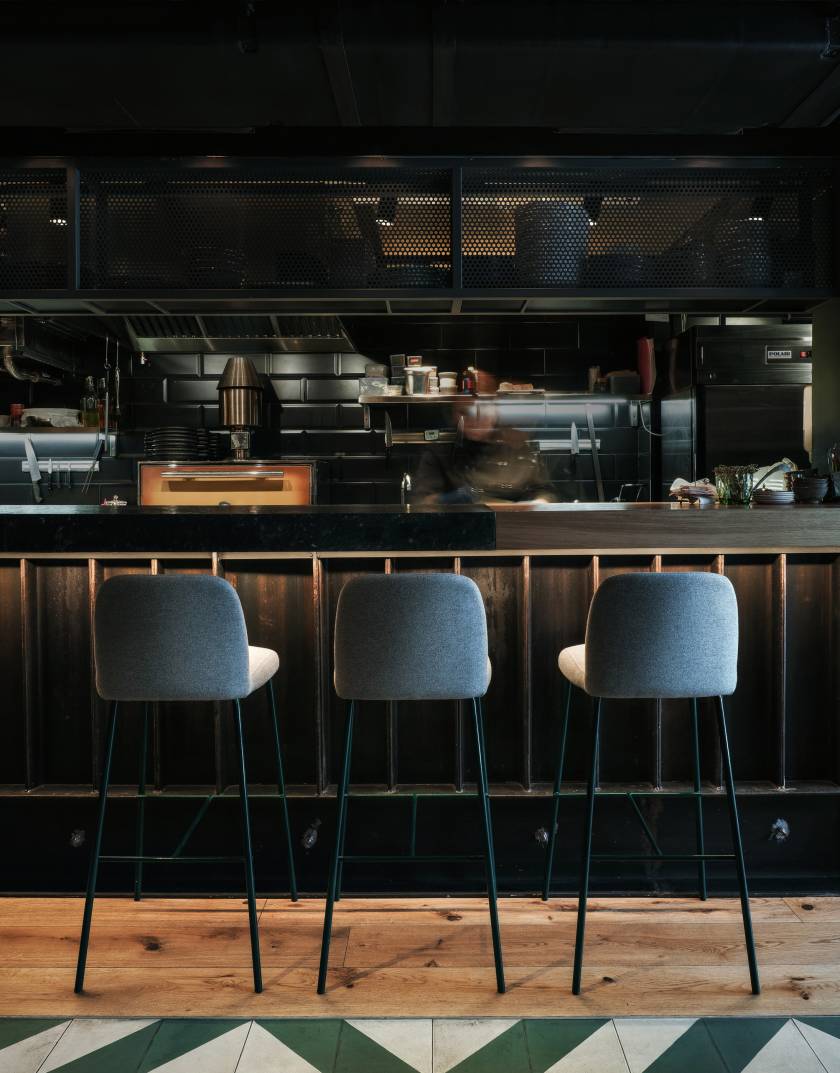 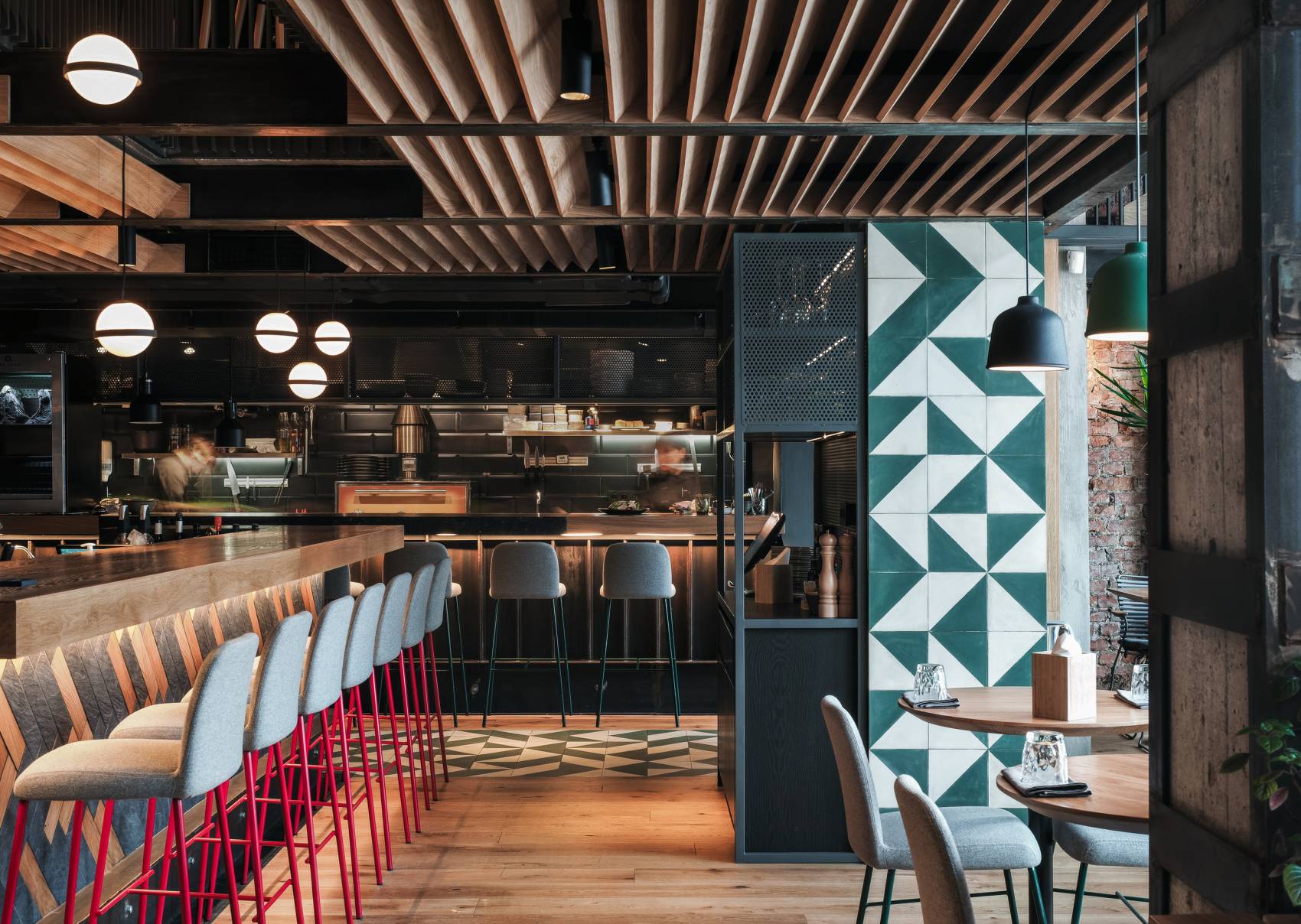 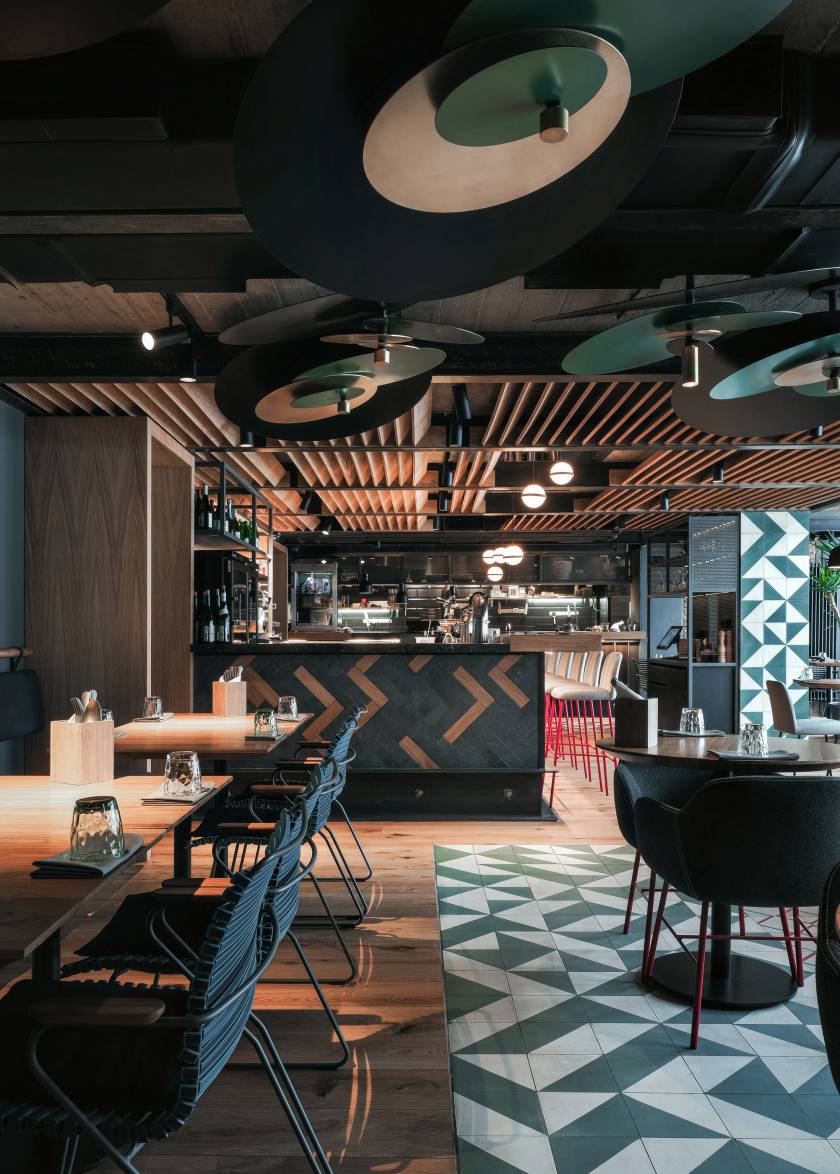 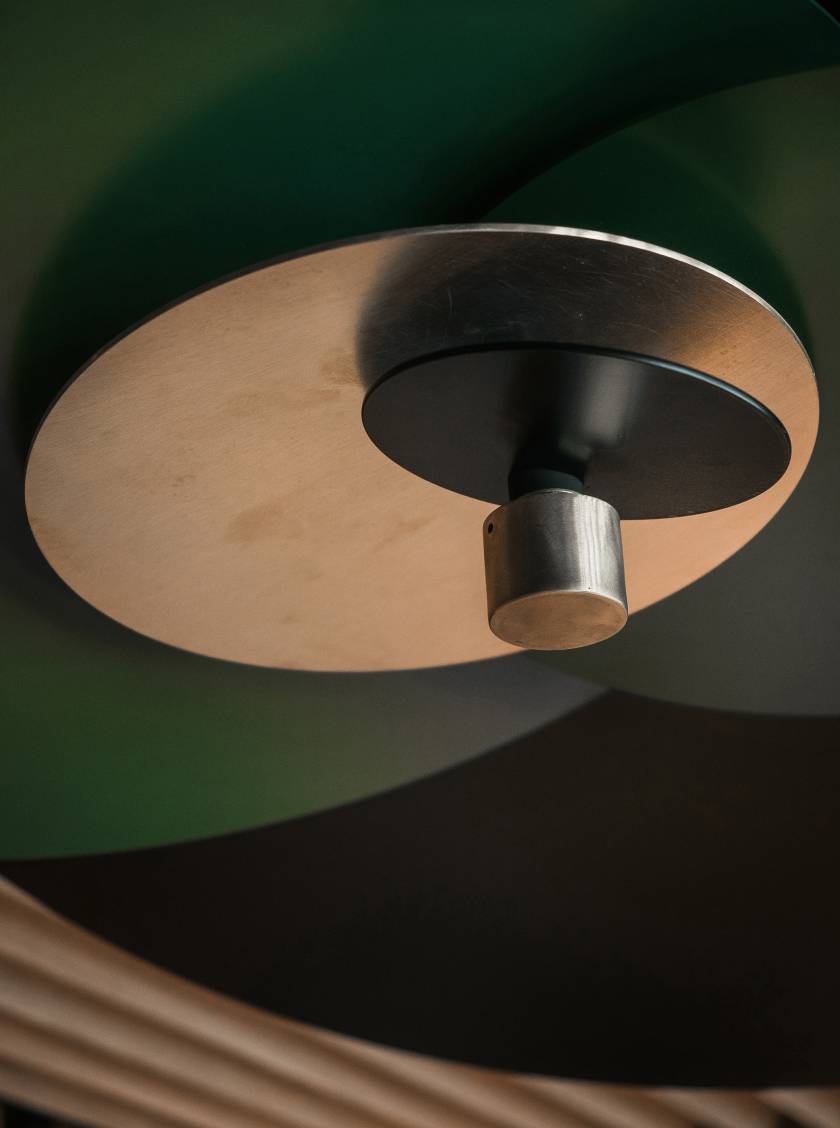 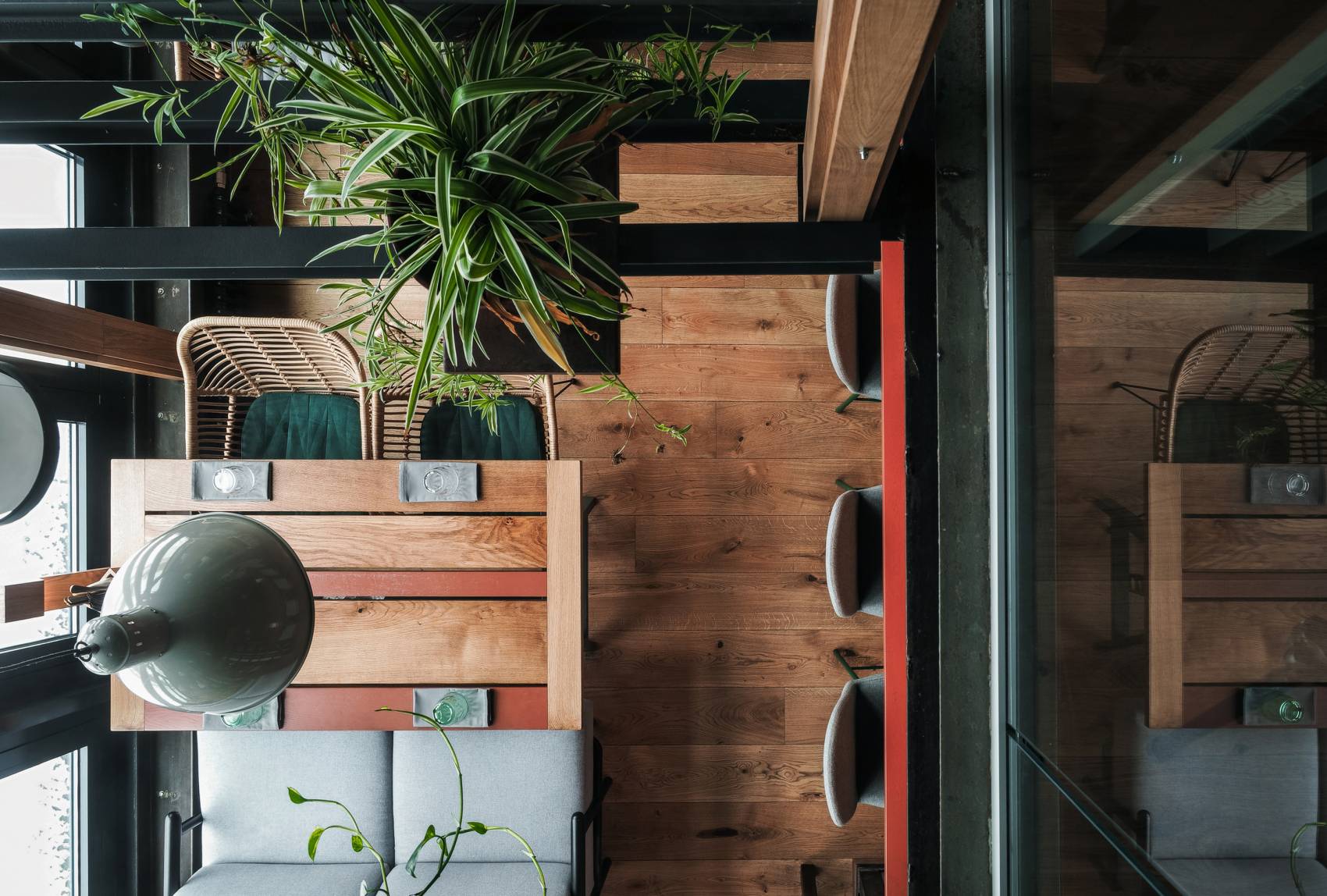 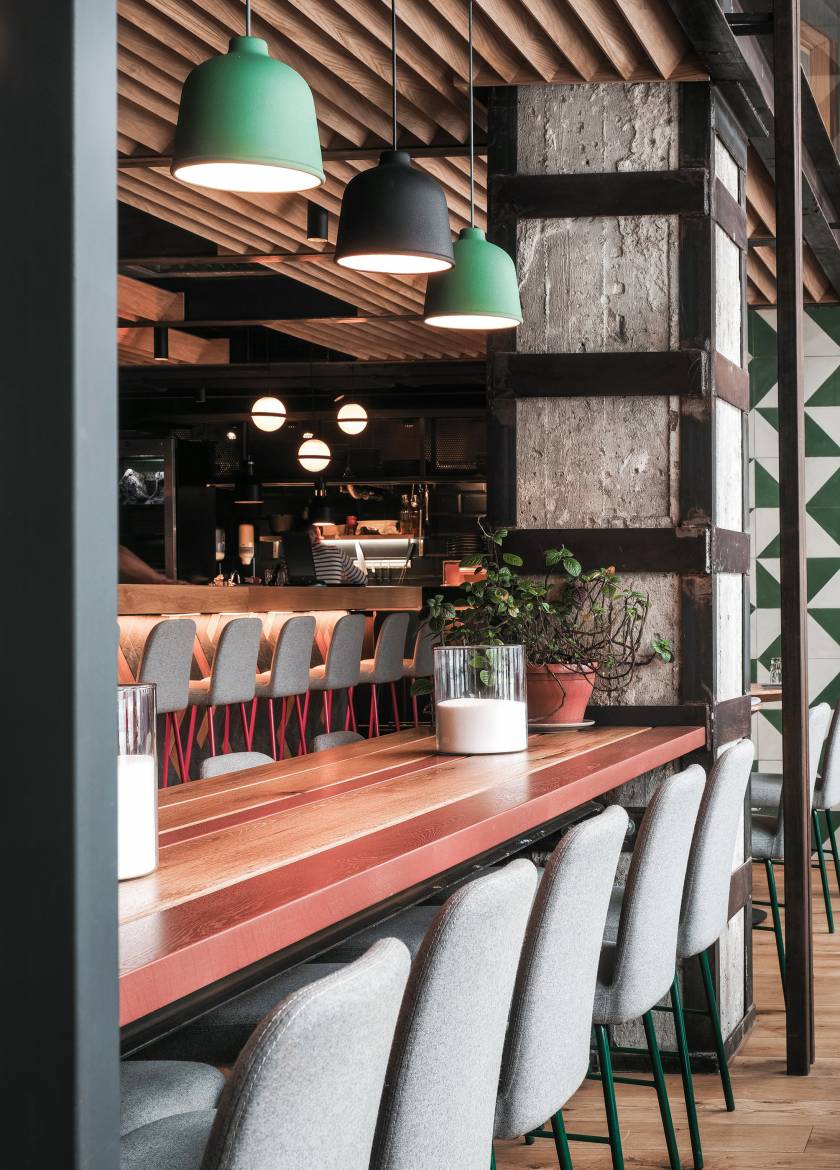 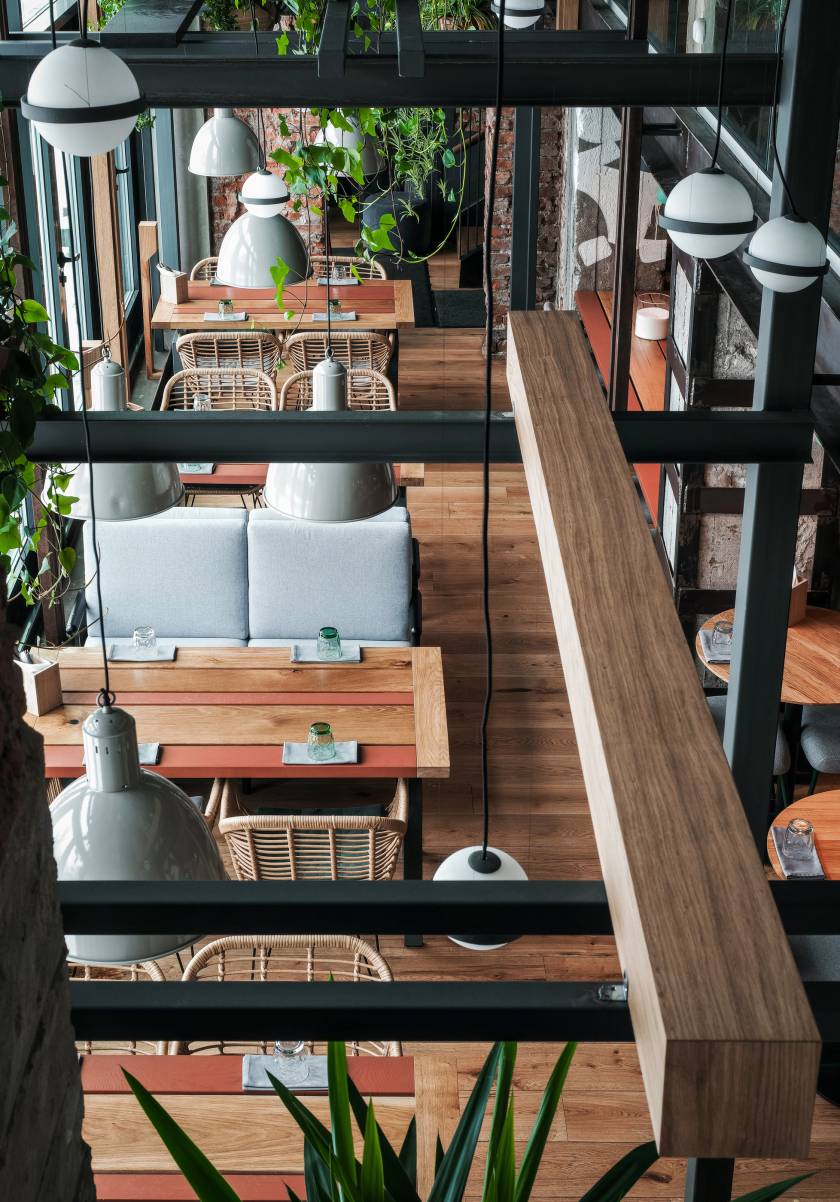 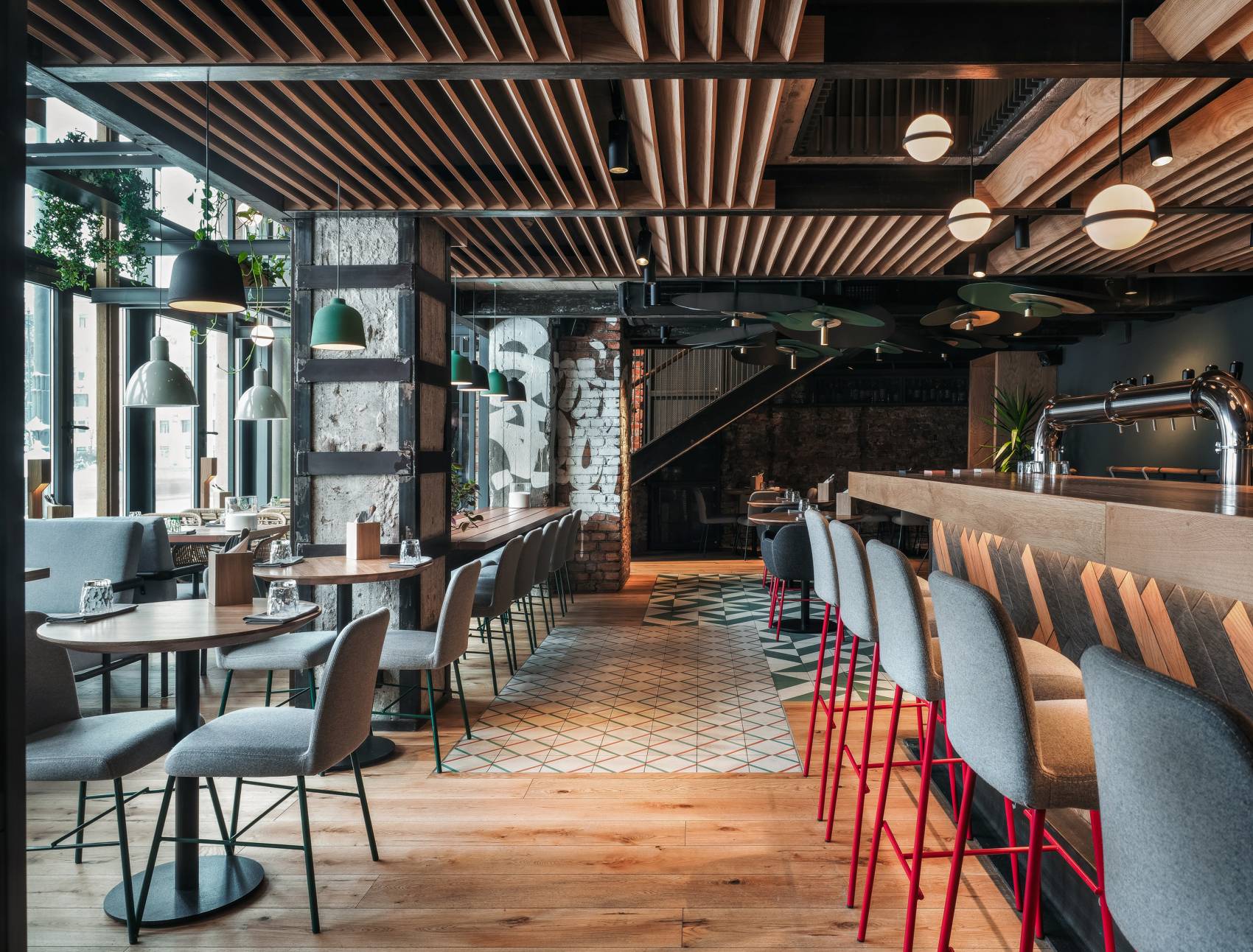 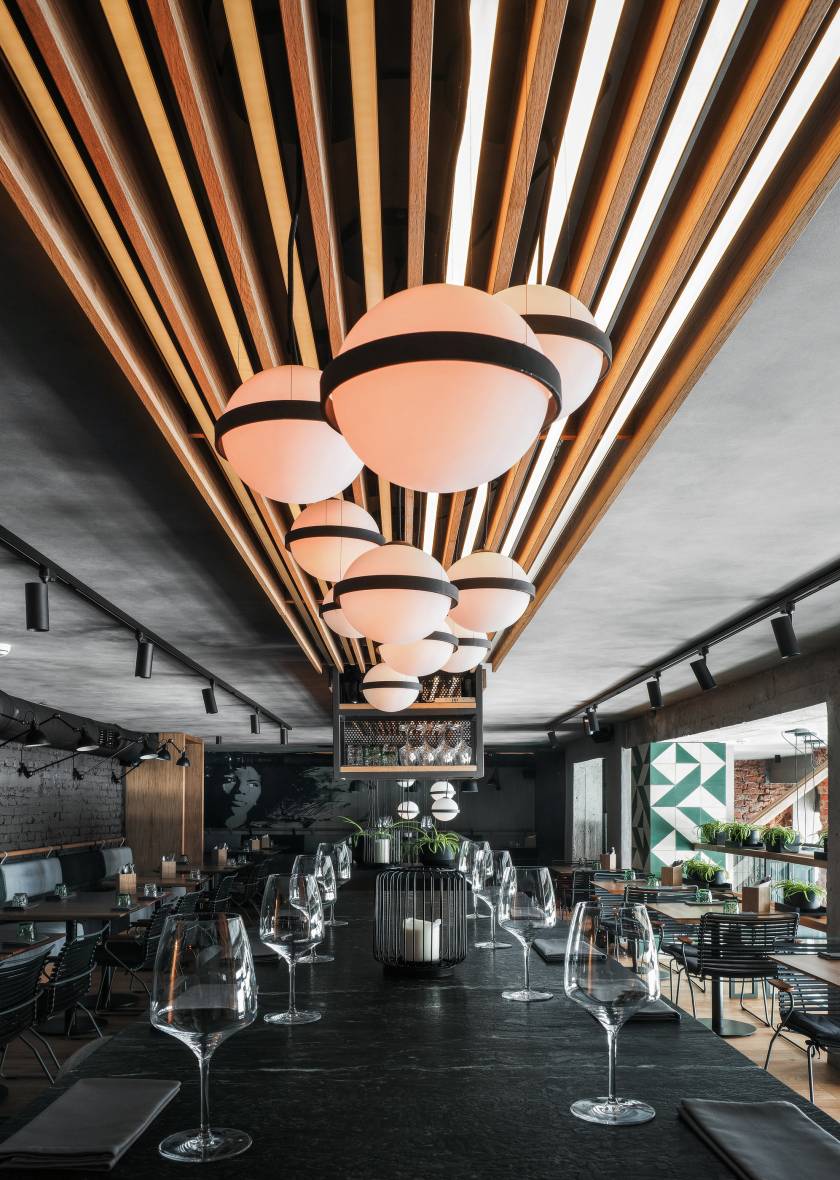 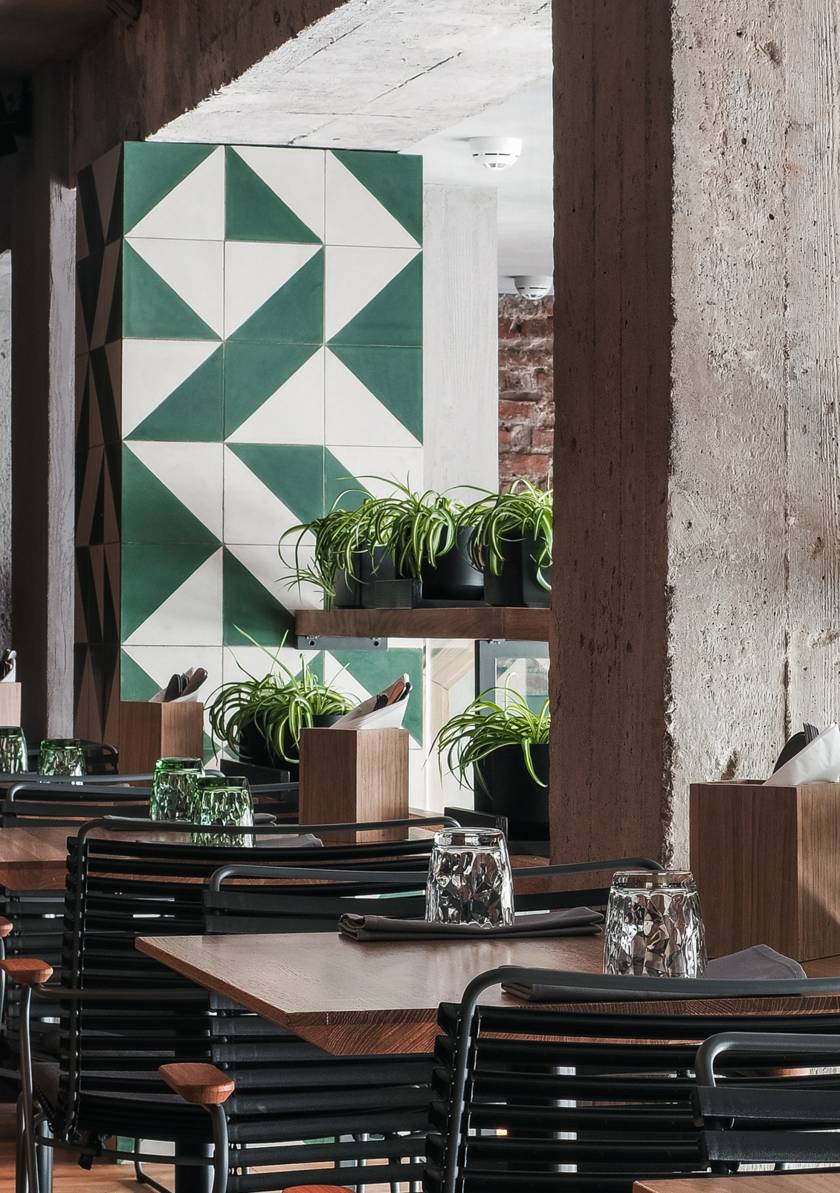 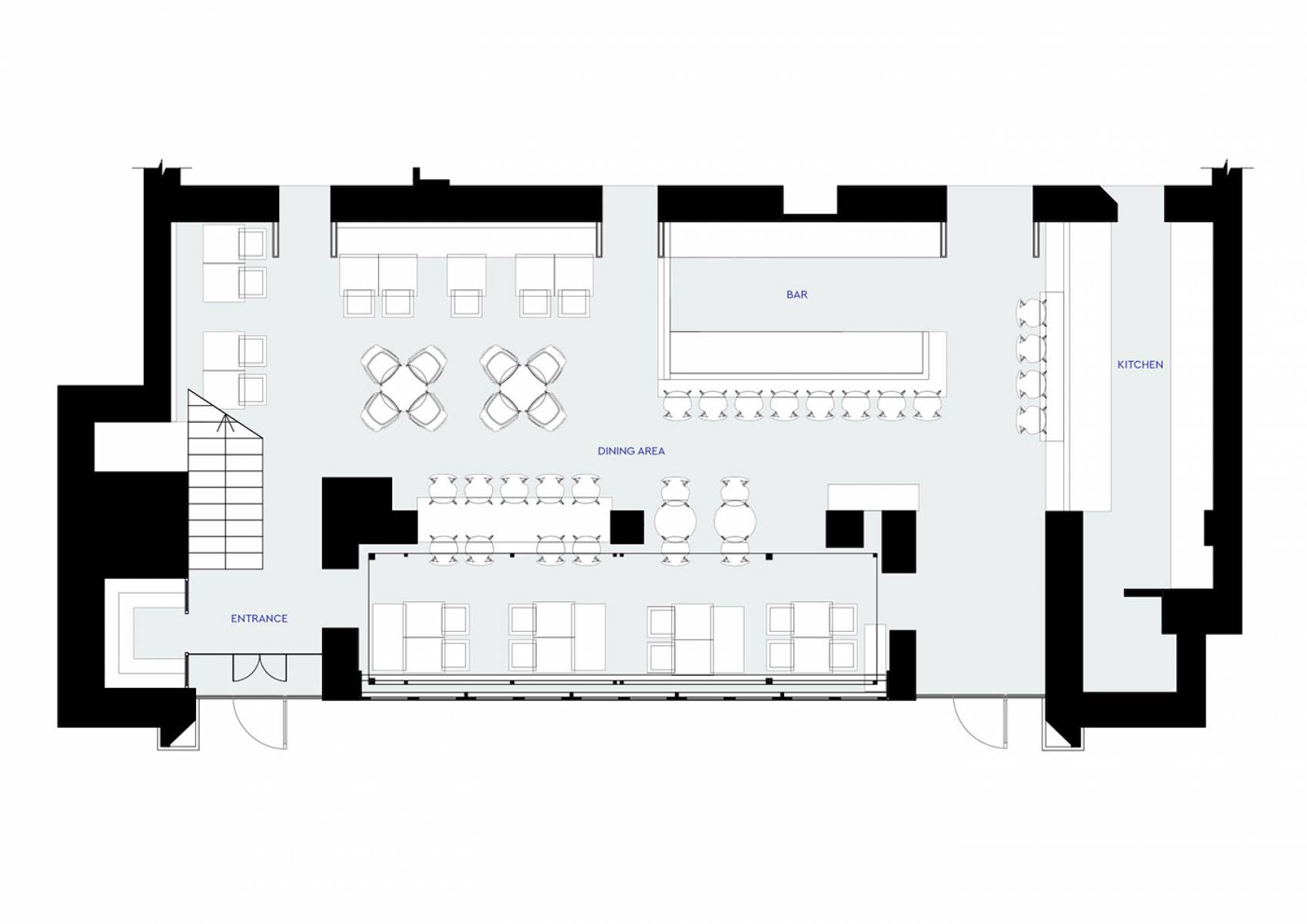 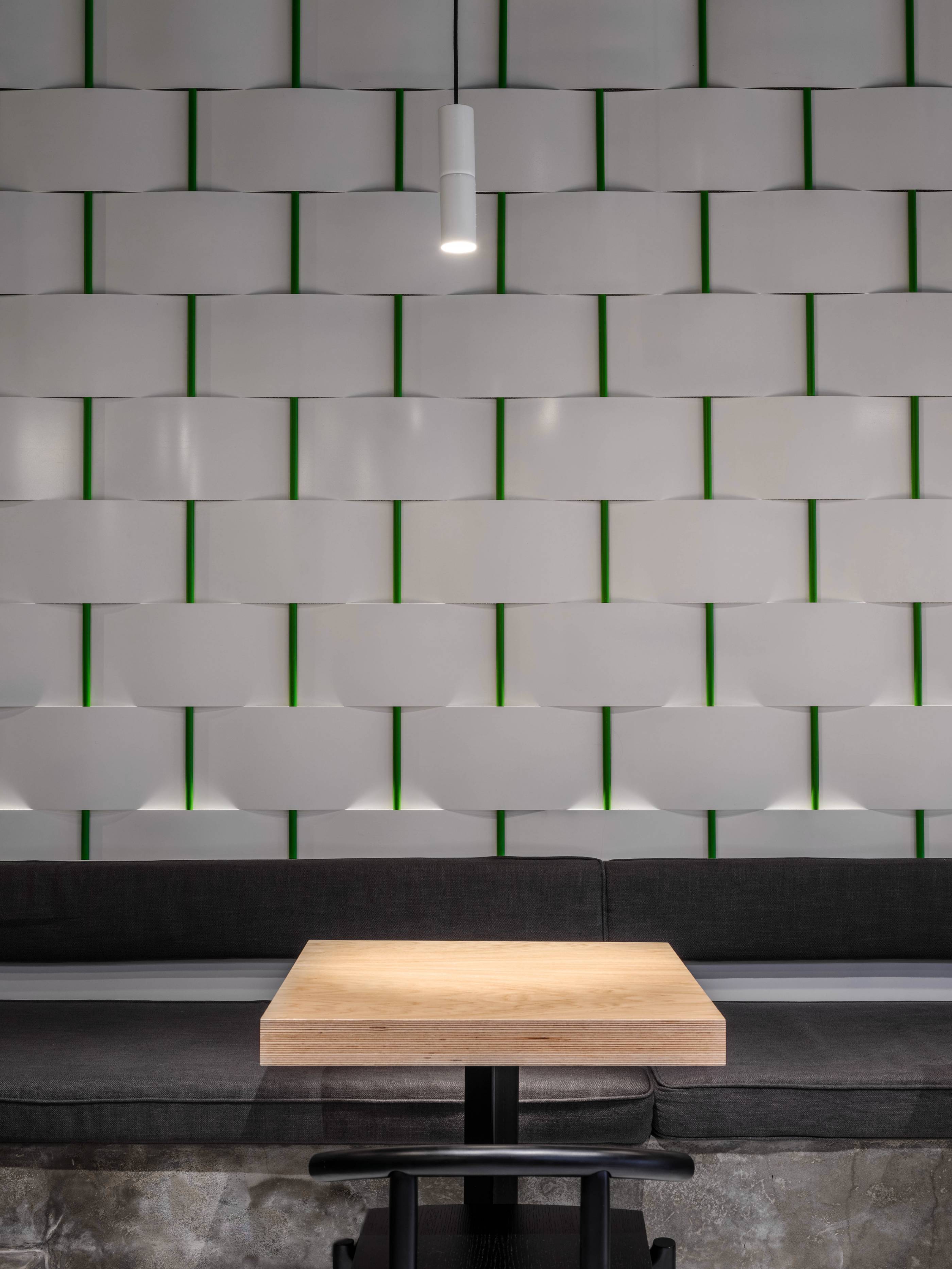