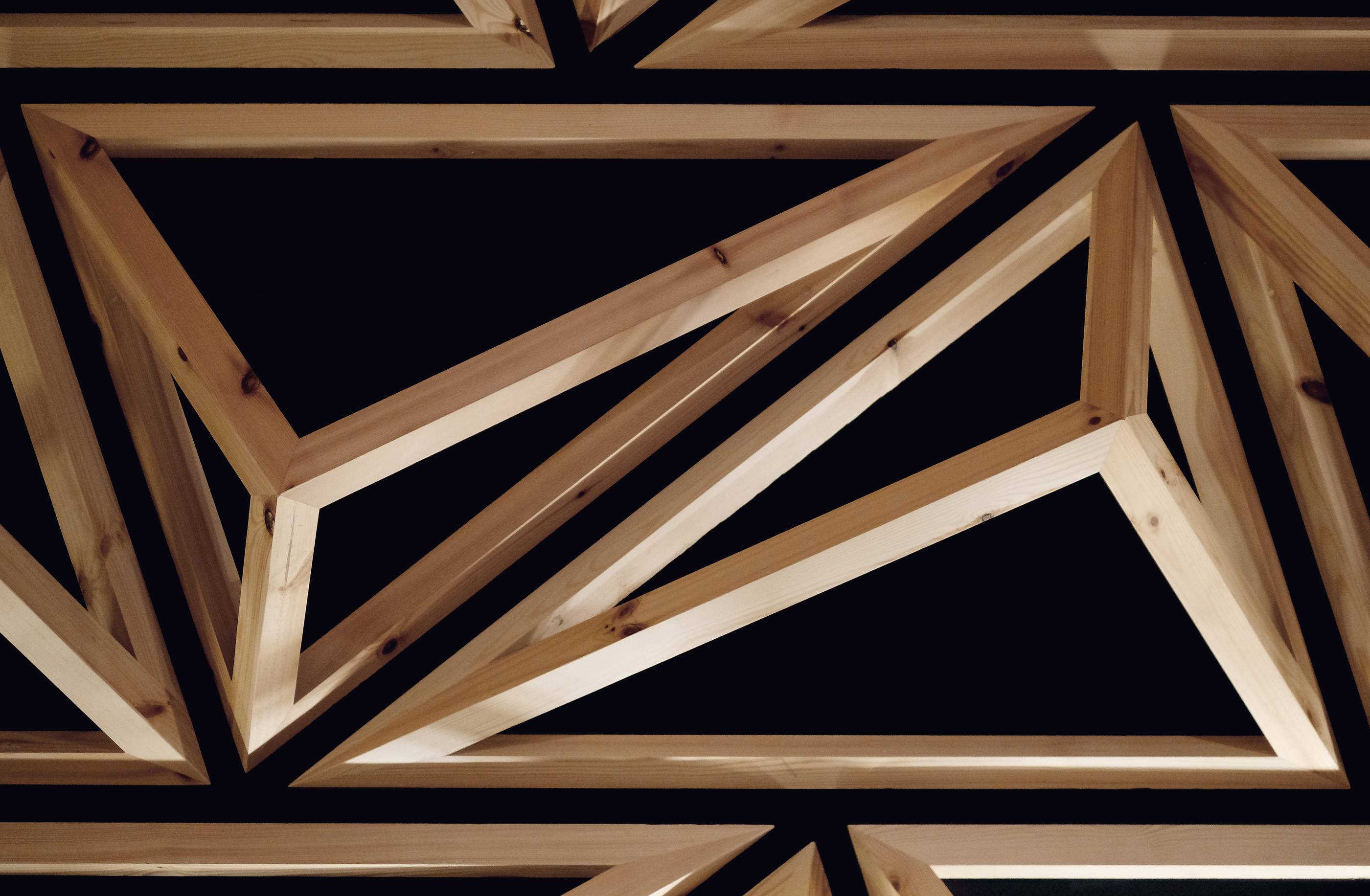 A small sushi bar, which is part of the KIDO network, is located in one of the dormitory districts of St. Petersburg. In this project it was very important to make an interior that would instantly attract the attention of passing by and driving by public to a new place.

As a basis there was a rather small and simple space. We wanted to save this simplicity and make the main emphasis on a really unusual, memorable structure. Thus, an impressive wooden construction was created, located opposite the panoramic windows, consisting of more than 400 volumetric triangles. Moving from the wall to the ceiling resembling a wave, it envelops the entire main hall of the restaurant and creates a "shell" of the space.

Visually, we wanted to create something that provokes an instant association with the Asia theme, but without the use of direct references, which are so often seen in oriental restaurants. The structure of triangles just became such an element. It is also reminiscent of classical Asian wooden building constructions, Japanese geometric ornaments, and partly origami details.

The rest of the interior is muted in fact to a minimalistic background - the gray tones of the walls and floors allow the designs to play a major role, and the black accents of furniture add to table appointments elegance. The second hall is made different in mood: the wooden structures resemble a bamboo grove and the backlight gives it violet, in-house for the KIDO network color, adding to the intimacy of place. 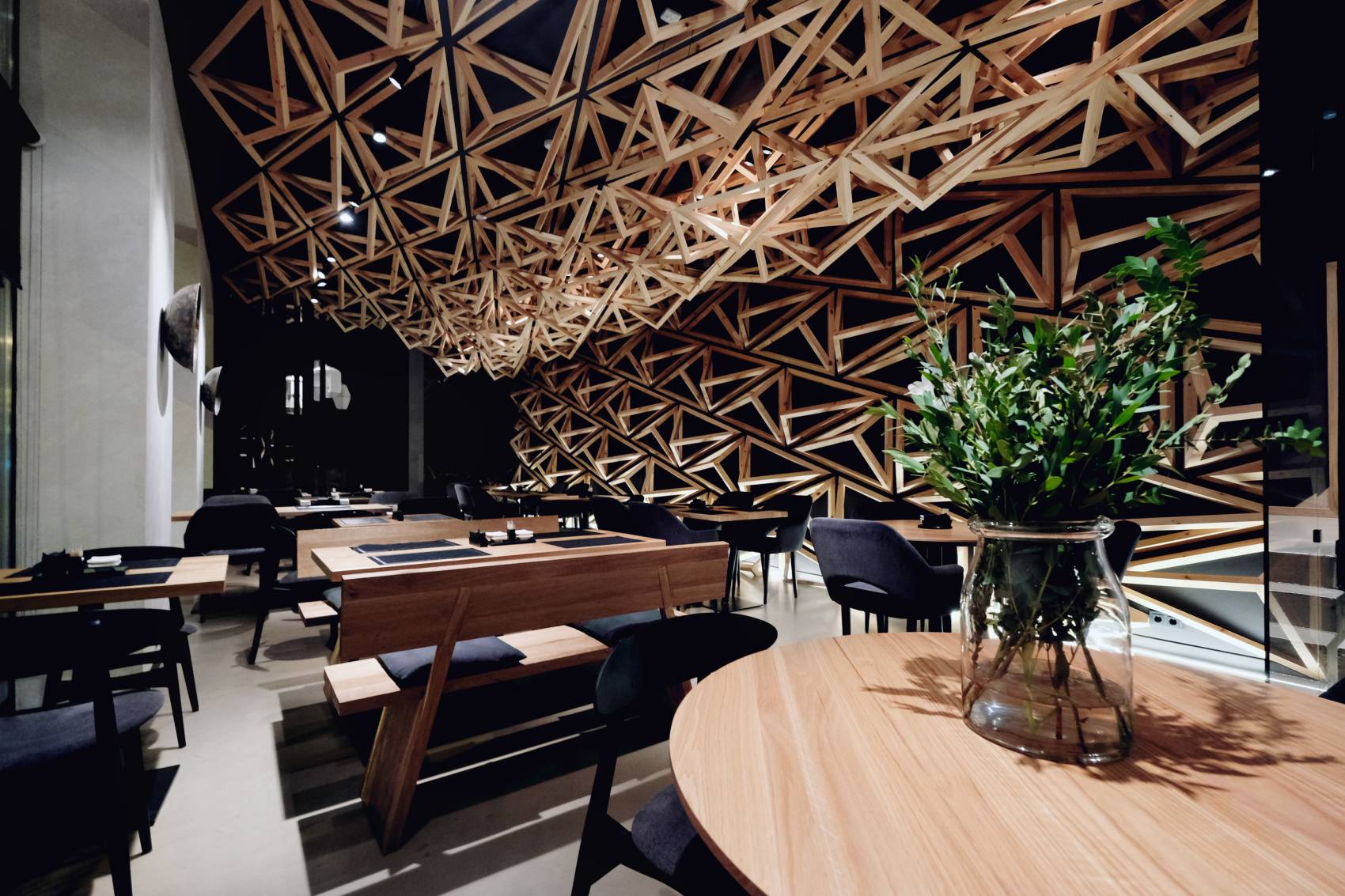 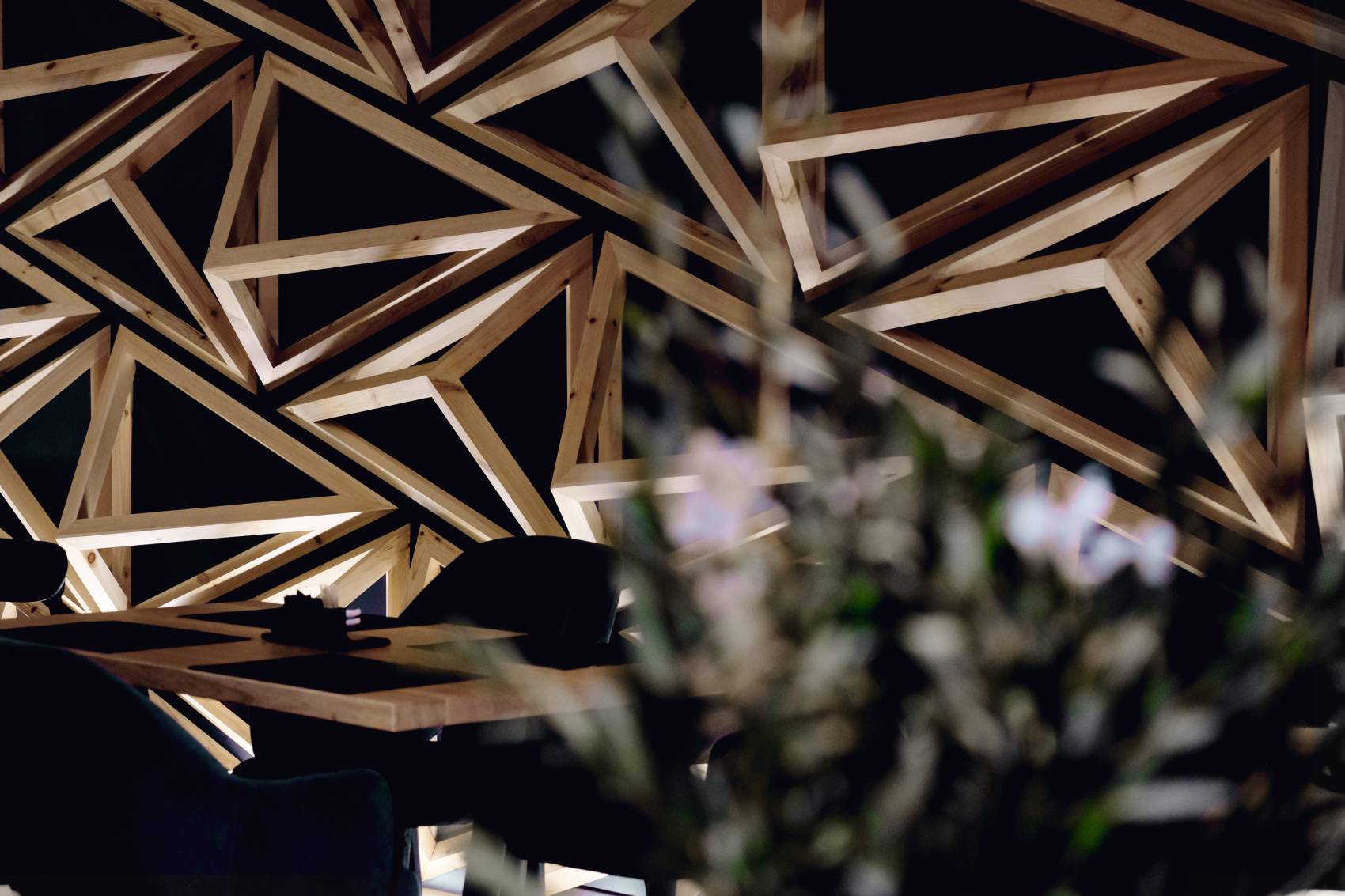 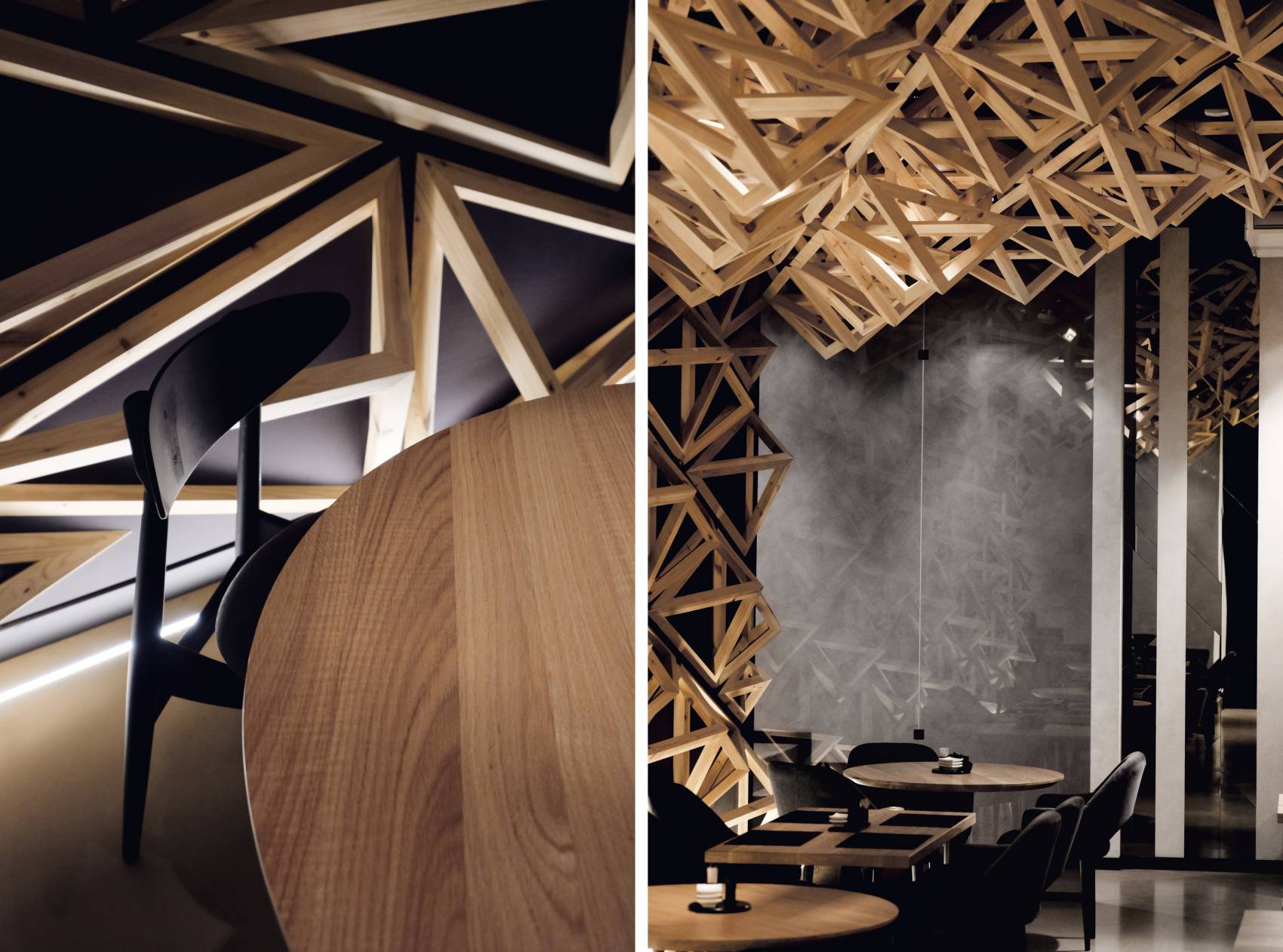 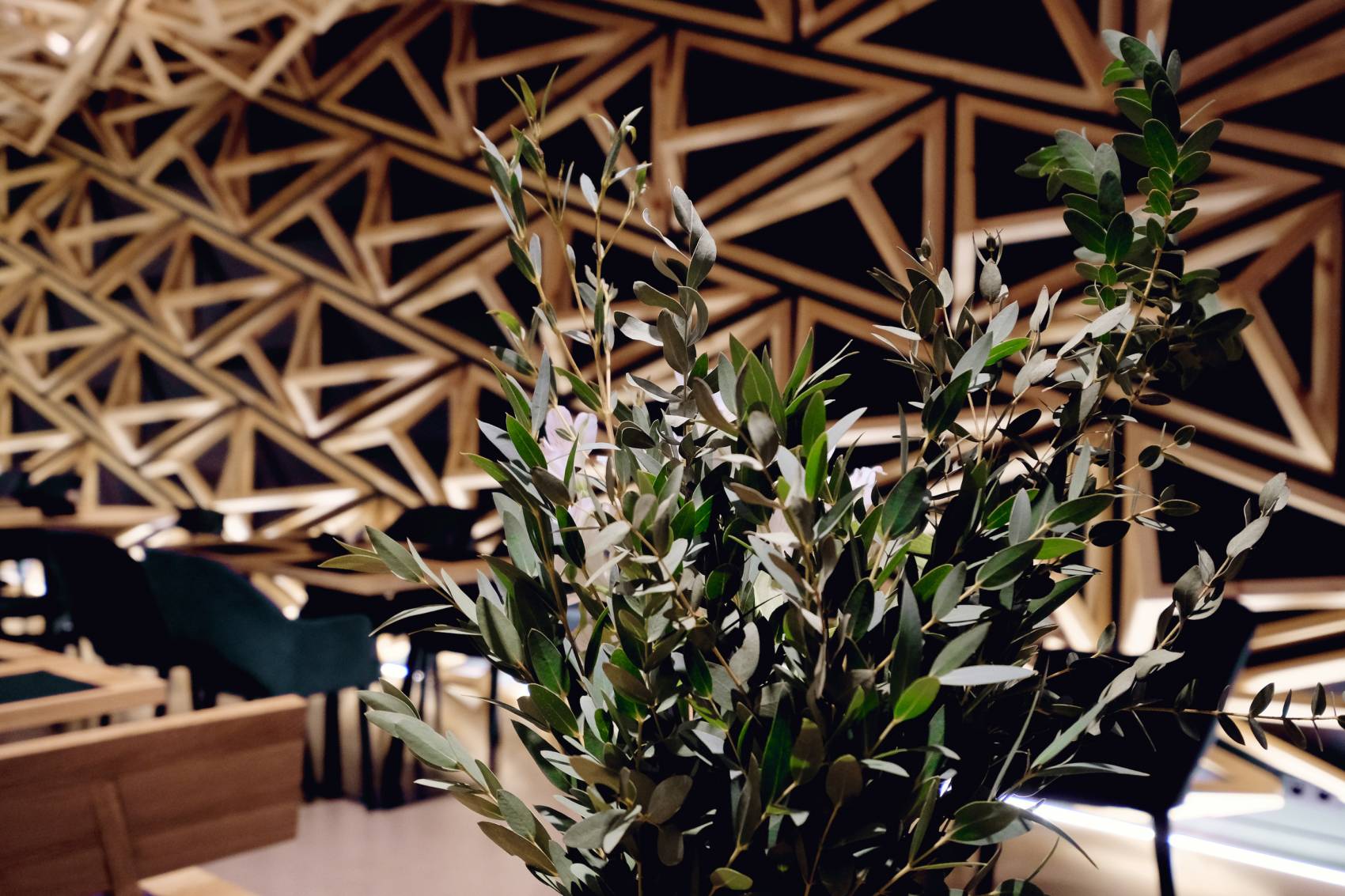 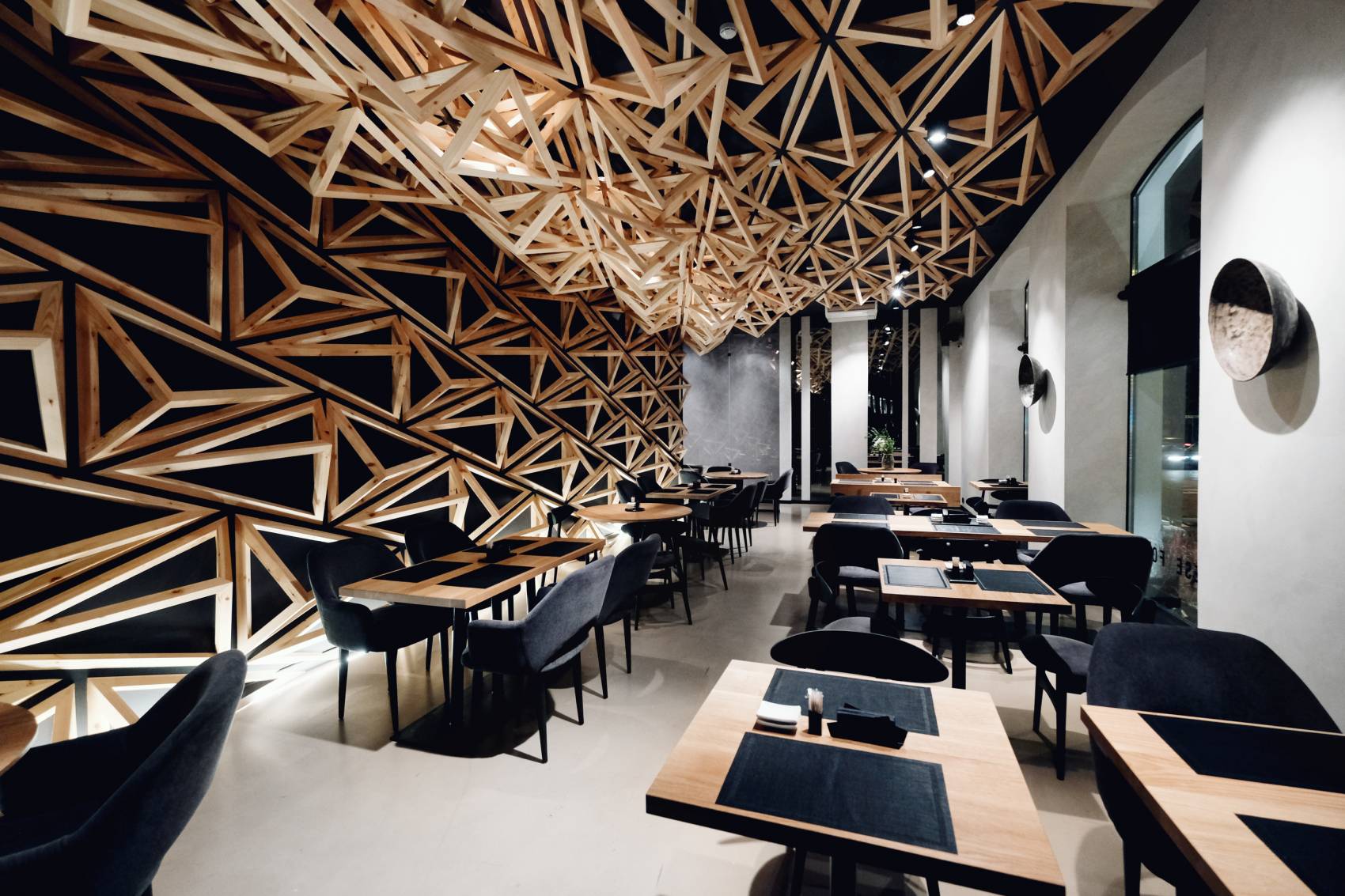 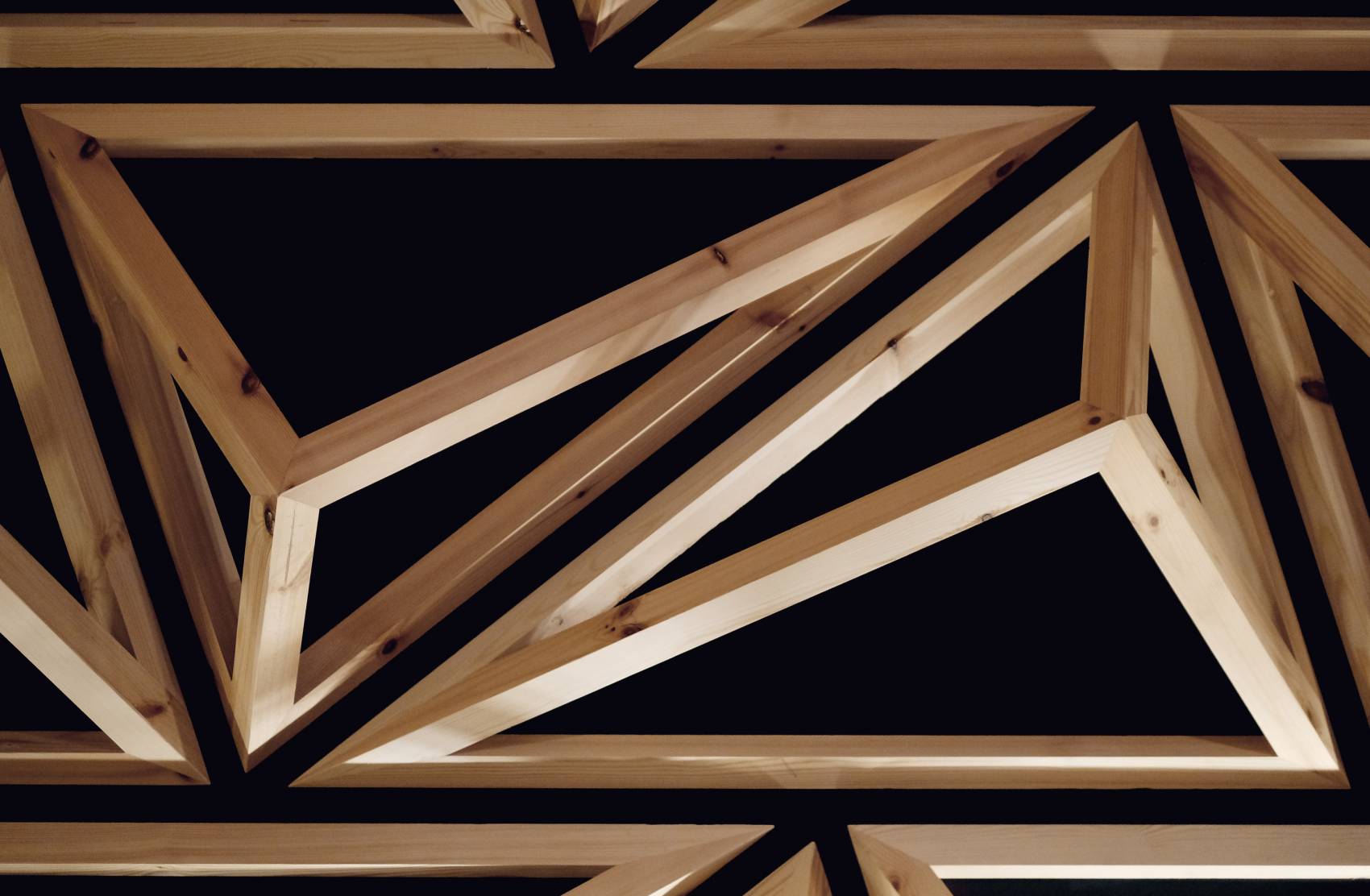 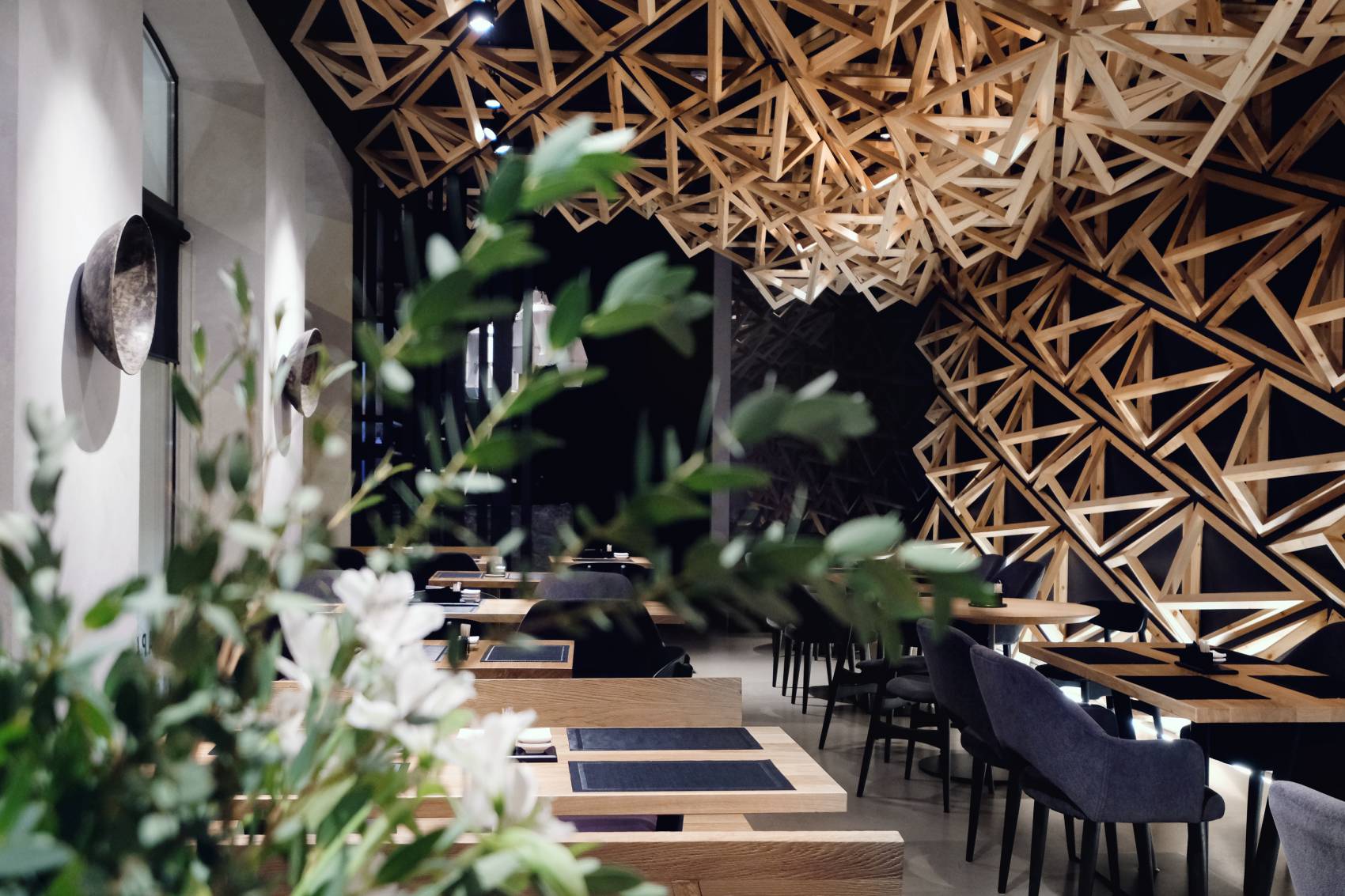 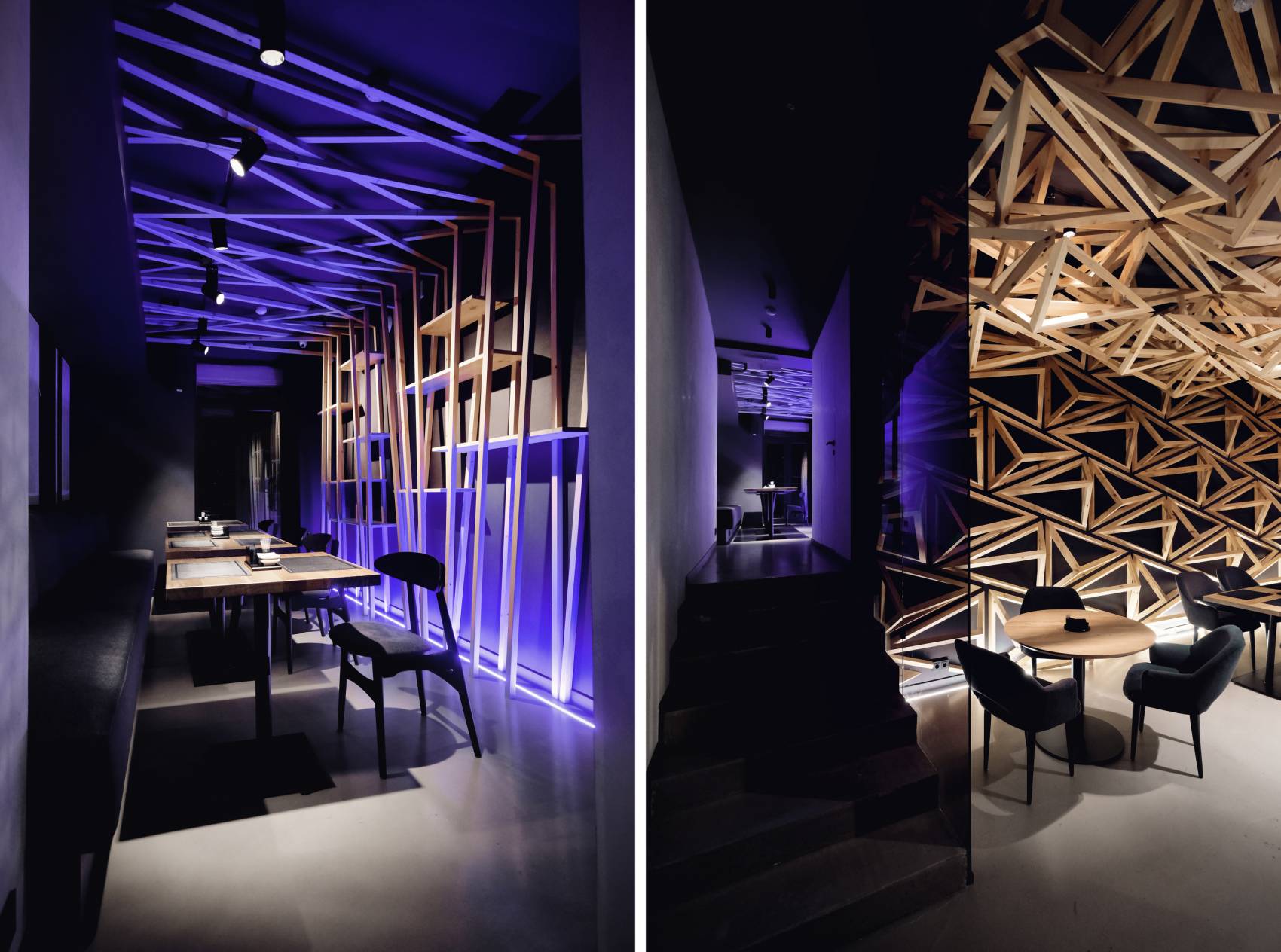 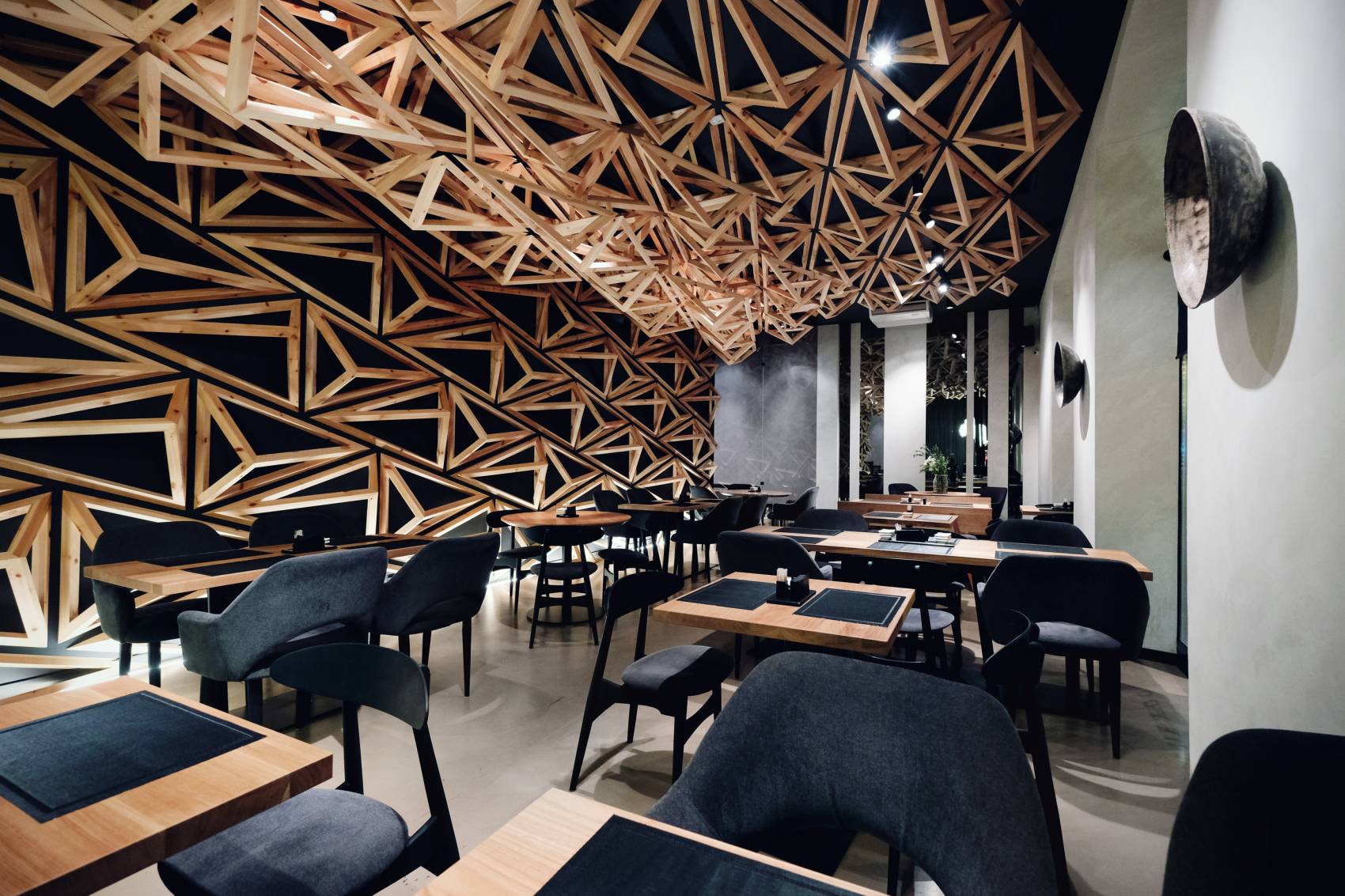 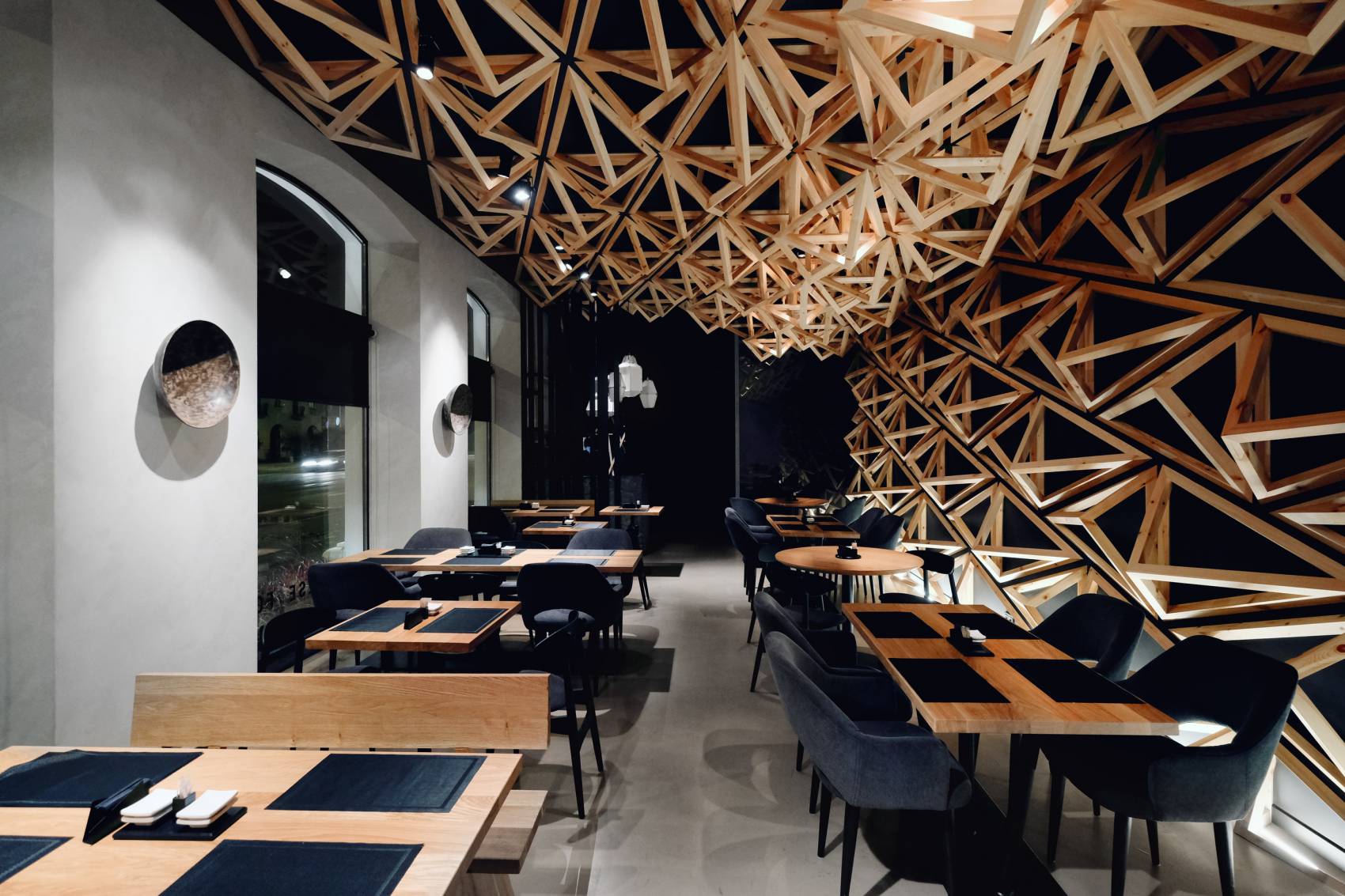 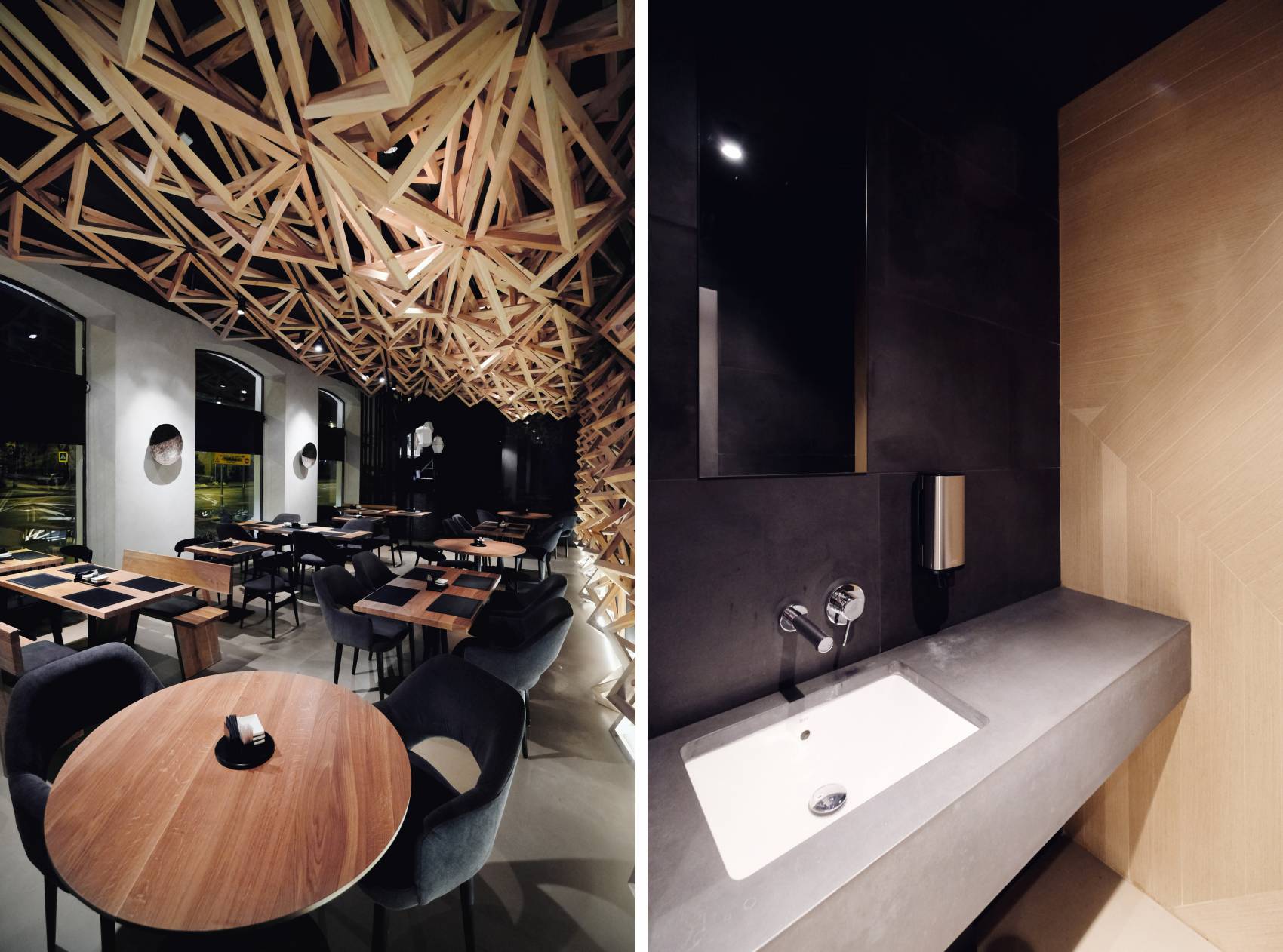 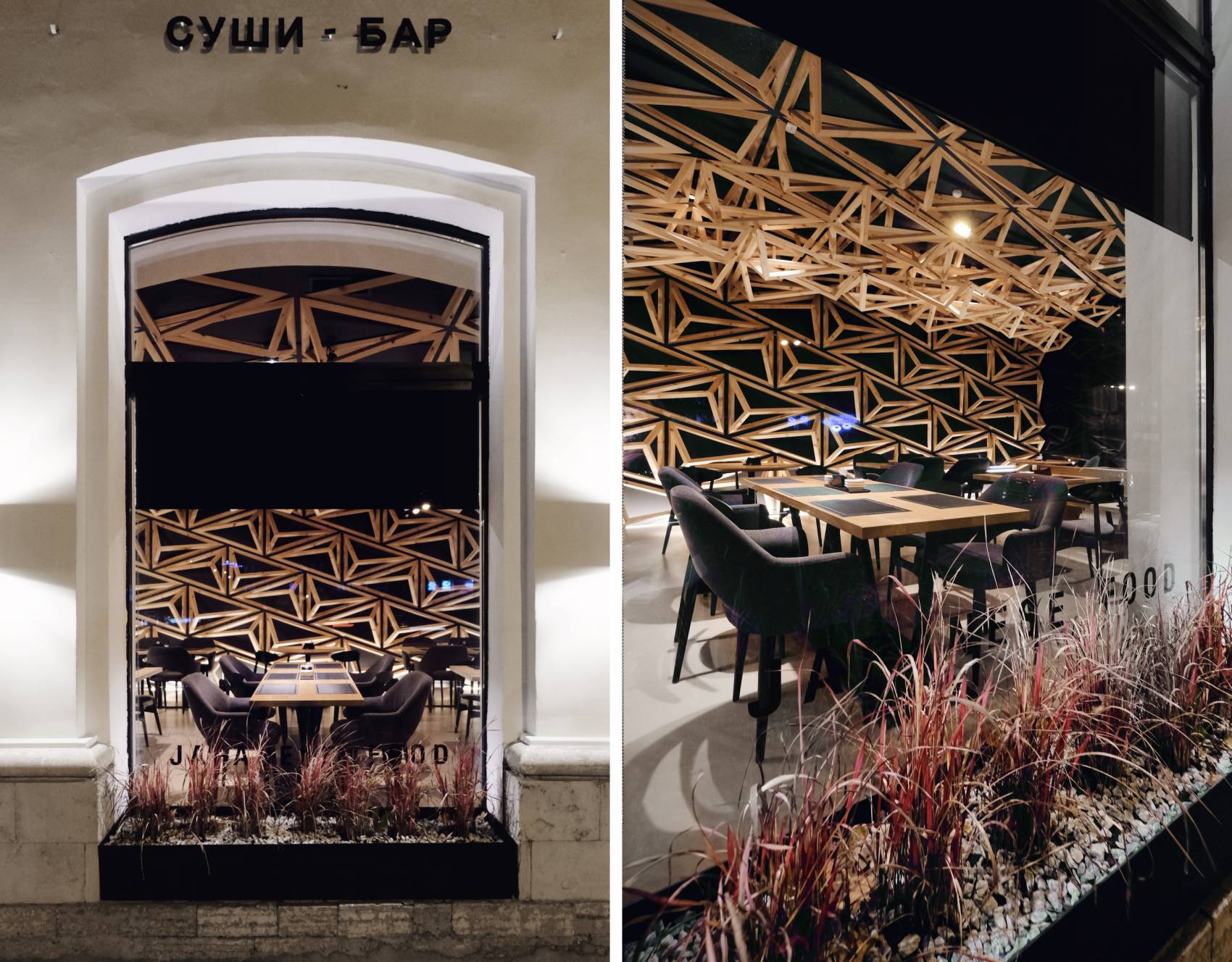 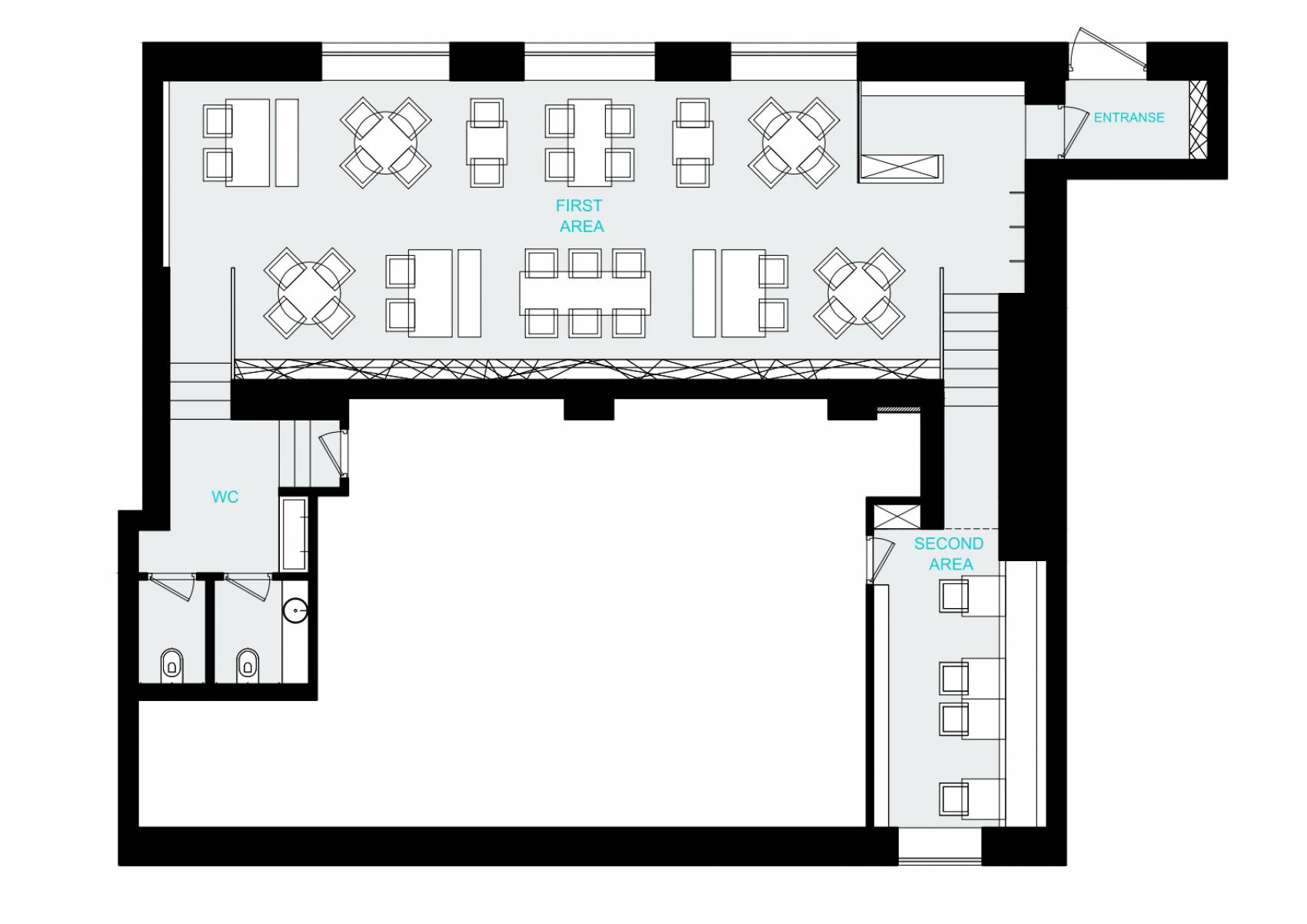 go to category
CROSTA pizza & pasta
restaurants & bars st.petersburg
100 m2
back to all 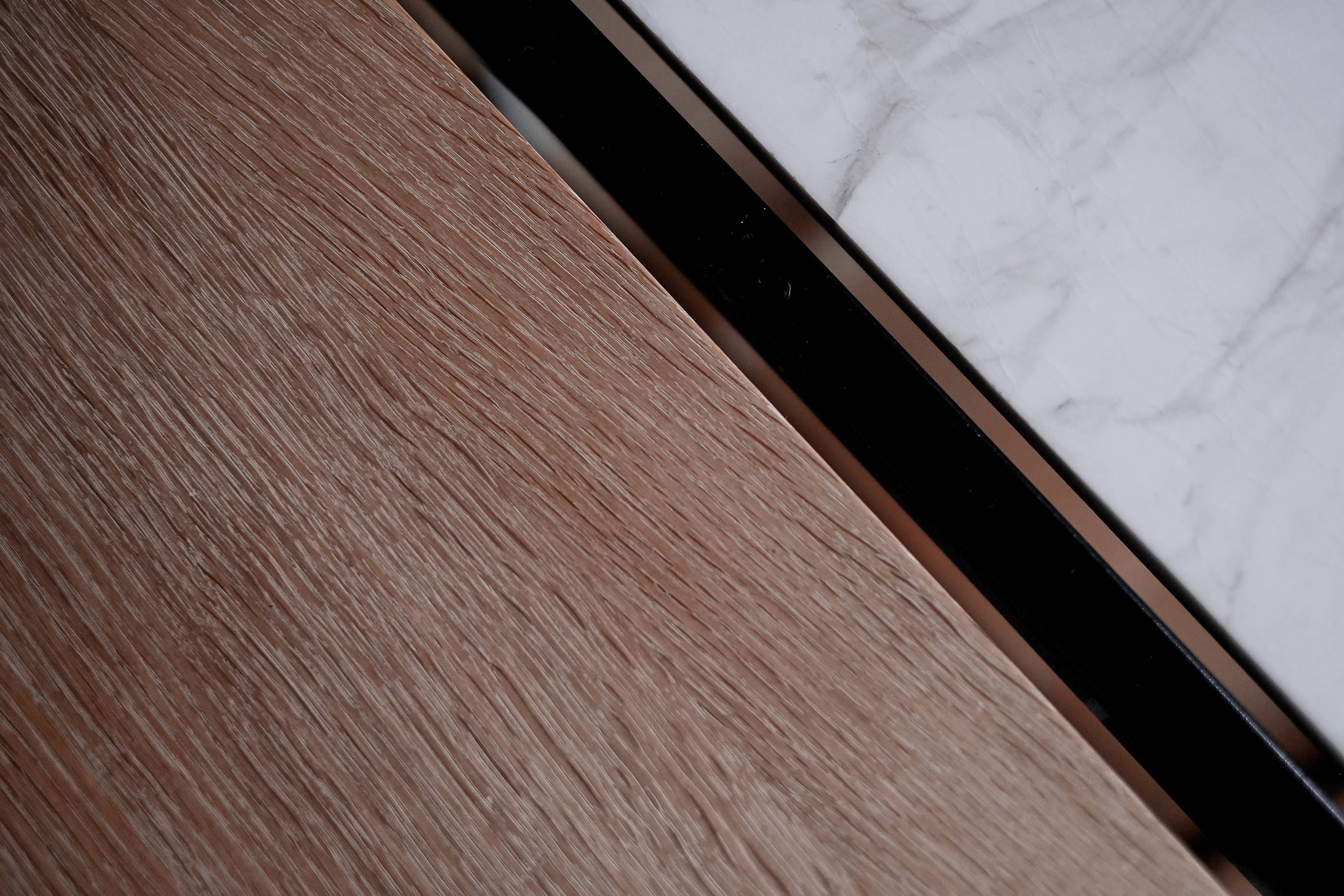