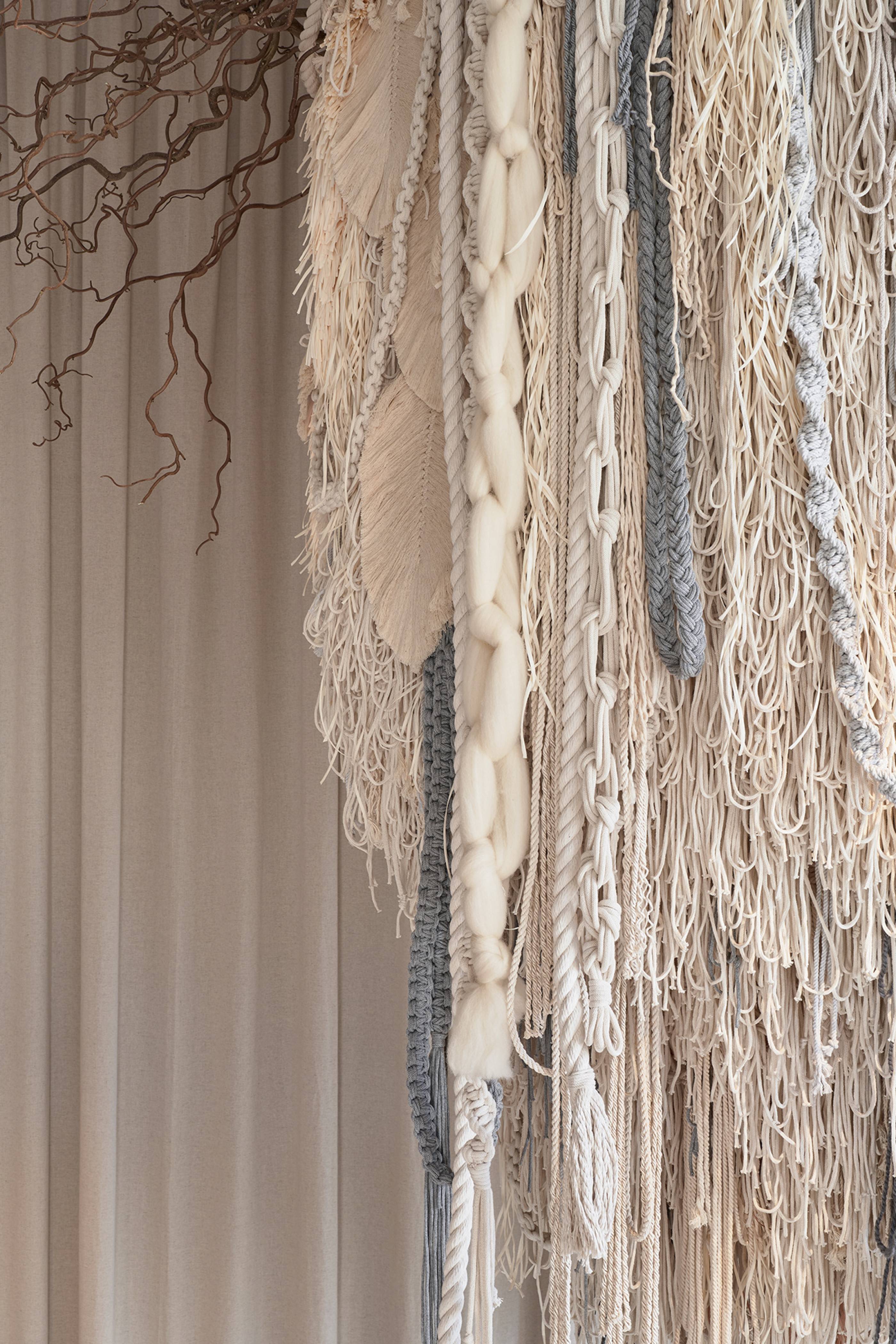 Before we started to work on the Grain restaurant project, we had flown to Yekaterinburg. None of the project team members had been there before, so we wanted to immerse ourselves into the context of the city, understand what it looks like from the inside and, of course, get to know its inhabitants. We were very inspired by this
trip, fell in love with Yekaterinburg and were imbued with the concept that the Borisikhin brothers planned to implement. We returned to St. Petersburg enthusiastic about making a unique design project, very atmospheric and authentic.

The starting point for the conception was the location - the territory of the former flour mill, where part of the historical building was preserved and restored. The concept of the restaurant, kitchen & bakery, extends this line and the most organic decision on our part was to preserve the continuation of this theme in the interior.

When working on the project, our inspiration was bread and everything that surrounds it: wooden boards on which it is cut, linen textiles in which bread is wrapped, and sieves for sifting flour.

We used simple and warm materials in the project, which look alive in the space and evoke warm associations with home and childhood.

When we arrived at the site for the first time, we immediately fell in love with the lighting of the space and its natural, simple beauty. We decided to leave the concrete shell in the same state as we got it from the developer - as clean and open as possible. In addition, we emphasised it with a massive concrete bar, which resembles the shape of a concrete elevator that was previously located in this area.

All the furniture in the space is wooden and functional: the tables
look like kitchen boards; erratic partitions dividing the space are like a sieve through which flour is sifted; the scraps of fabric on the ceiling and the curtains refer to the flour soaked linen in which the bread is wrapped.

The final touch was created by unusual flasks with bright blue syrup, reminiscent of the flasks used to soak the rum baba dessert.
Thus, we got a concrete shell filled with comfort, warmth, and pleasant sensations. Such a union refers us to the aesthetics of crude industrial elevators, where the very grain is stored, from which the bread begins. 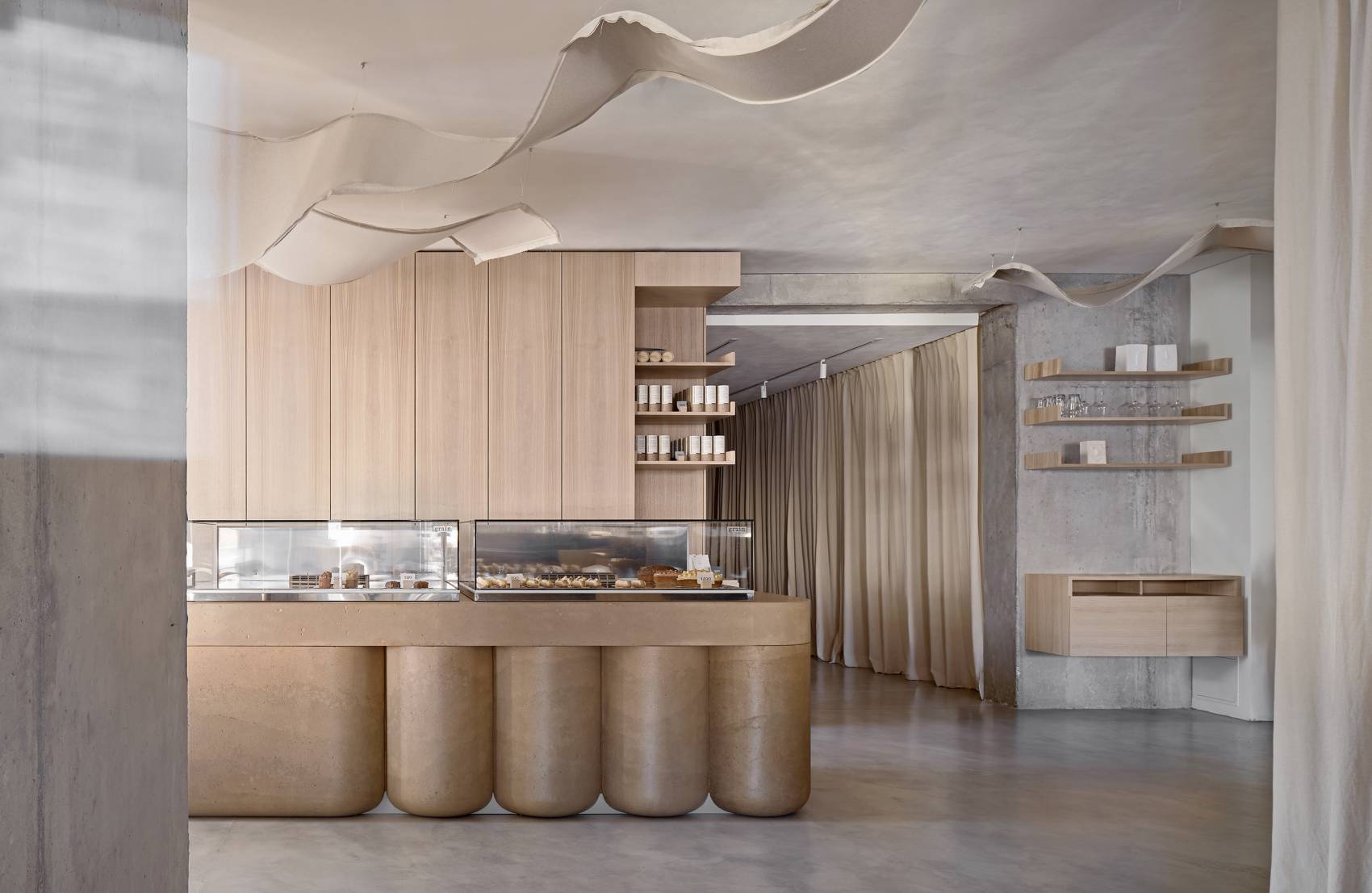 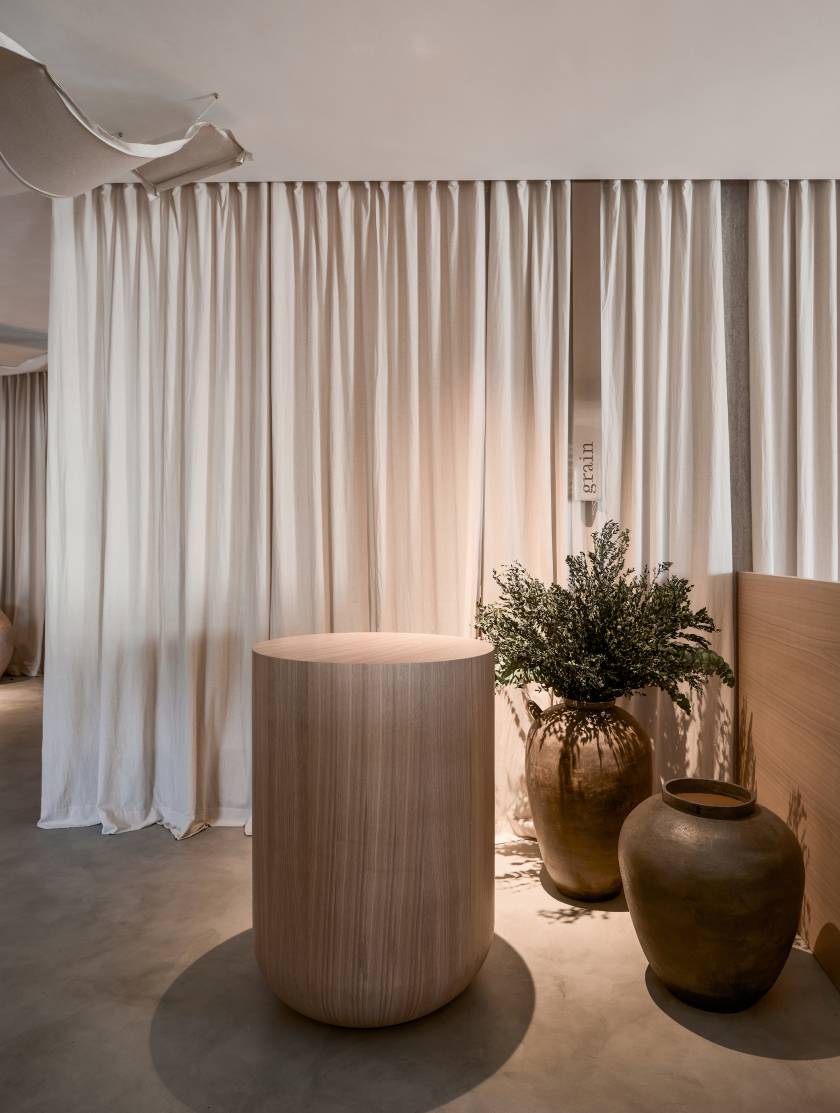 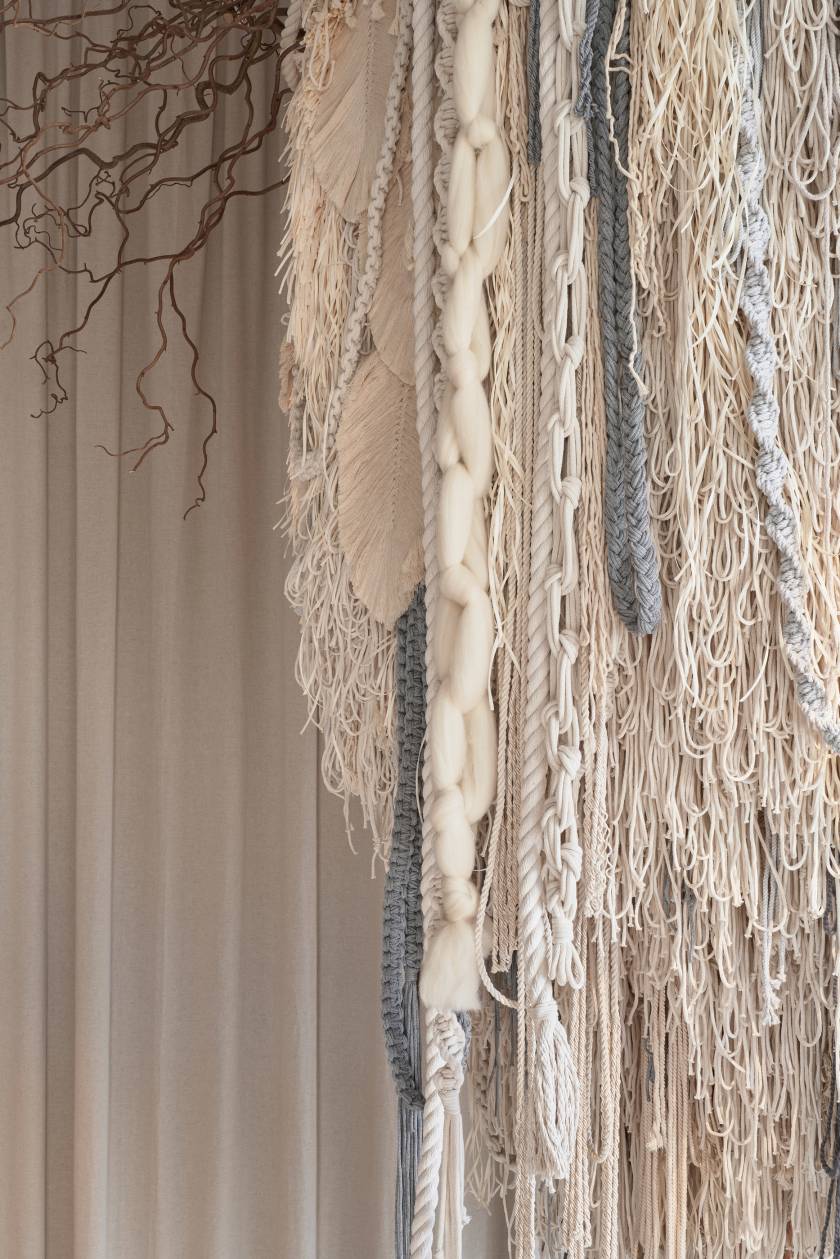 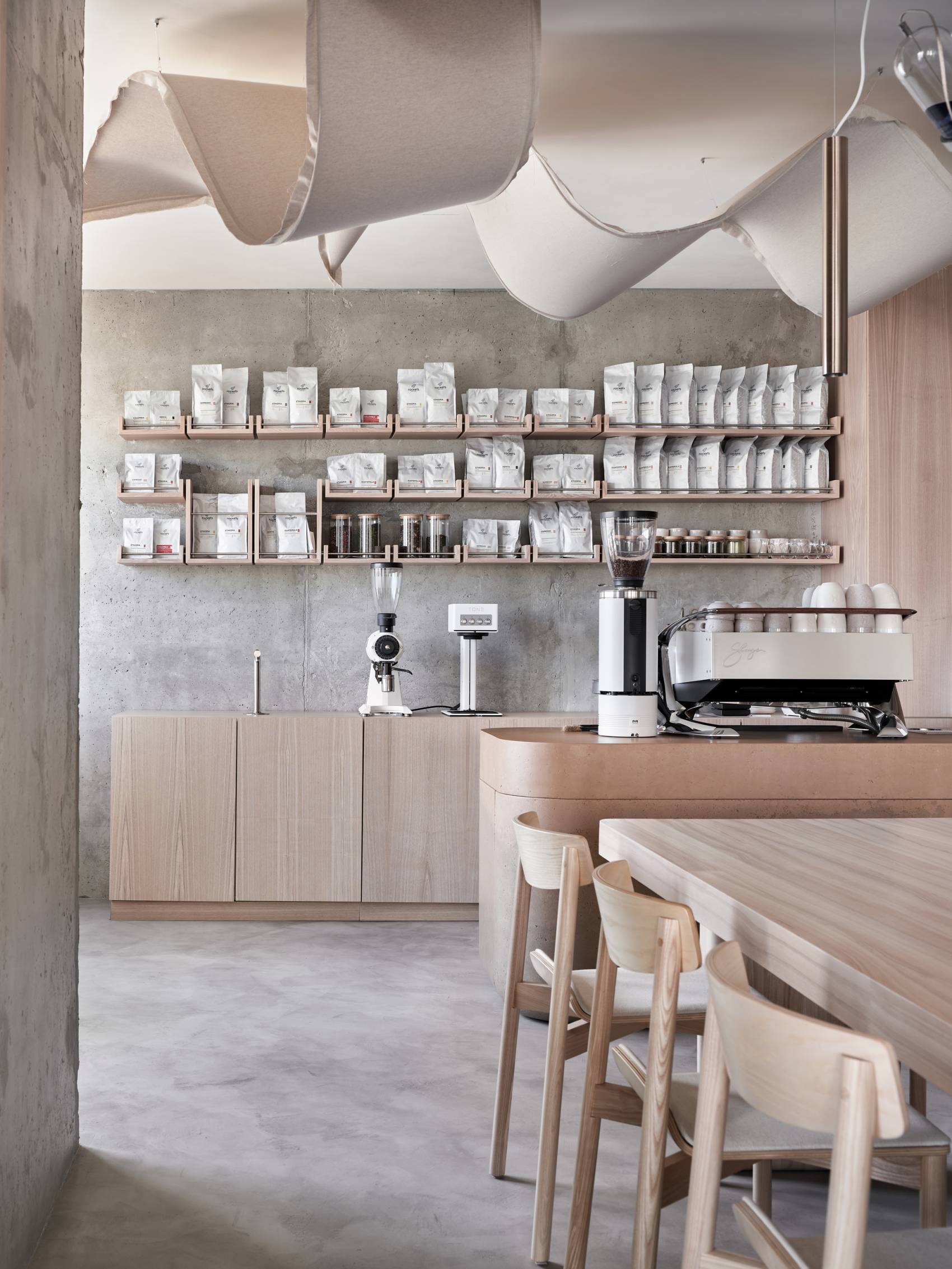 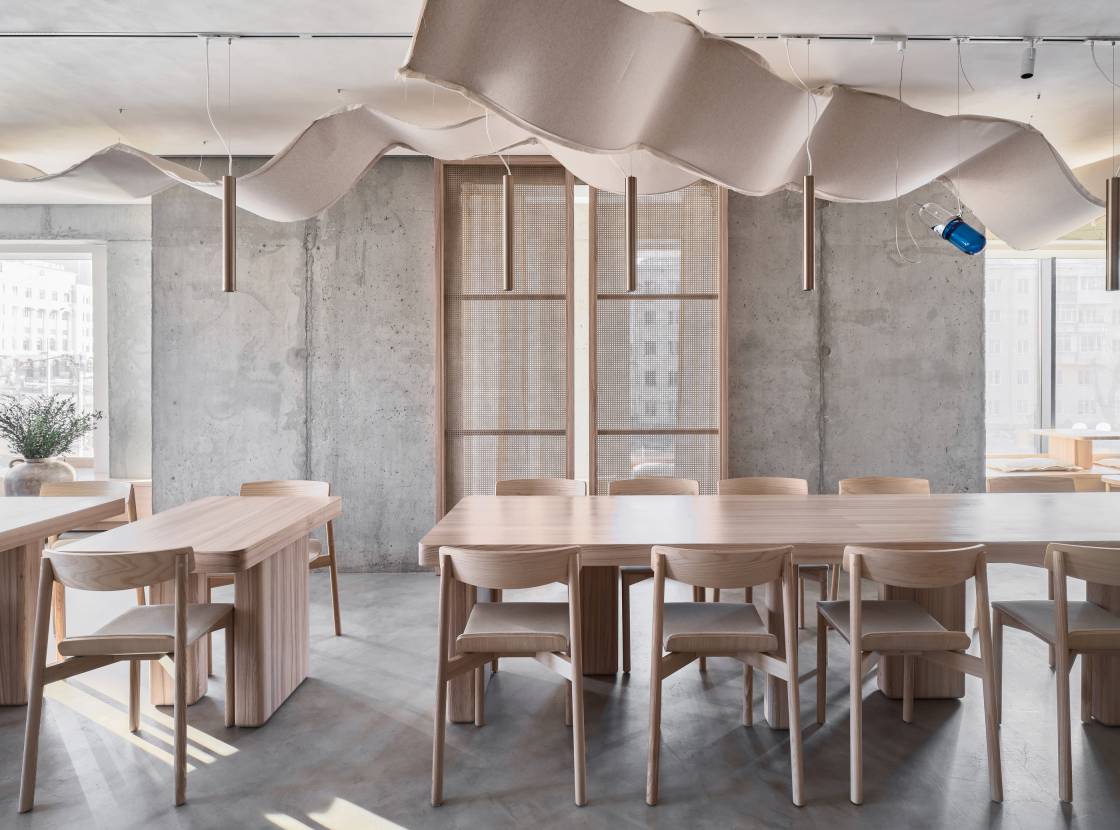 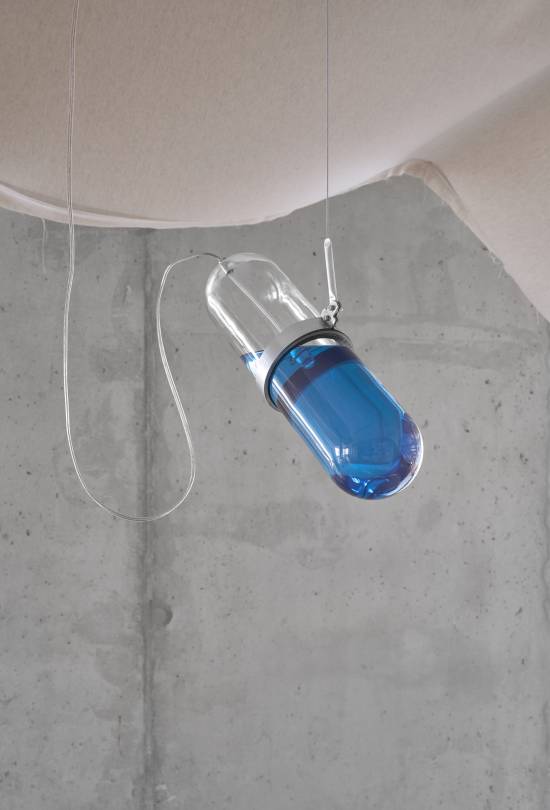 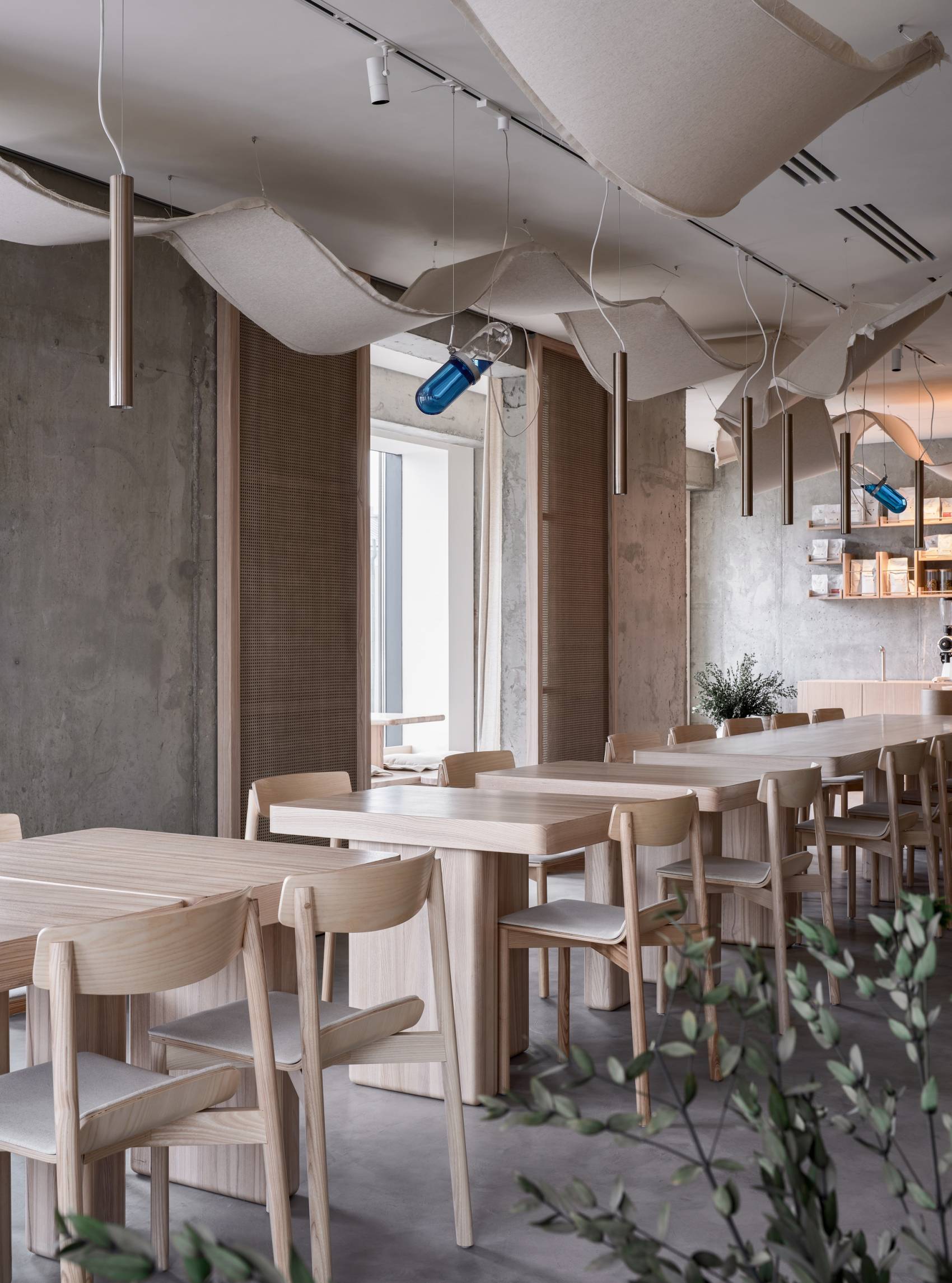 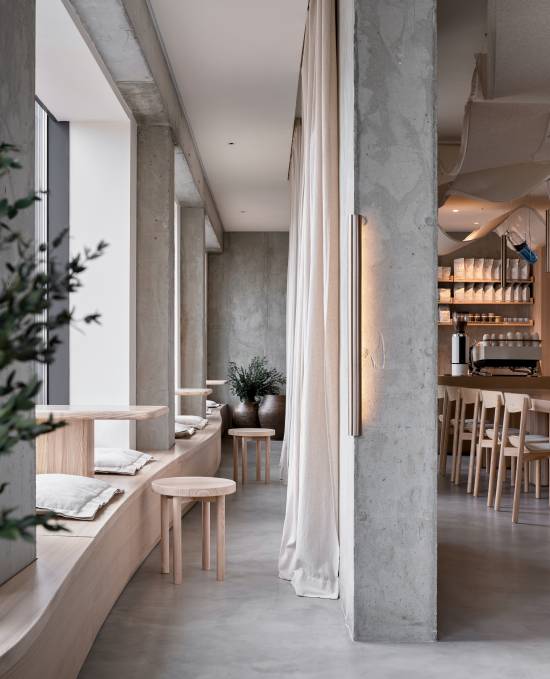 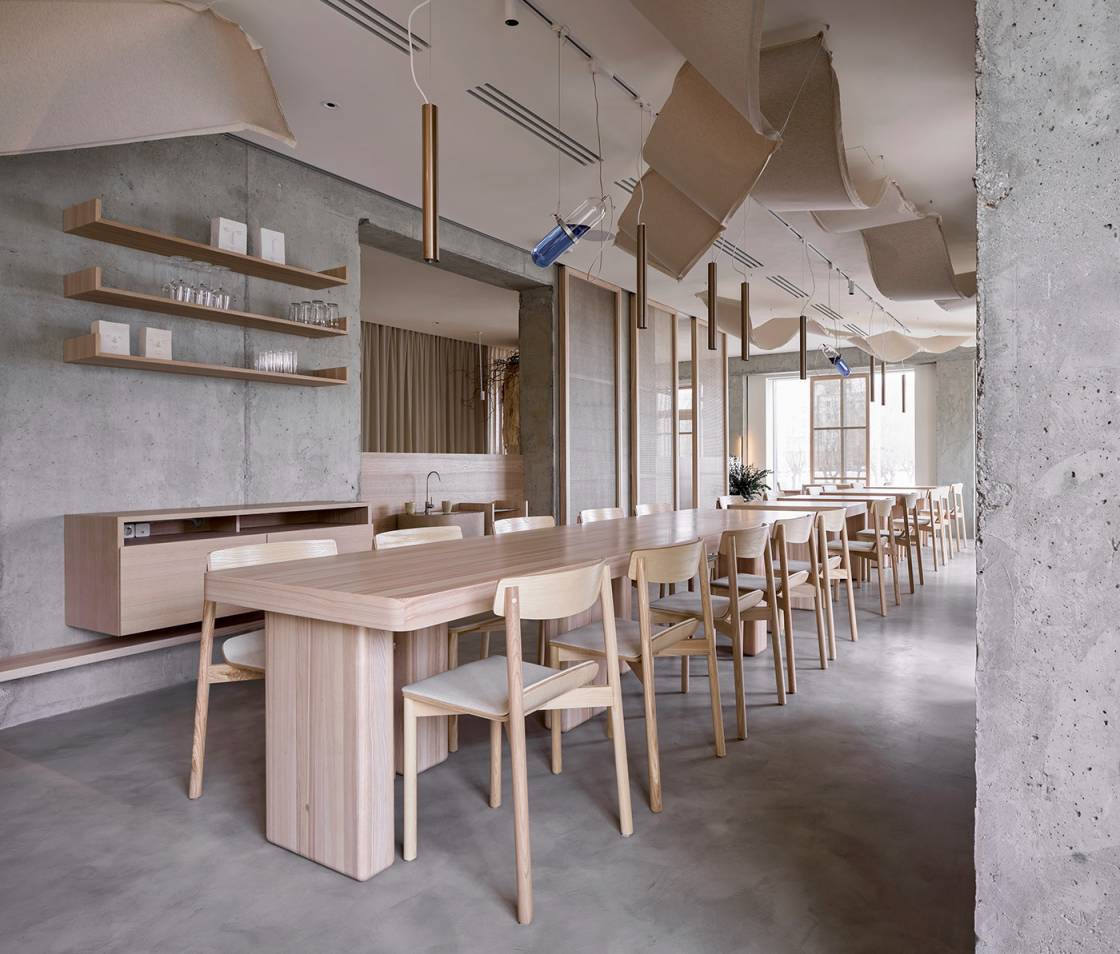 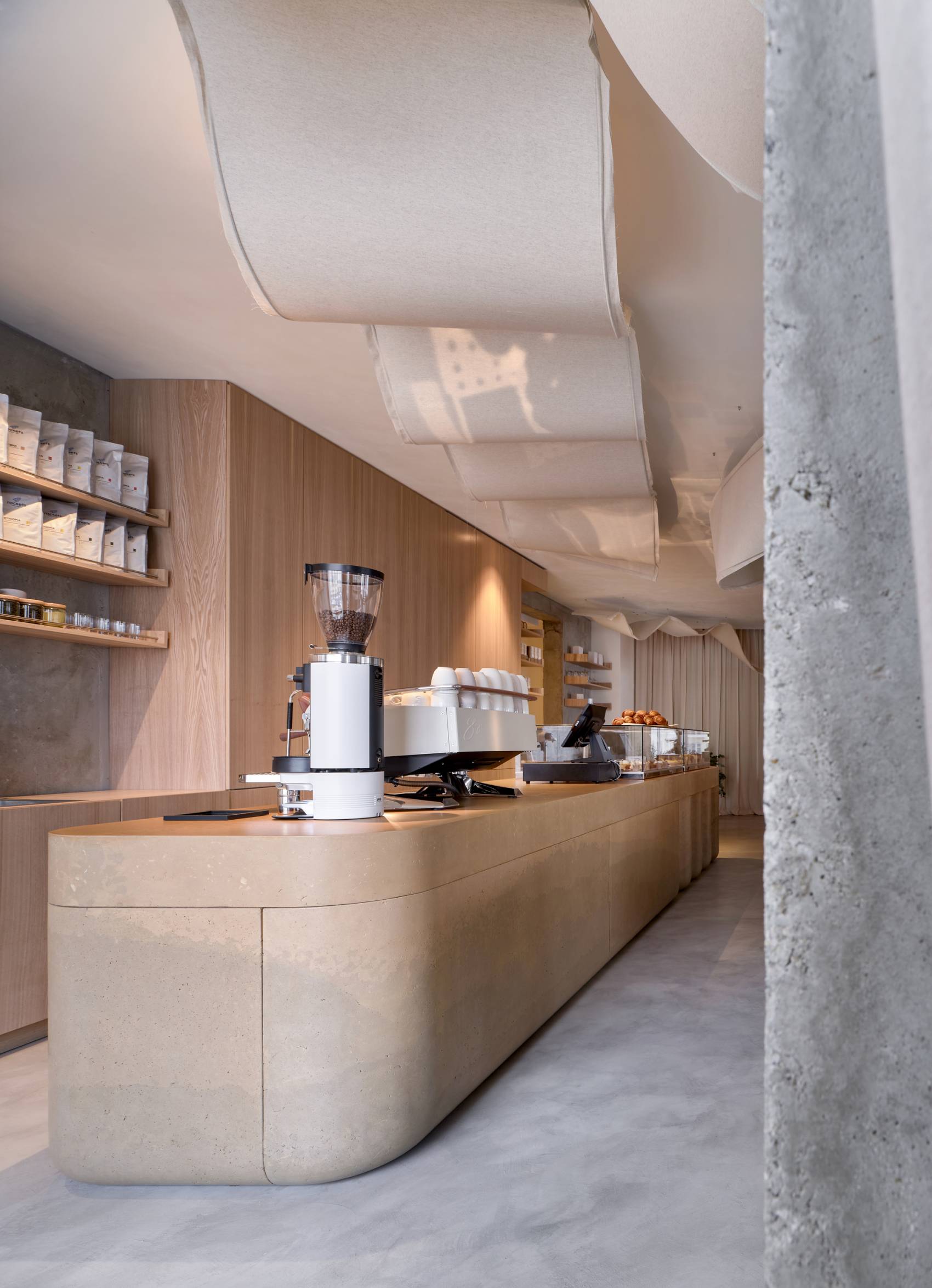 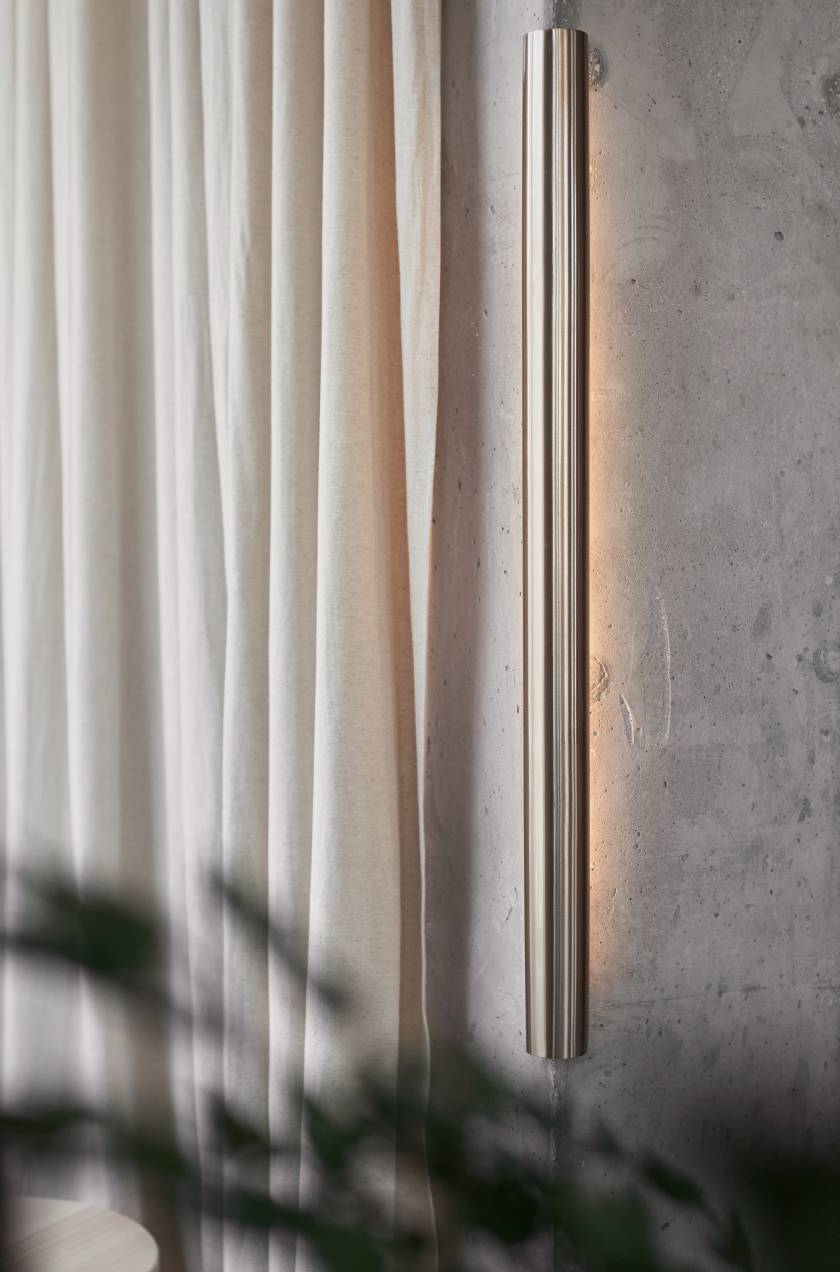 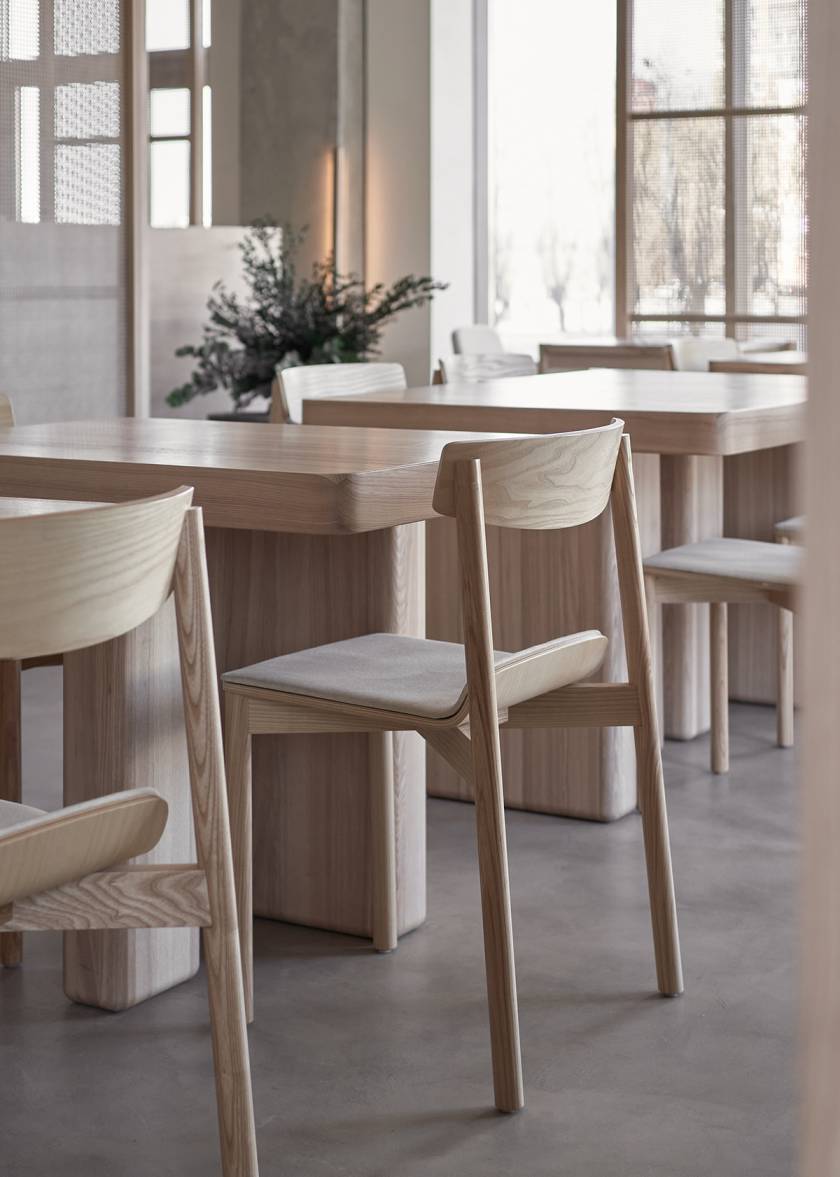 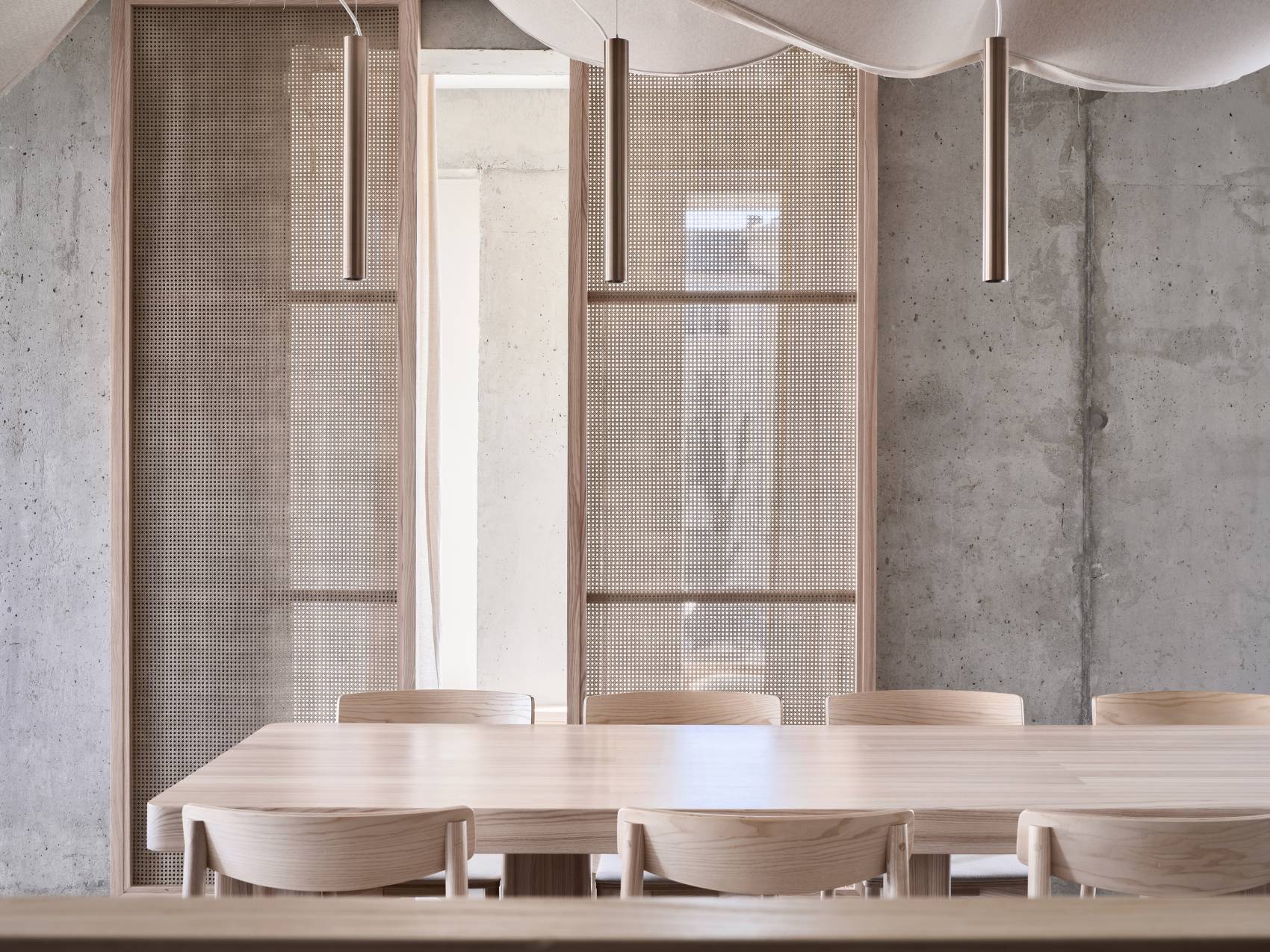 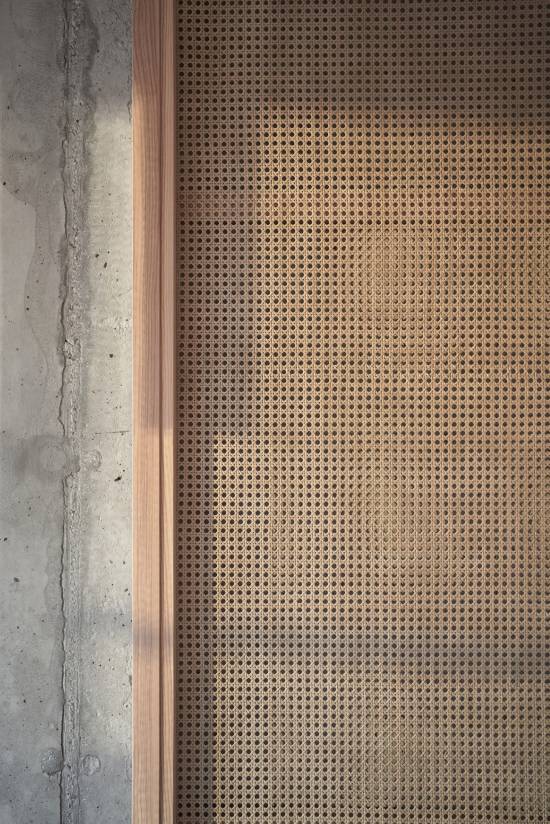 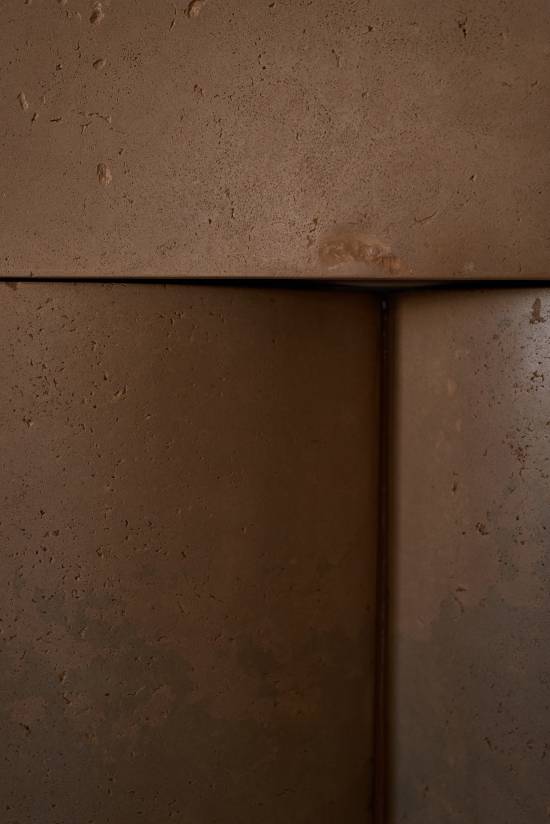 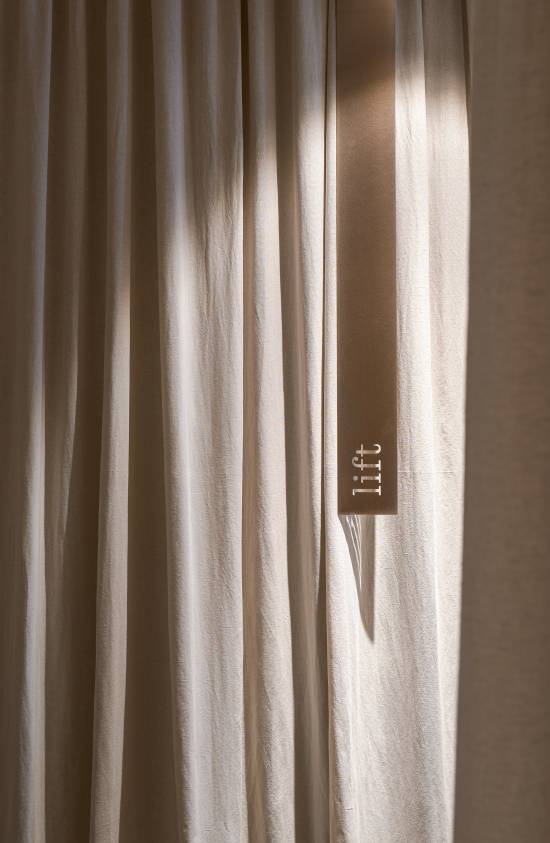 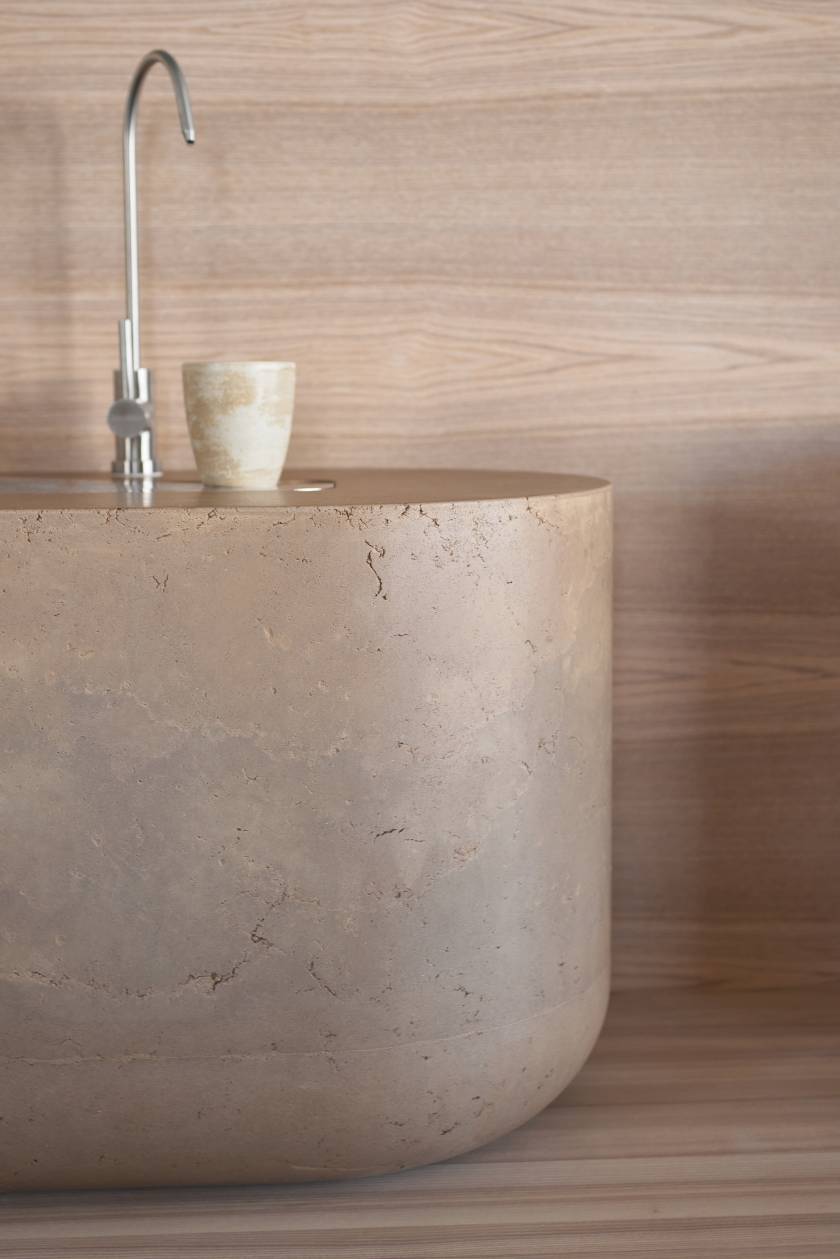 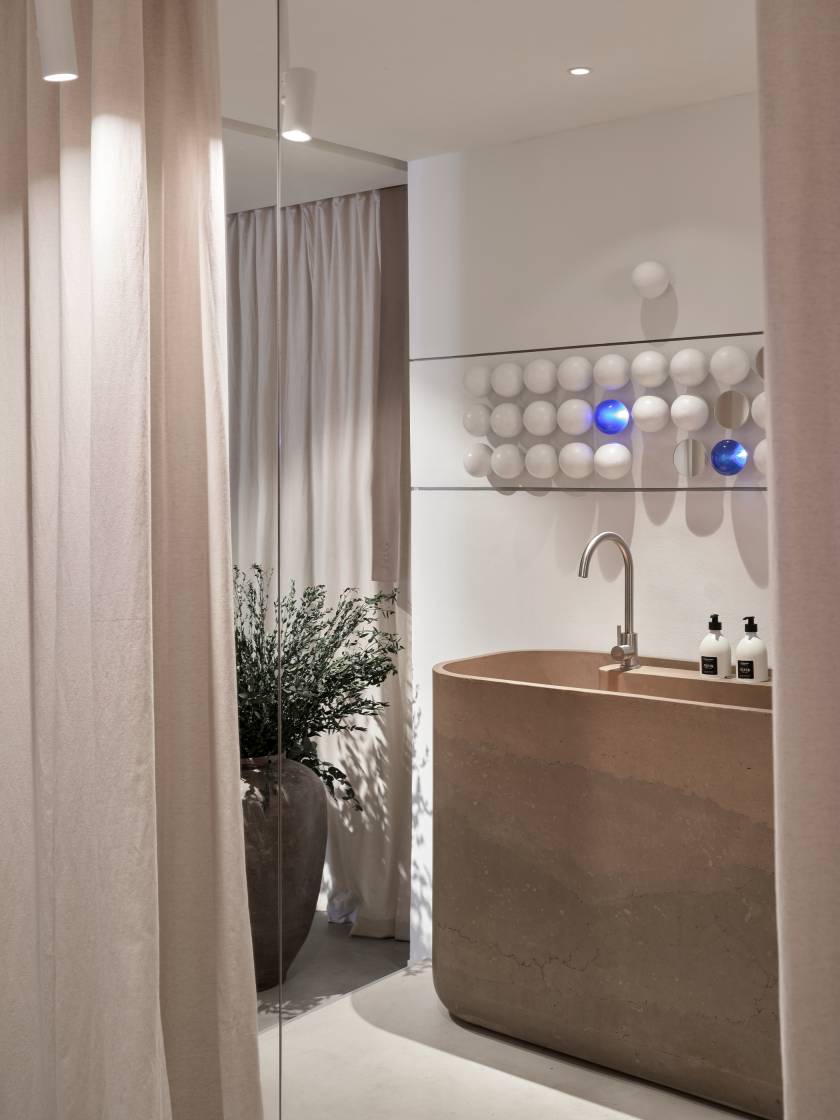 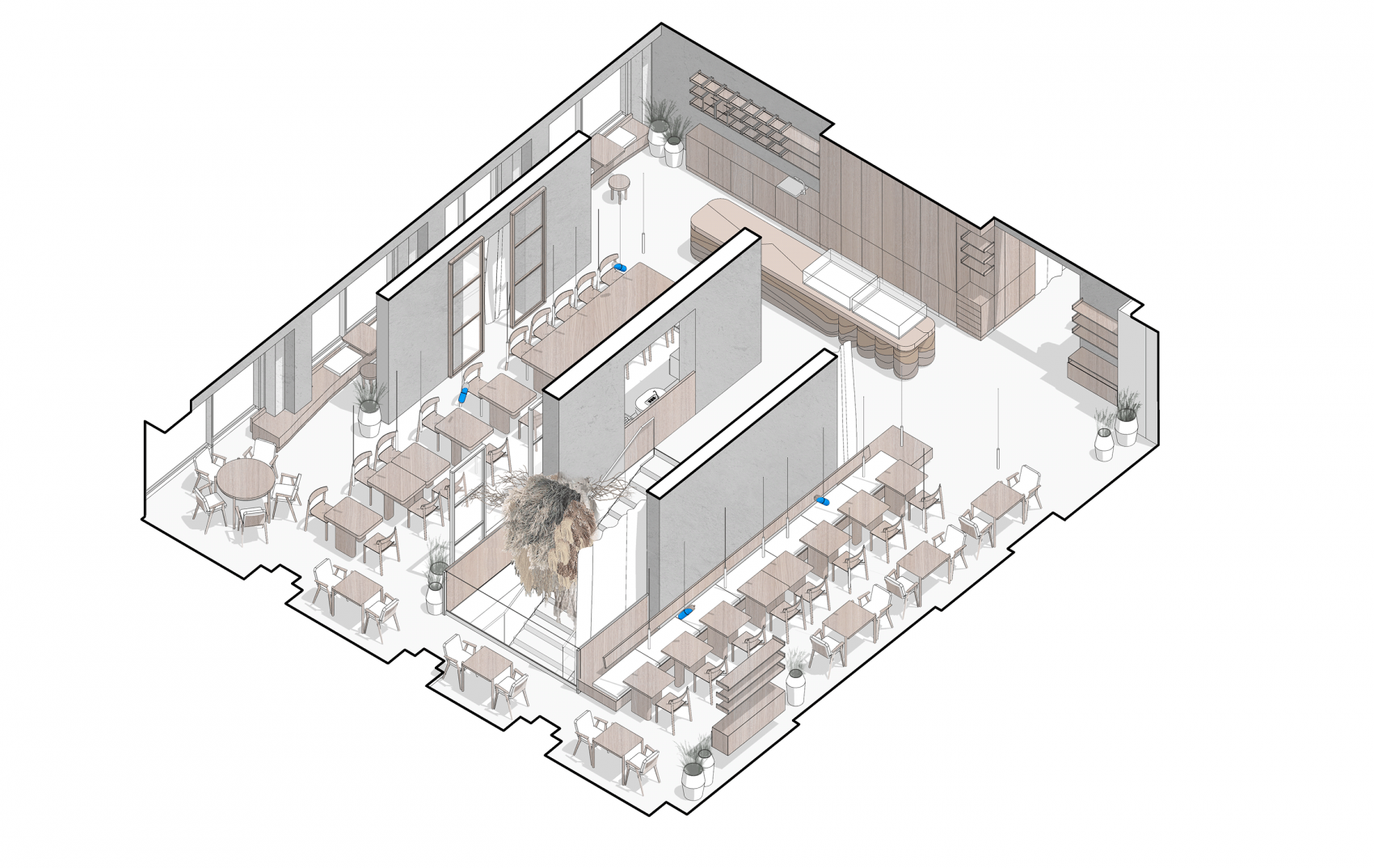 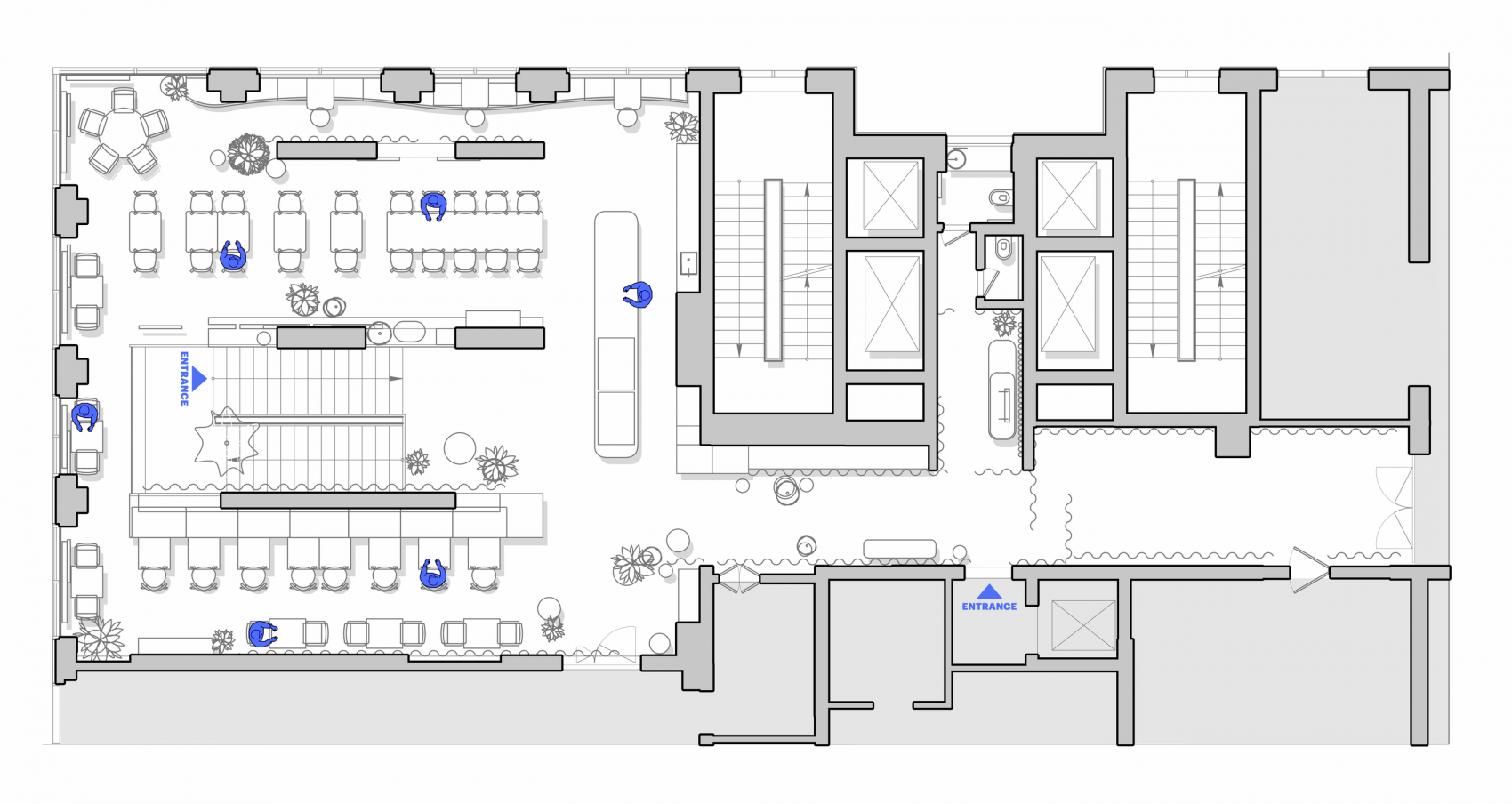 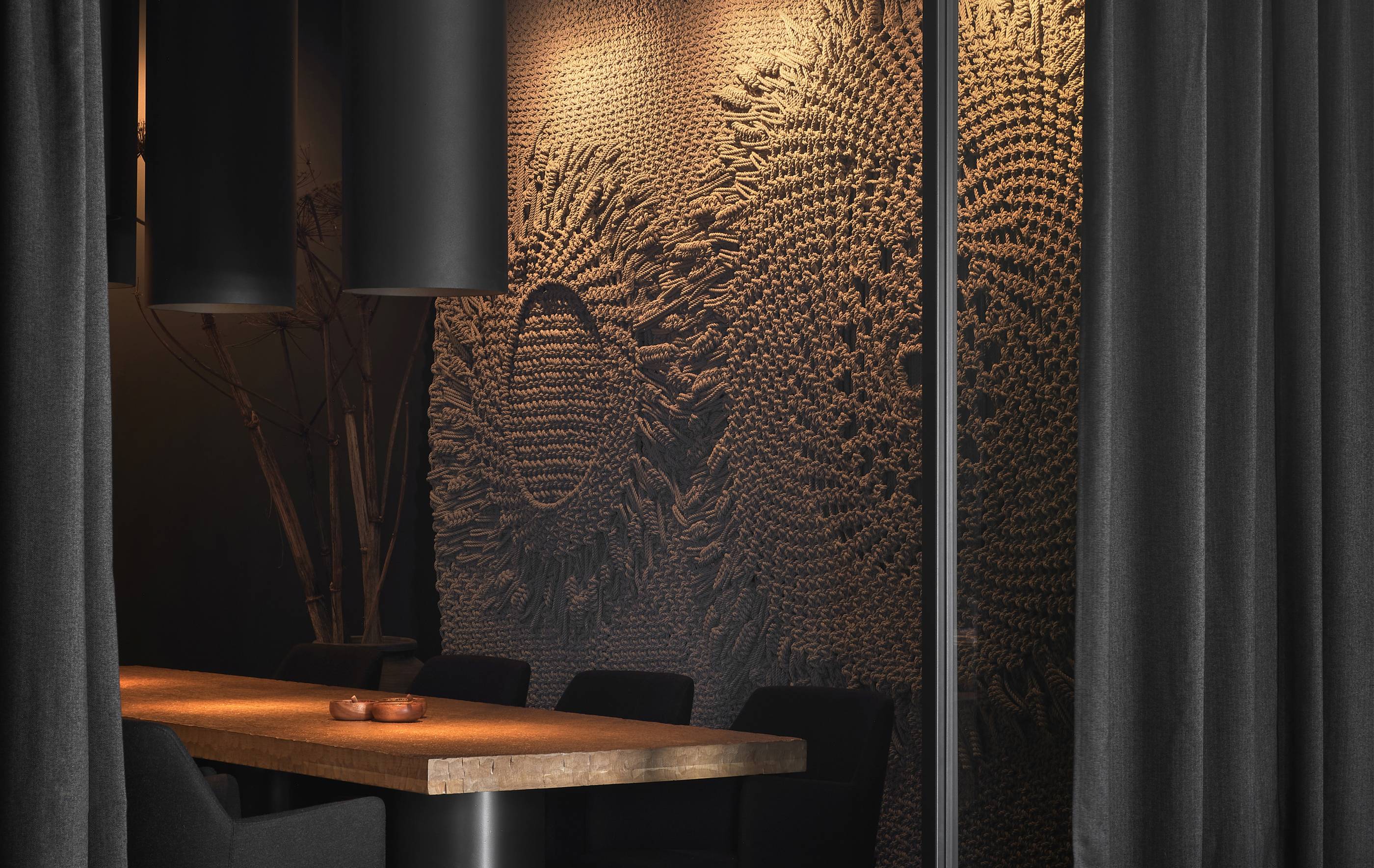