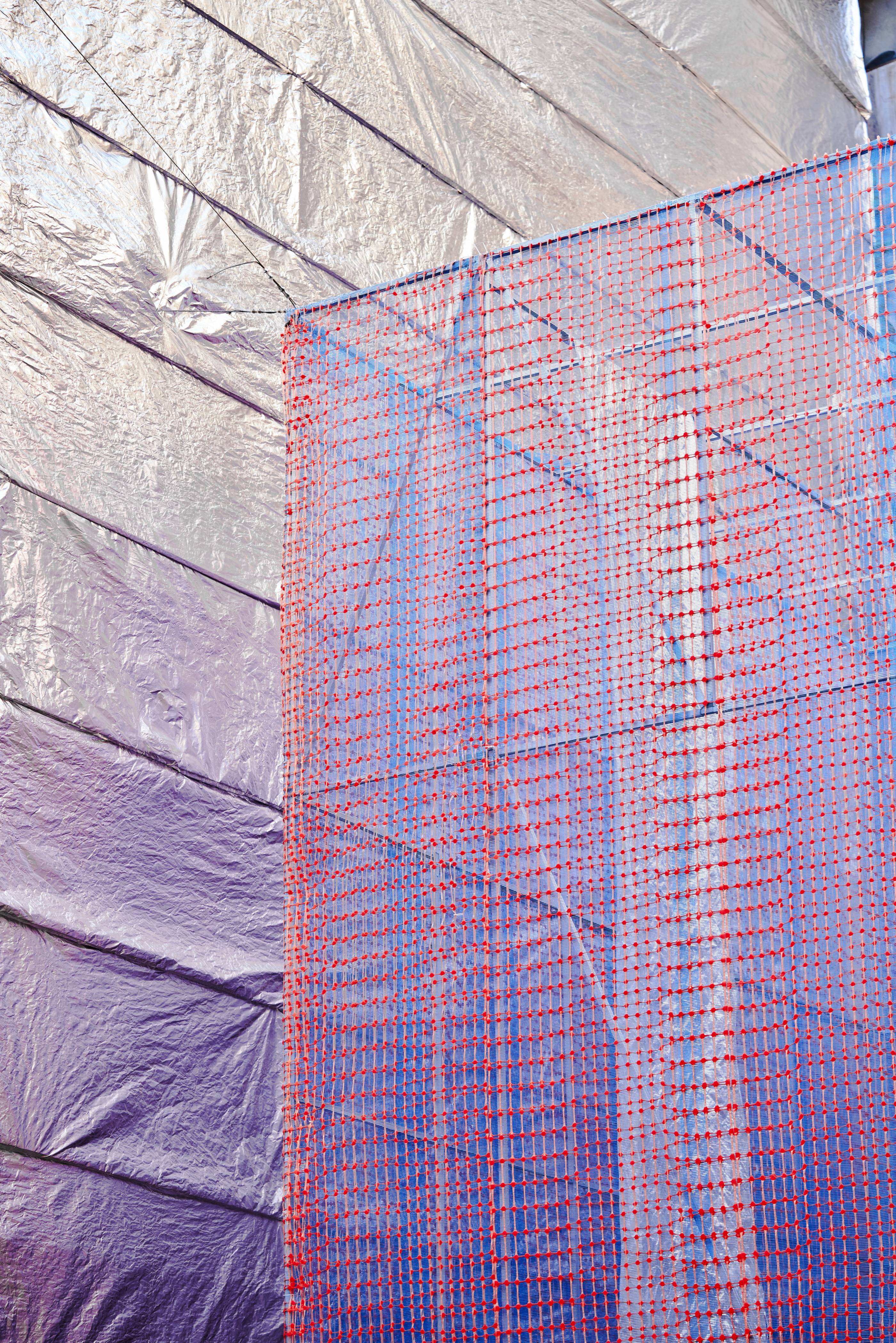 The THIRD PLACE space is housed in a historic mansion in the centre of St. Petersburg, where the Lopukhins and Naryshkin lived before the revolution; during the soviet era a railway museum was located here; the building has been abandoned for the past 15 years.

Now it is undergoing a major reconstruction under a project developed by us. The authenticity of the building will be preserved and supplemented with contrasting modern elements.

We thought it would be great to create a temporary pop-up space in the courtyard of the building, thus contributing to people's acquaintance with the new city cluster.

The architecture of the historical facades that are being restored is very beautiful in its own right, and their current condition undoubtedly carries a certain aesthetic quality. Therefore the atmosphere reminding that of ancient ruins has become one of the main zests of the courtyard.

It was oysters that served as protagonists for the launch of the pop-up project. Therefore we conceived an idea to combine the aesthetics of the mansion's abandoned courtyard with an allusion to a rugged northern beach of Aquitaine, the home of oysters.

One can see white sand here, with wooden bridging slightly raised above it, along with reeds brought from the Gulf of Finland. This view serves as a background for the bright and contrasting art objects and food corners.

We covered one of the façades which is currently being reconstructed with a reflective foil curtain that creates a bright and festive atmosphere.

One can get to the courtyard by 'plunging' into an arch in Liteiny Avenue. The bustling and noisy atmosphere of the street is immediately changed for a quiet measured mood of the northern seashore. 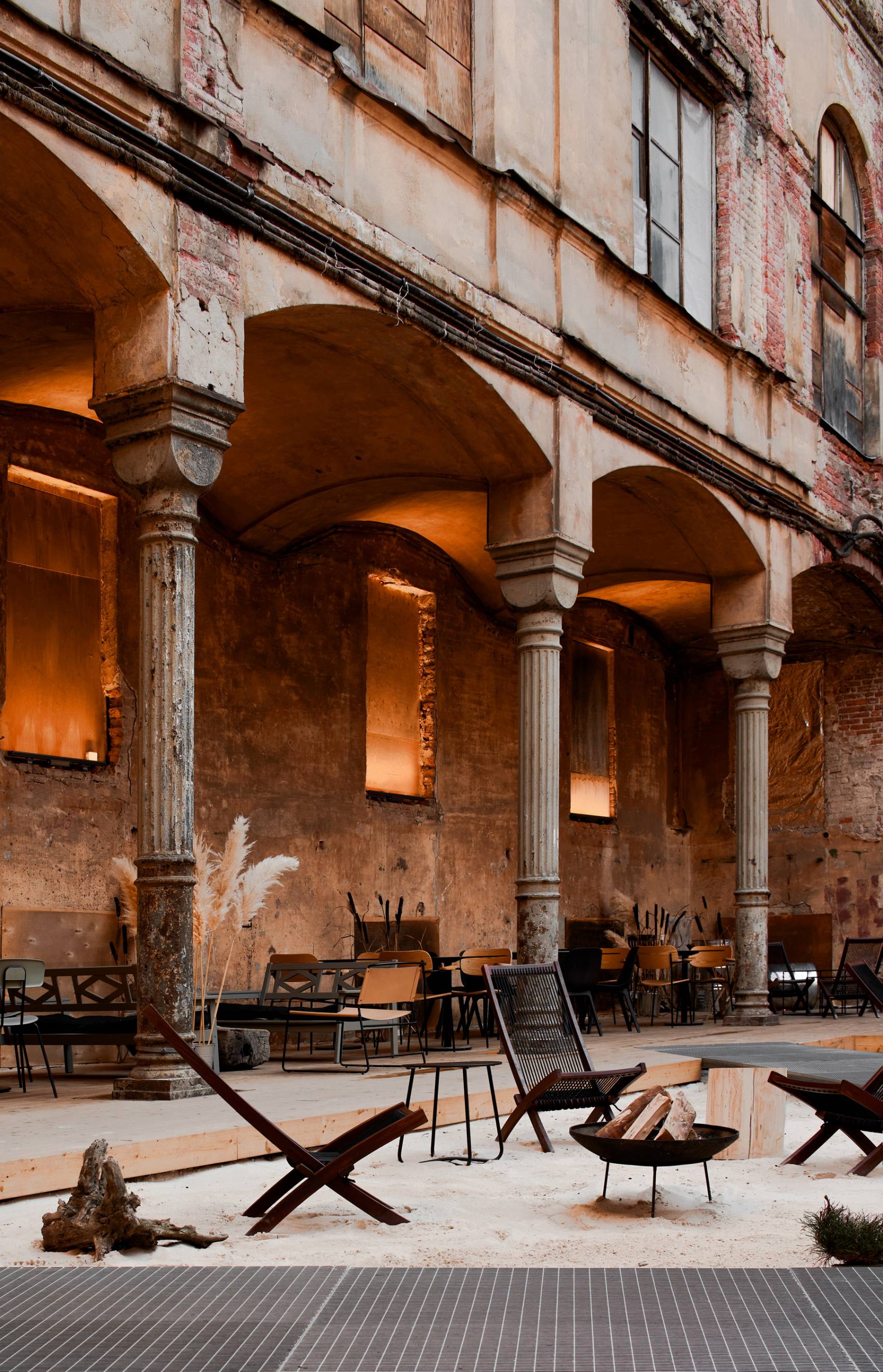 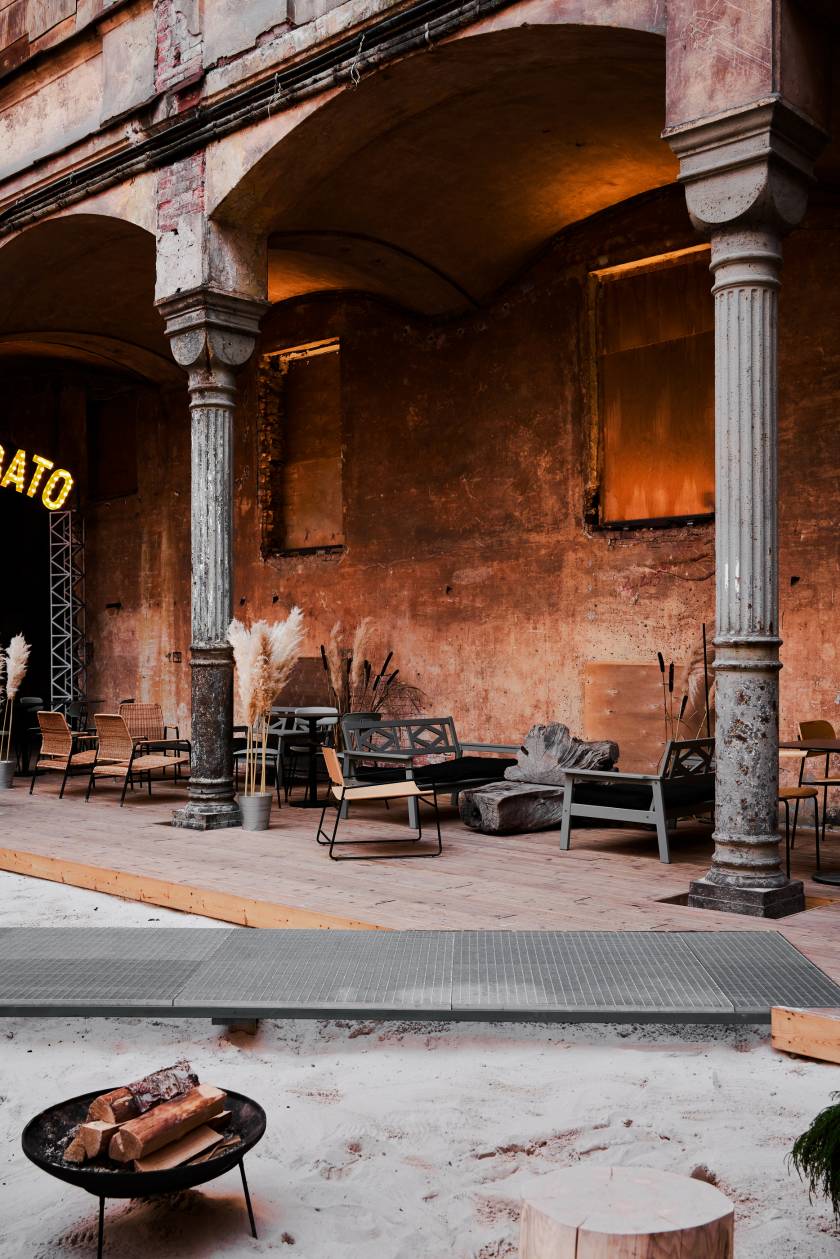 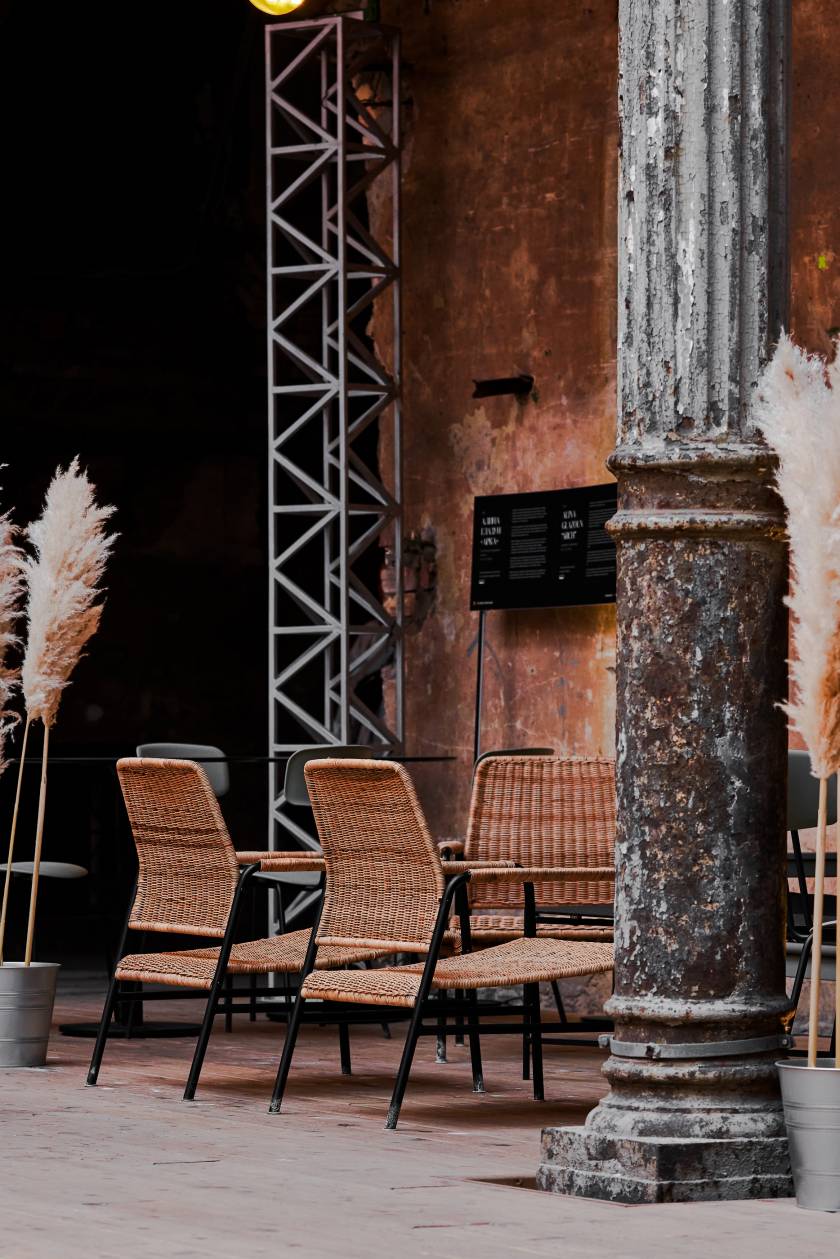 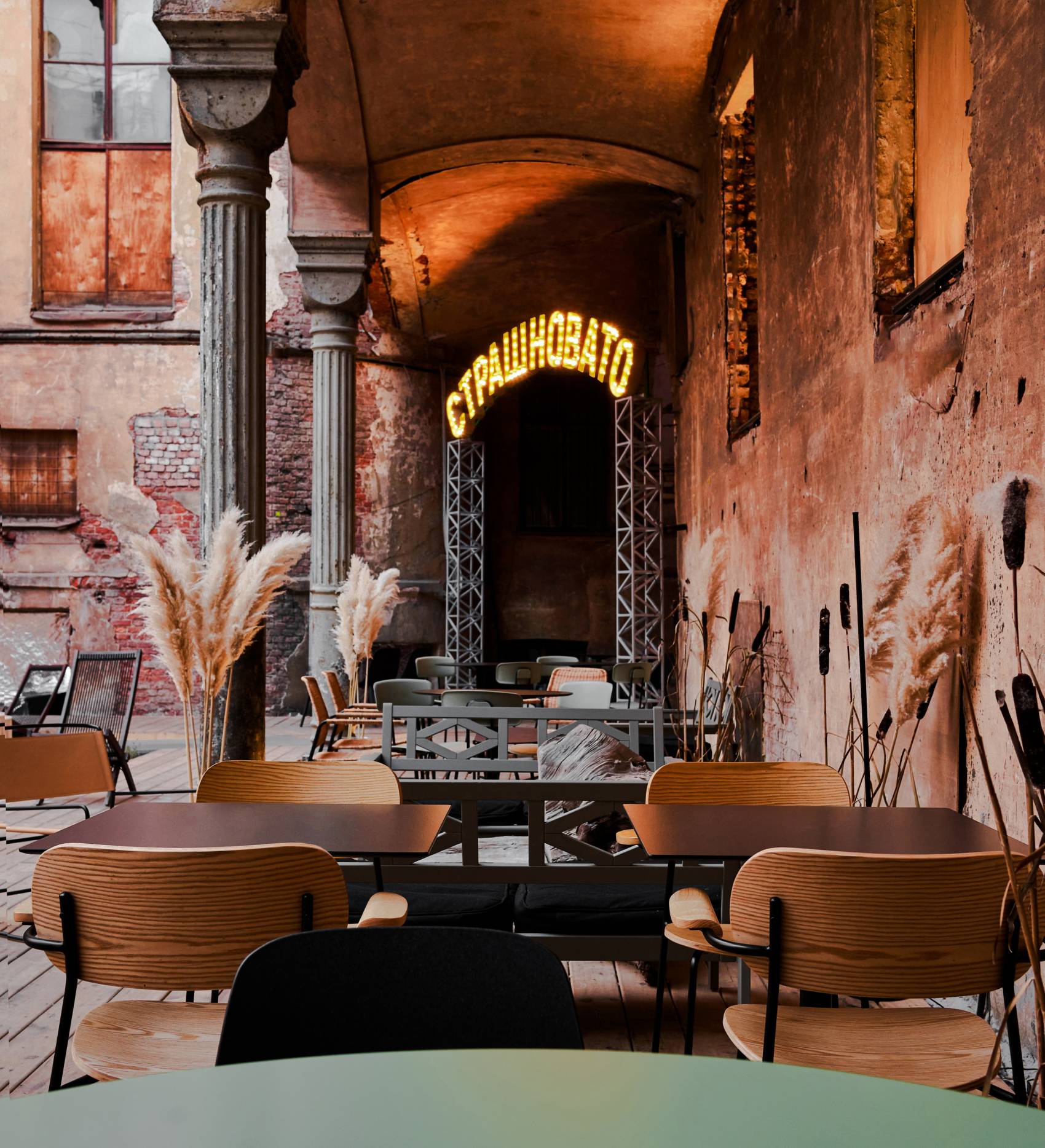 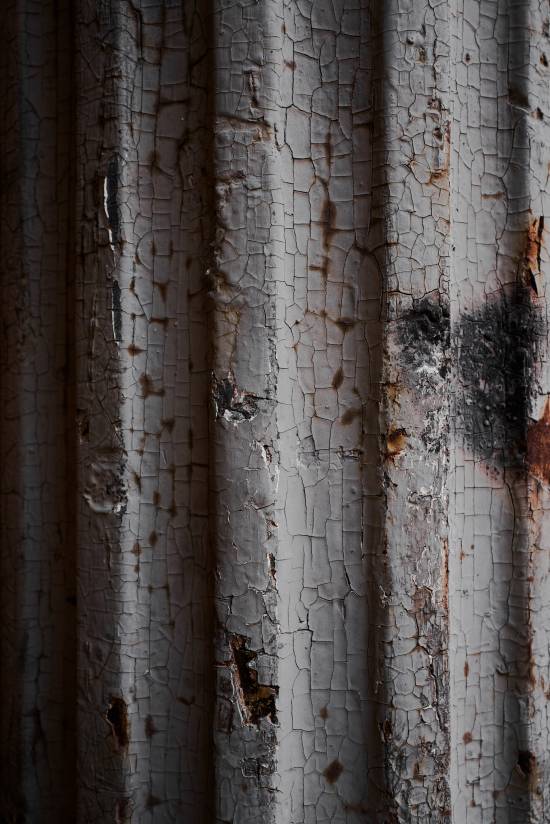 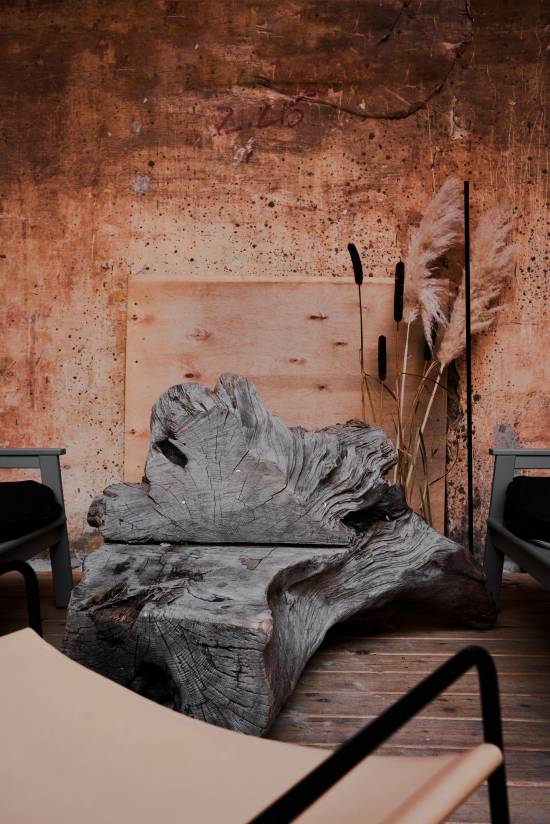 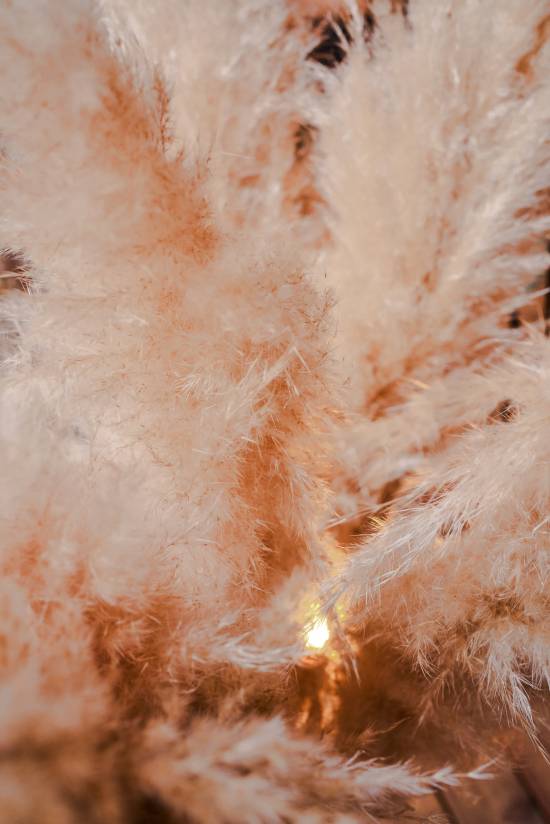 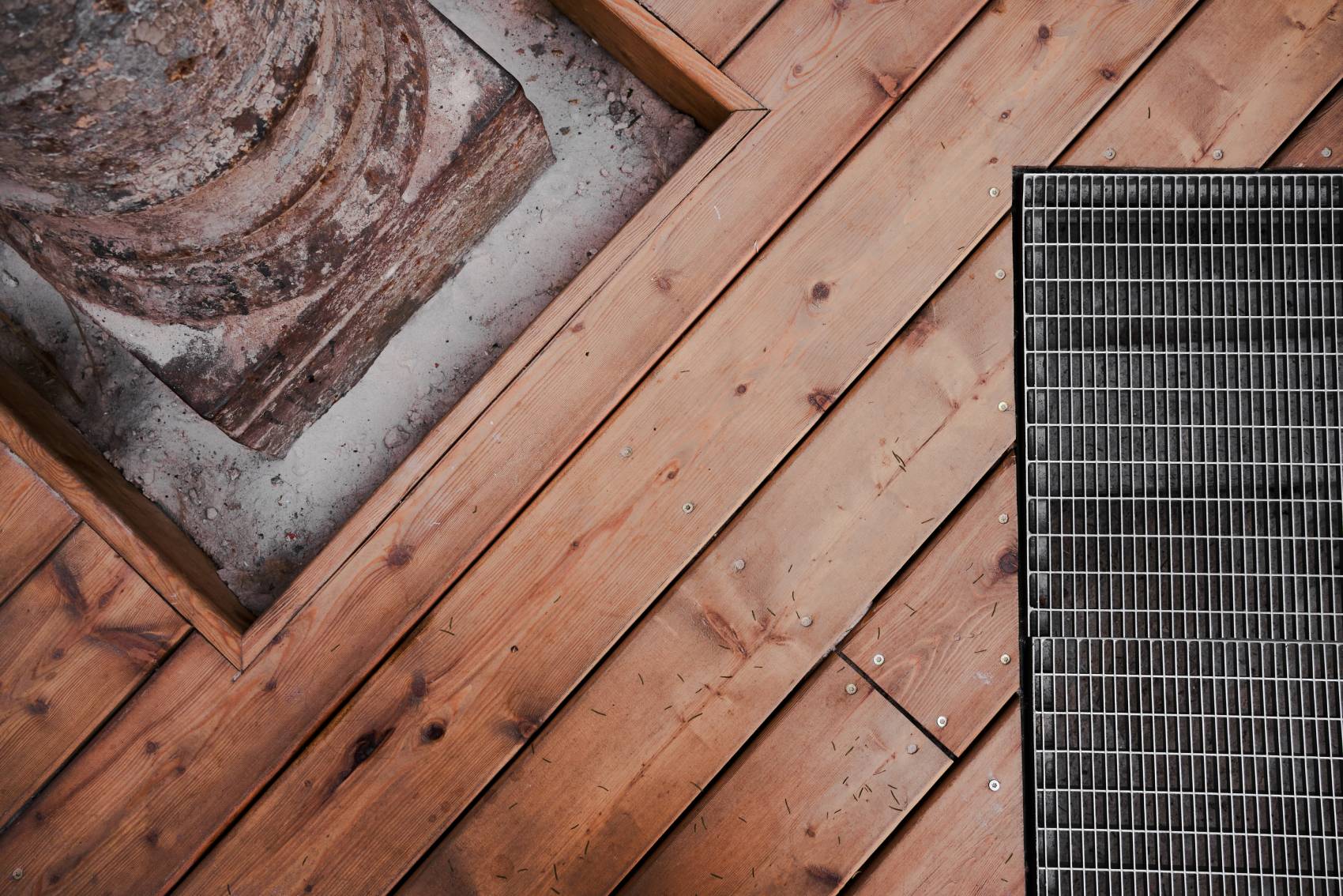 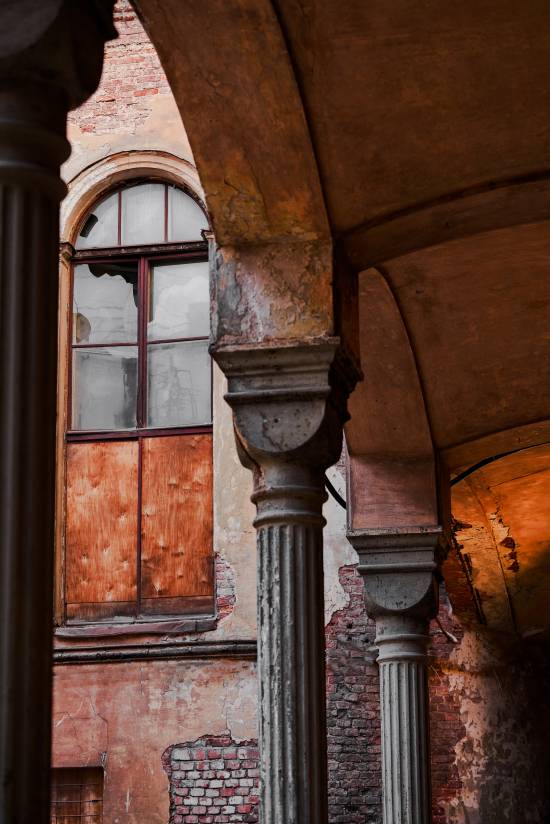 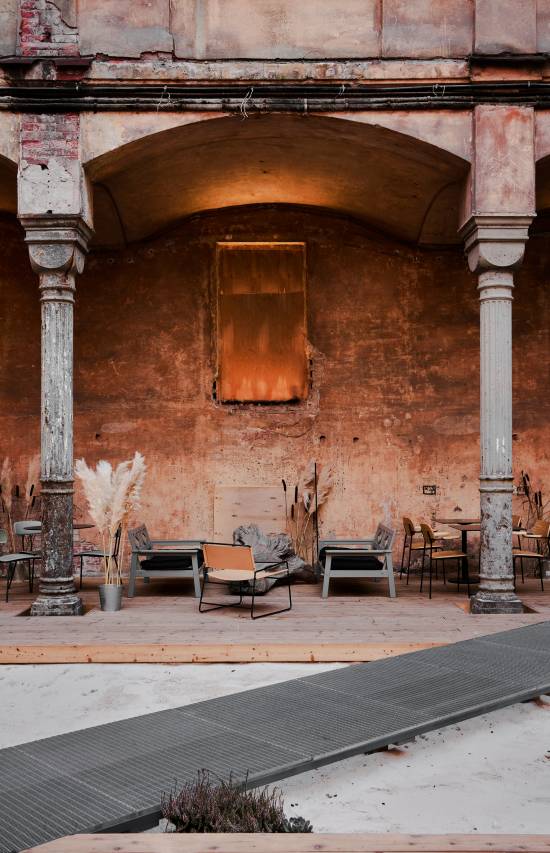 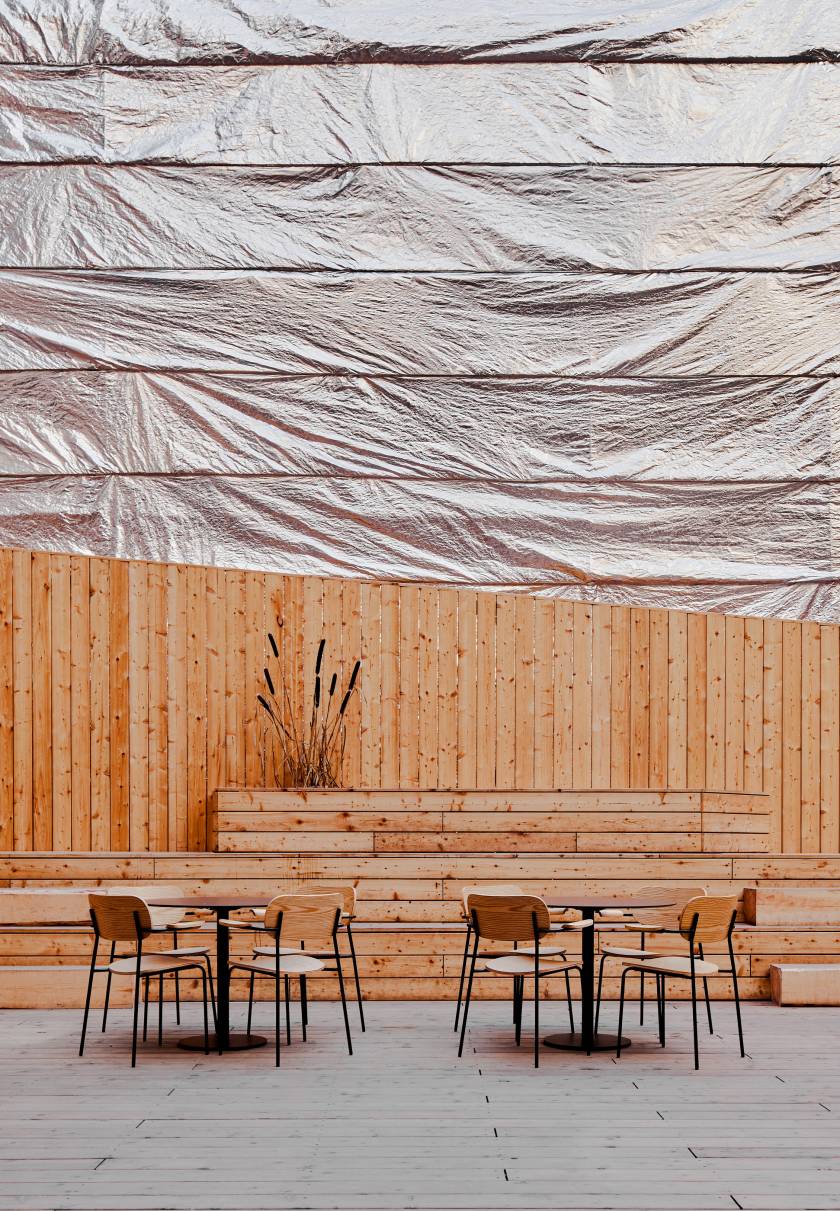 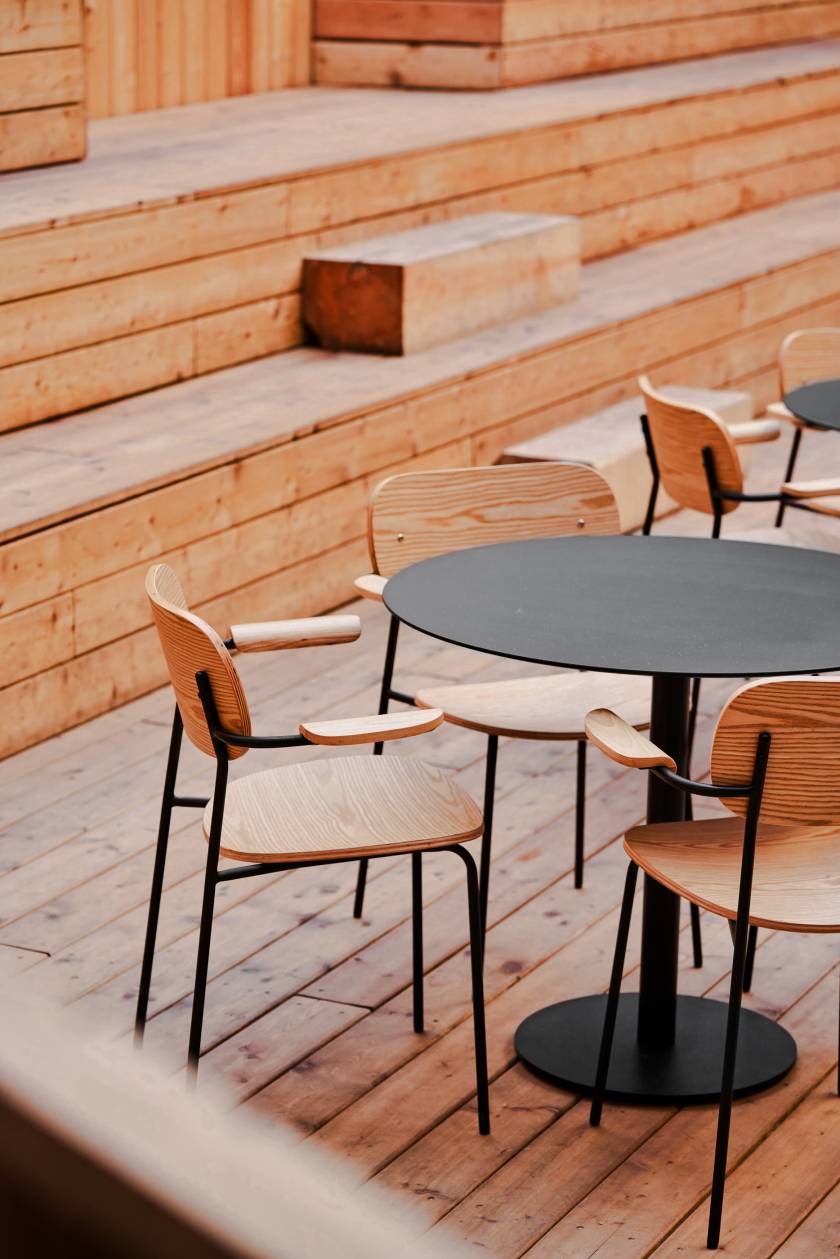 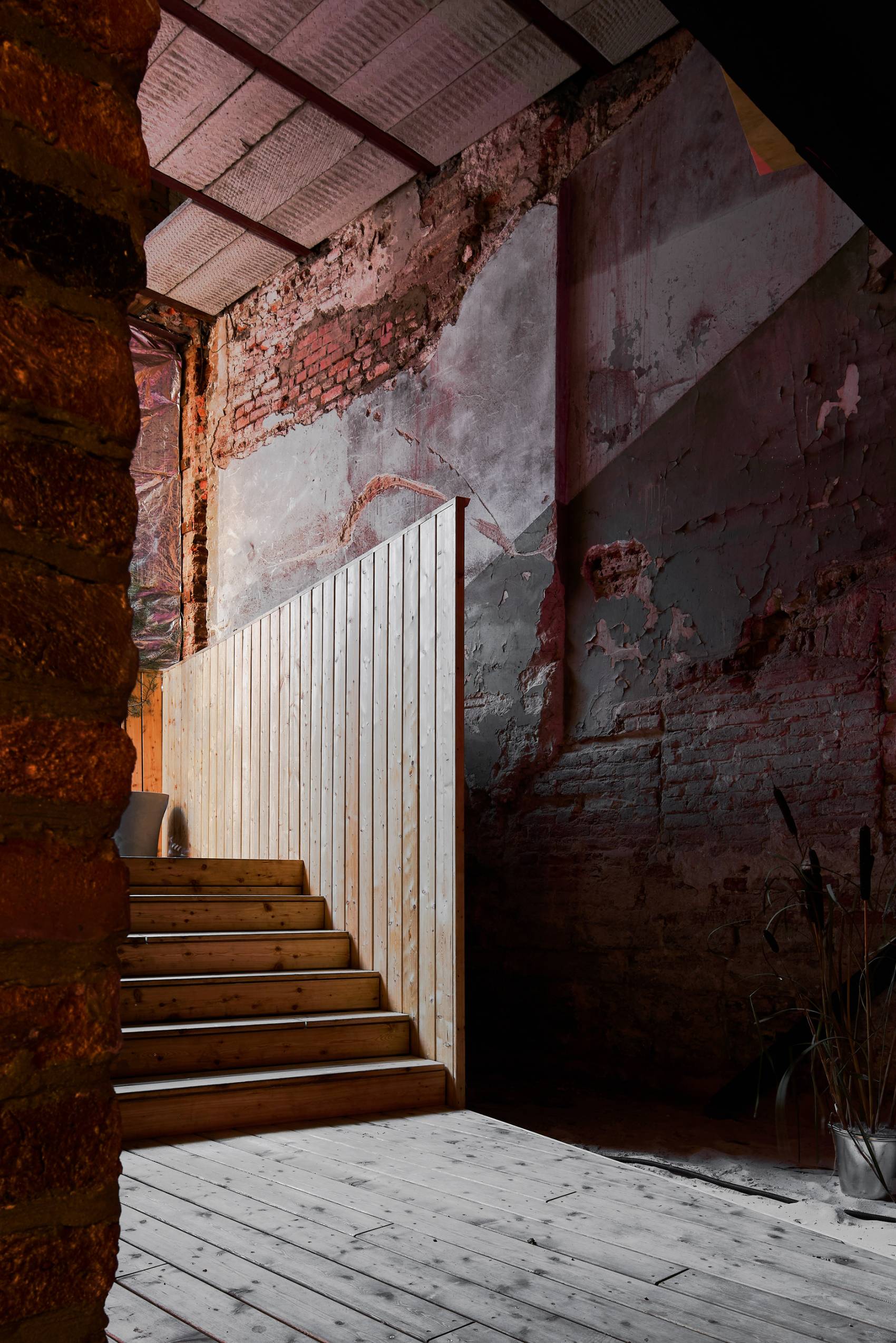 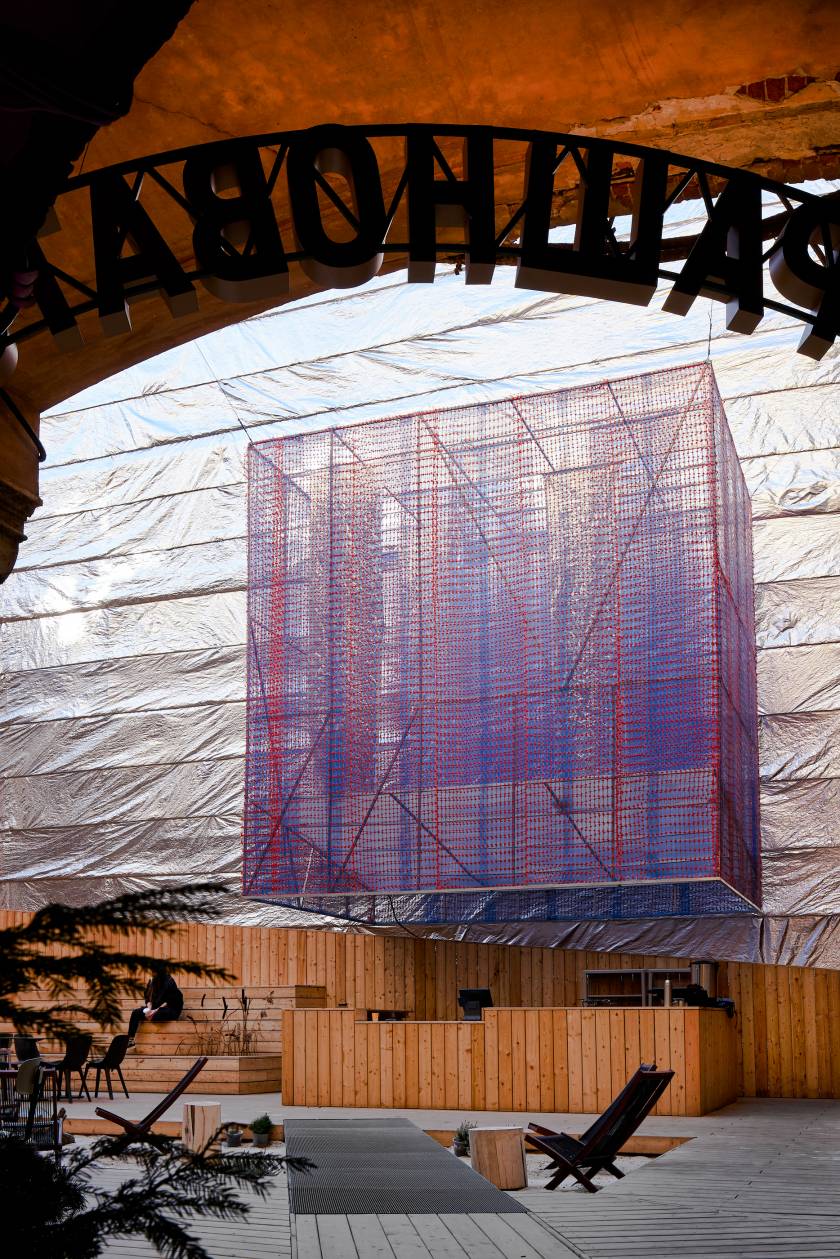 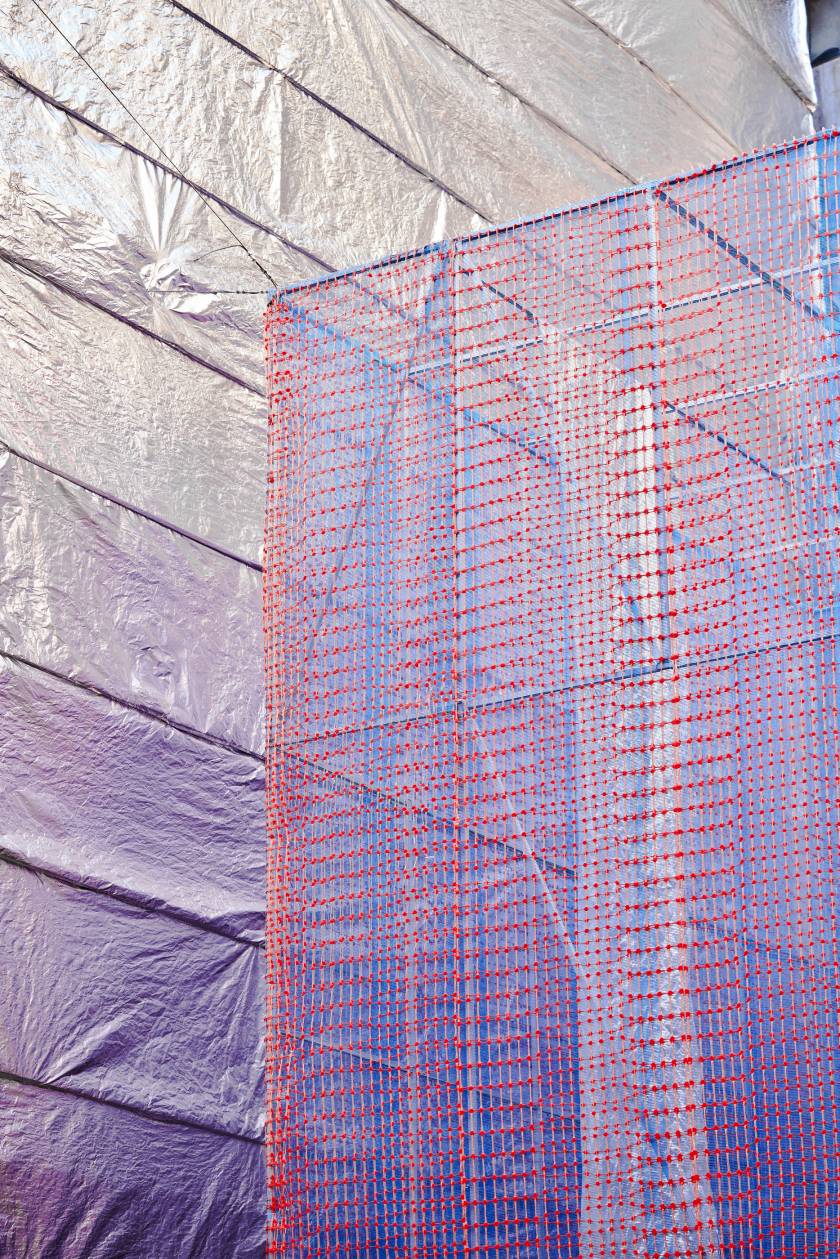 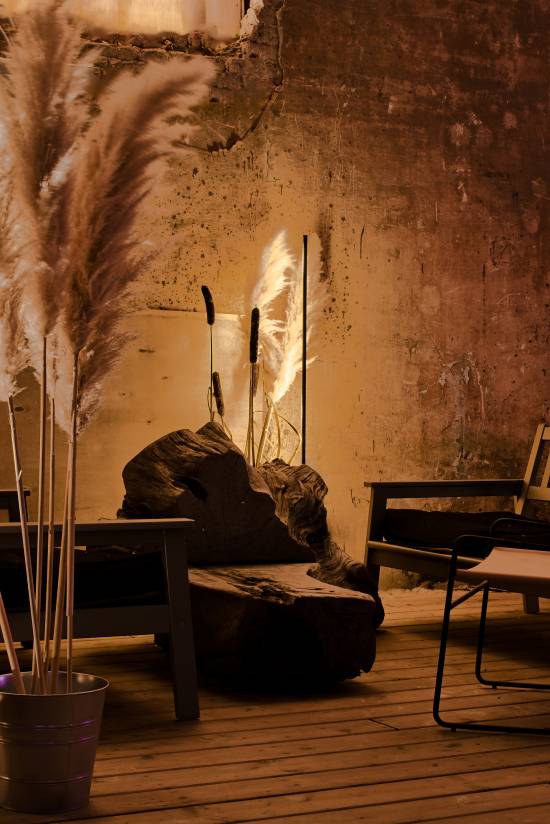 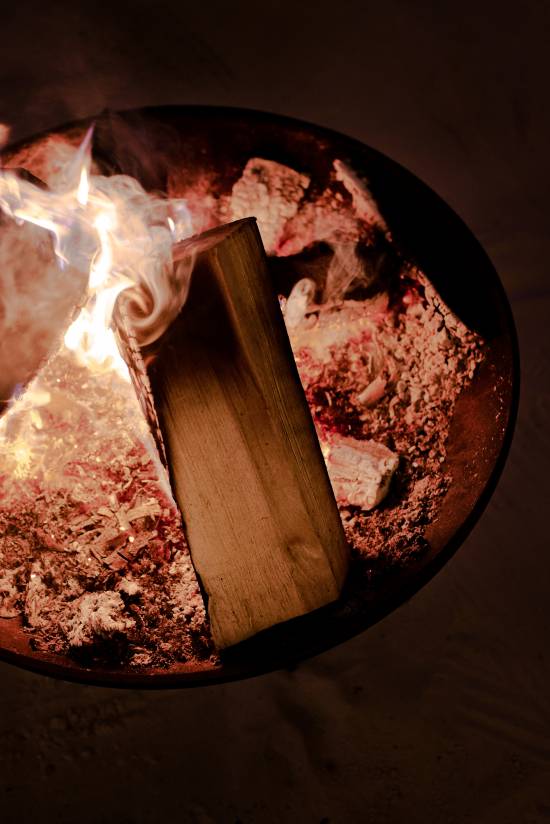 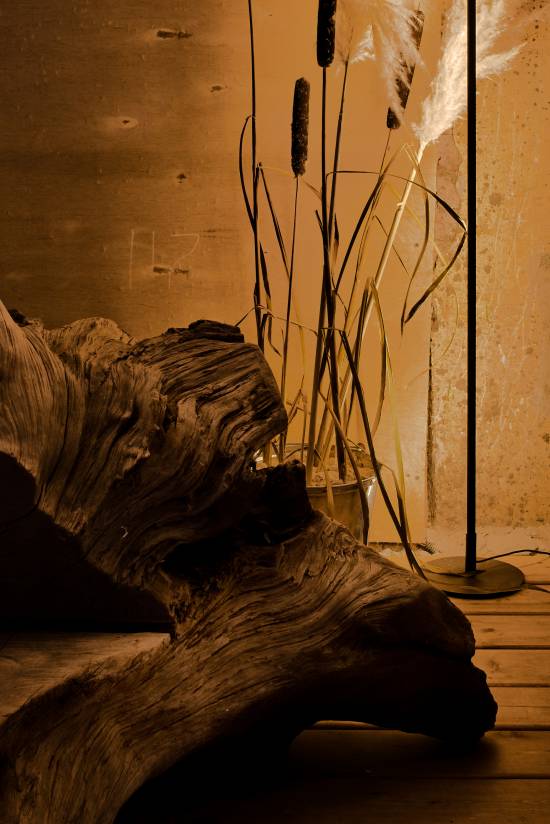 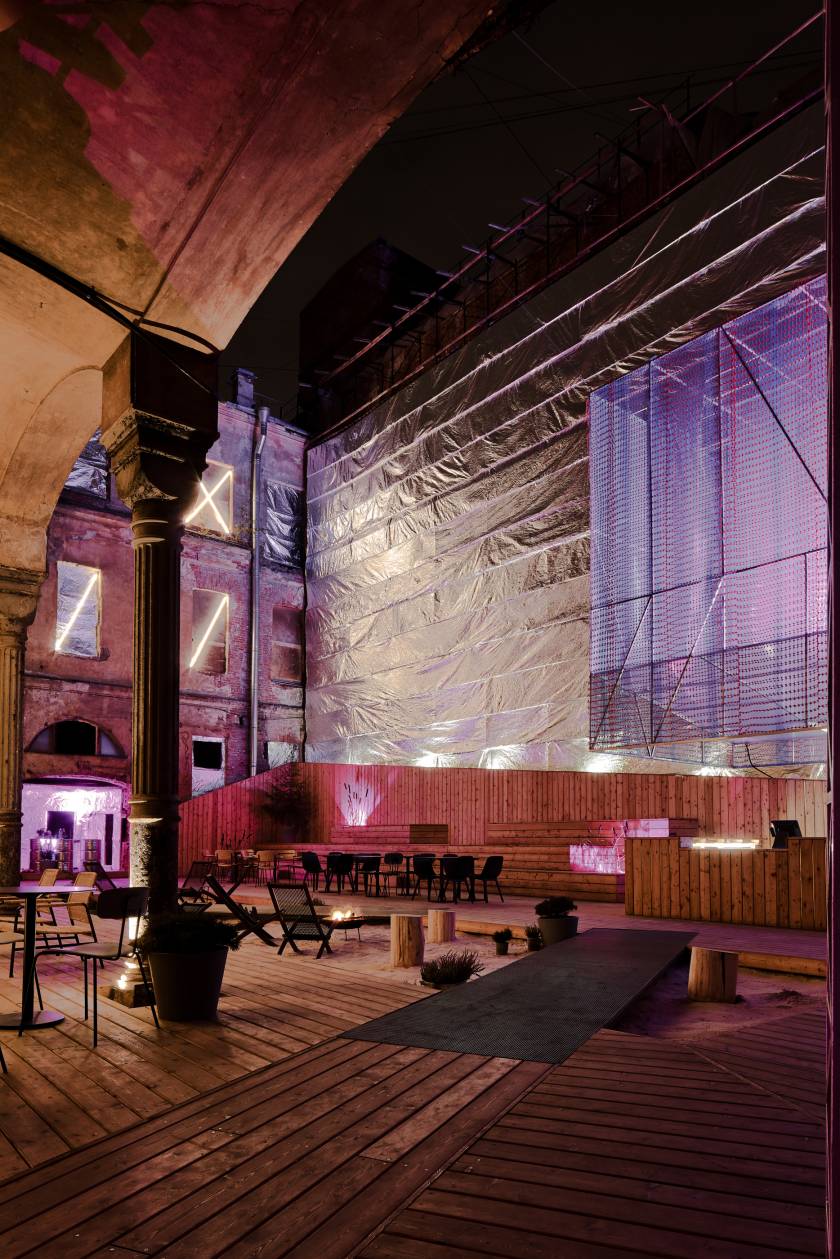 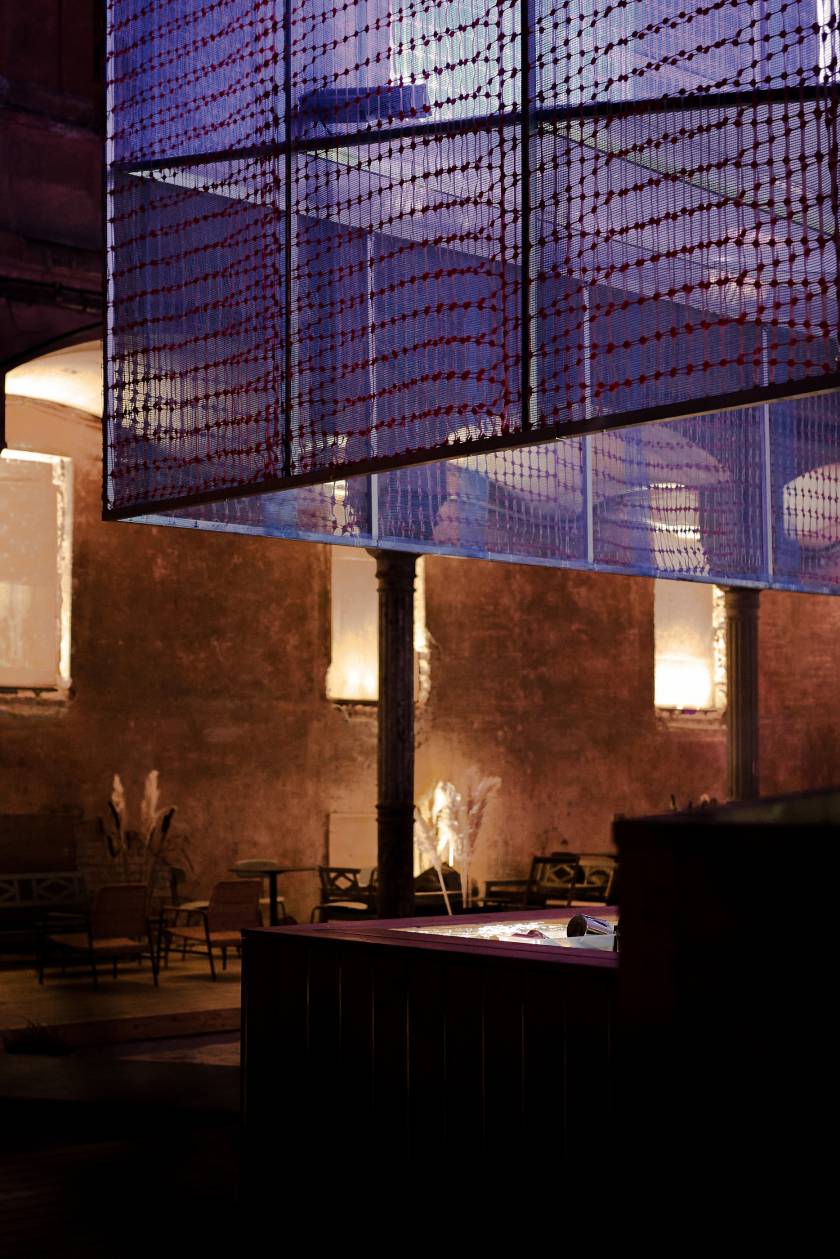 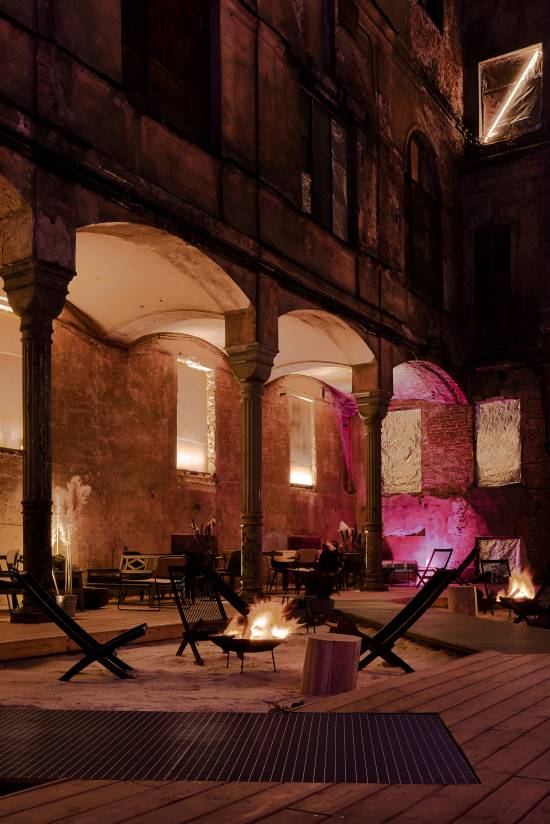 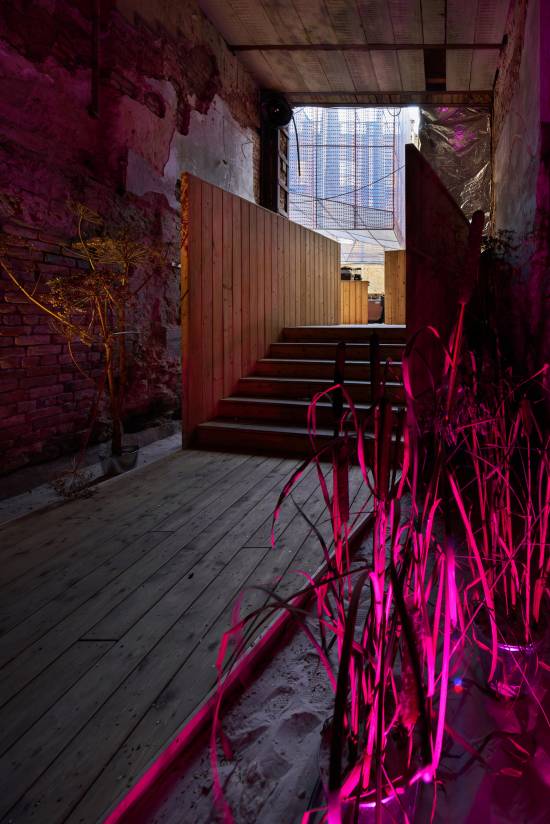 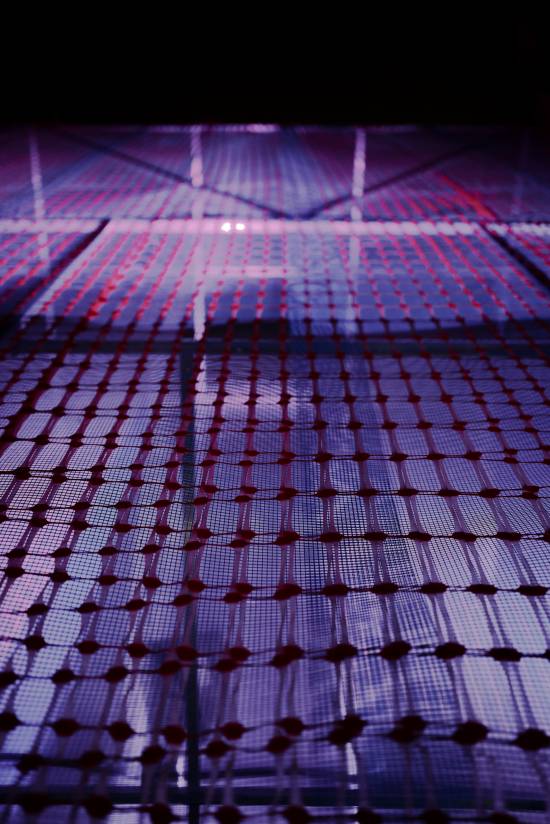 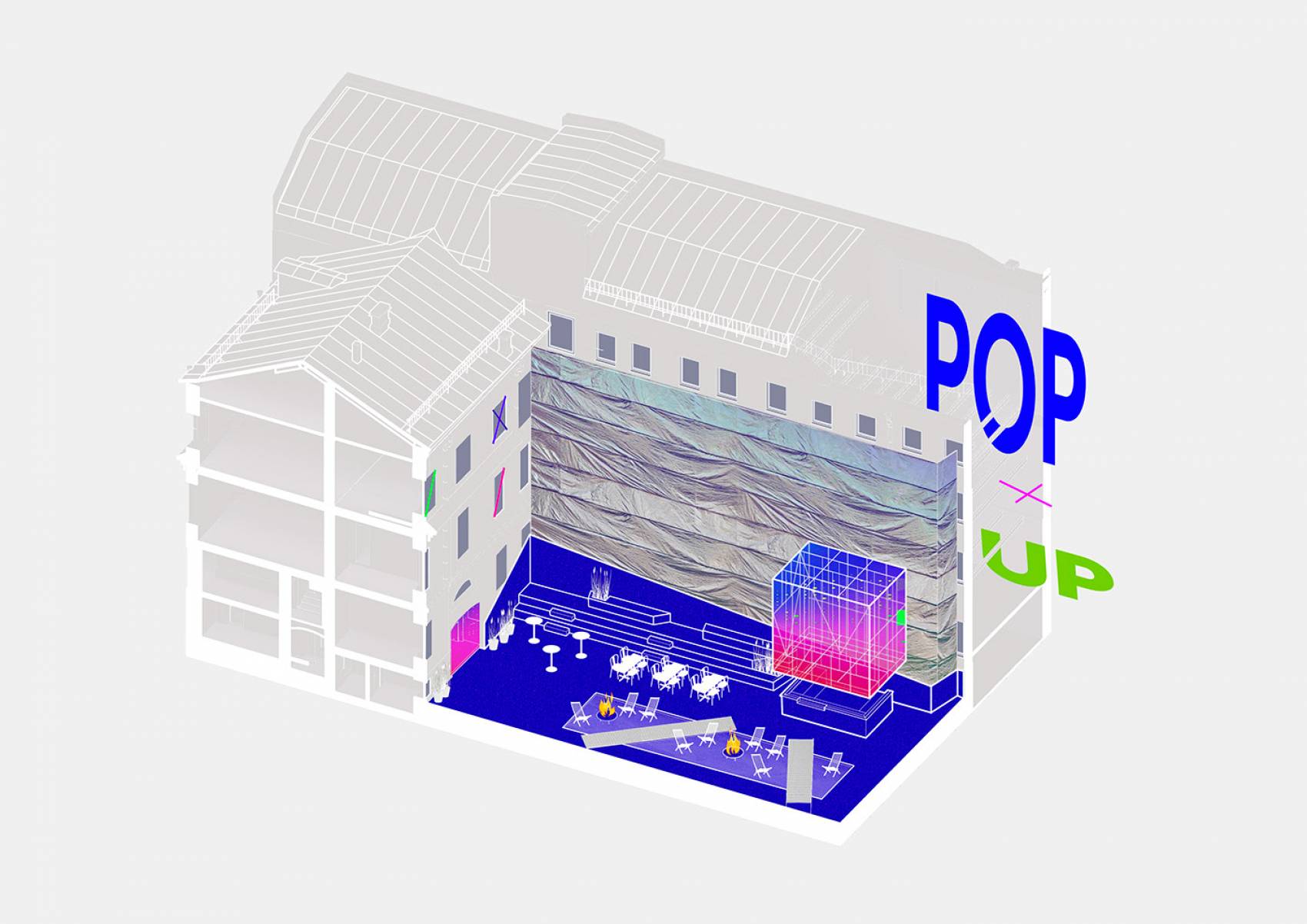 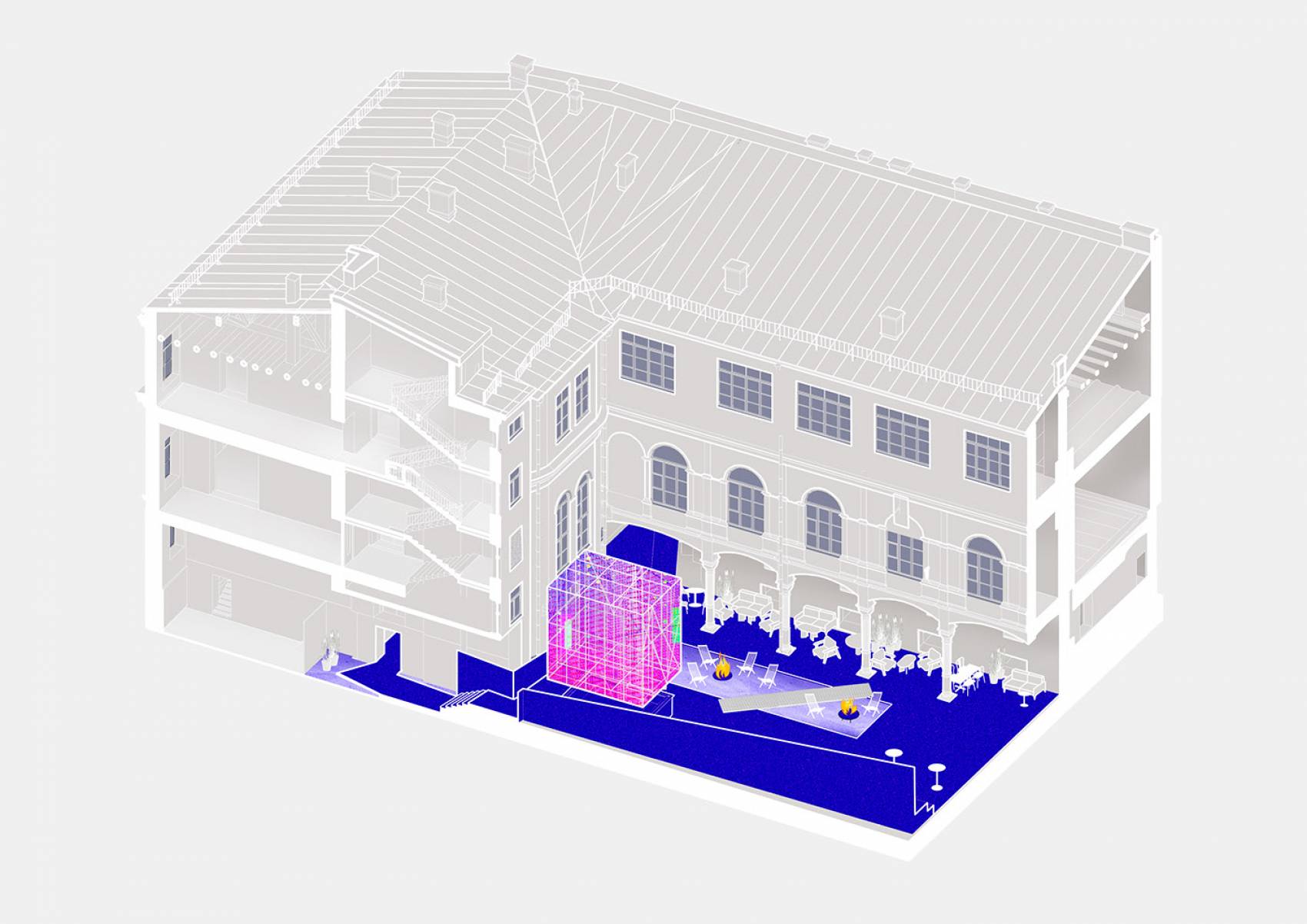 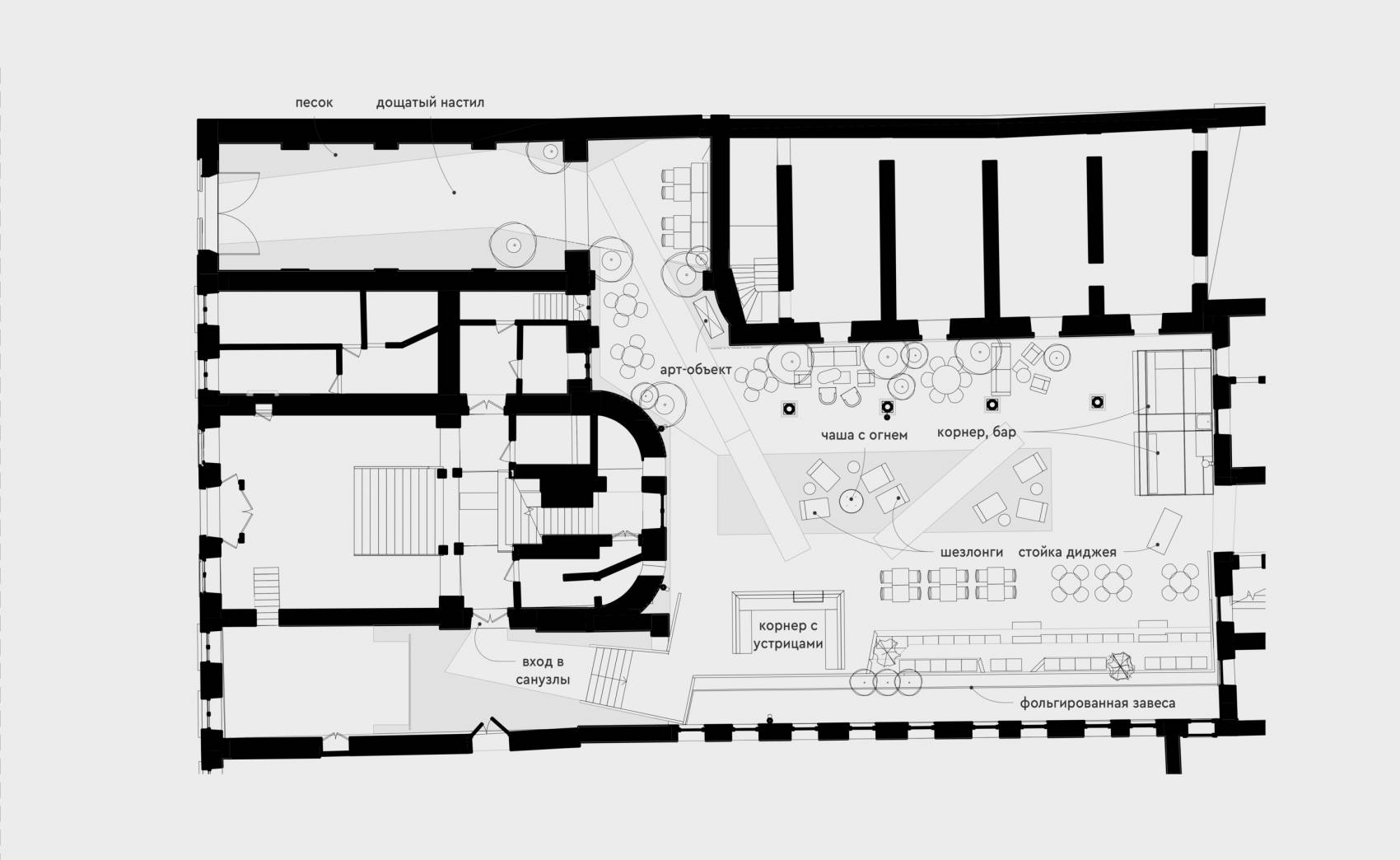 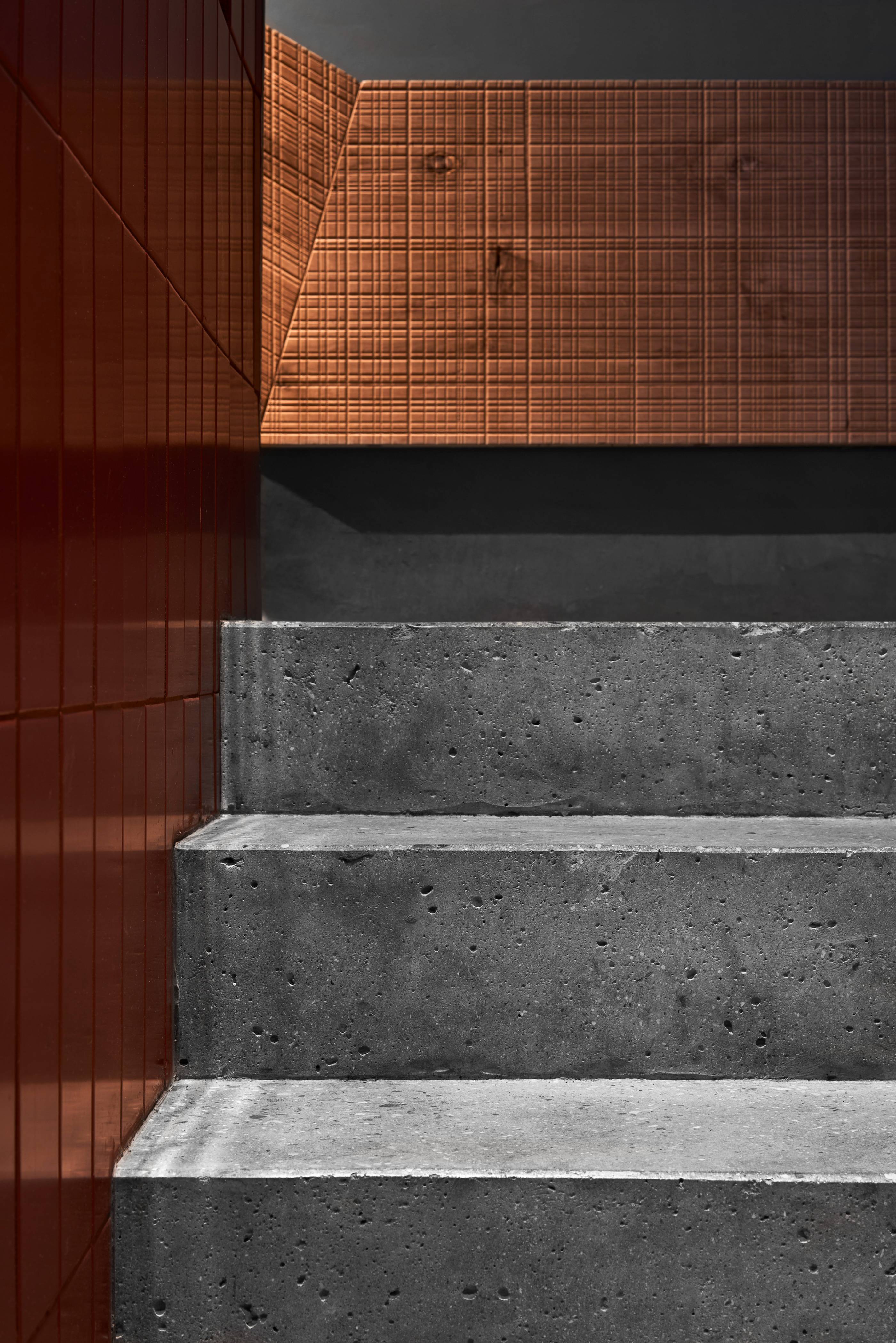